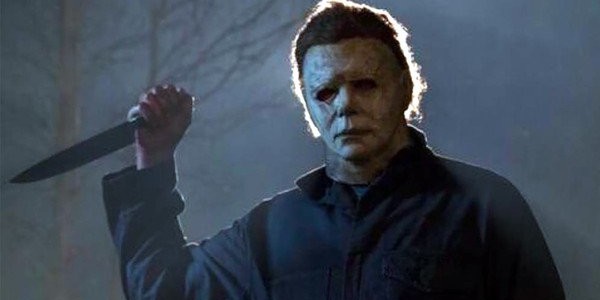 The sequels to John Carpenter’s HALLOWEEN impressively convoluted one of the most terrifyingly simple modern horror tales. Michael Myers became less a “force of nature” and turned into another silent slasher indistinguishable from the hack-and-slash knockoffs that came in the wake of the original film’s success. There are a few bright spots along the way: HALLOWEEN II retains the original’s look creating a cohesiveness, SEASON OF THE WITCH tries something completely different, and the Screamsploitation Of H20 blissfully clocks in at only 86 minutes.  The less said about Rob Zombie’s contributions to the lackluster series the better. (Are fans calling them underappreciated yet?)

Screenwriters David Gordon Green and Danny McBride (who will himself appear as an unstoppable killer of sorts in ARIZONA which played at this year’s Overlook Film Festival) have wisely eschewed the post-EMPIRE STRIKES BACK brother sister nonsense and the bonkers—if inventive—Cult Of Thorne subplot to create a direct sequel to the 1978 classic. Blumhouse puts out some trash, but there’s no doubt that they have an interest in releasing quality genre gems (look no further than this year’s UPGRADE), and have a fool proof formula for making money doing so.

HALLOWEEN ‘18 finds Jamie Lee Curtis’ Laurie Strode older and tougher, like Linda Hamilton in TERMINATOR 2: JUDGMENT DAY waiting for Michael Myers to return. The trailer is loaded with moody Halloween imagery, babysitters, and opens up with a terrifically impressive—and creepy—shot of Myers’ new mental institution digs. Director Green really seems to be swinging for the fences, delivering the HALLOWEEN movie that he’s always wanted to see. There is a certain “the creator of the first returns to bring you the last” vibe with Carpenter returning as Executive Producer and composer, and the film seems to be a mirror image of the original, sort of recalling the vibe of THE FORCE AWAKENS. There are a few slick nods to the original film (could Ben Tramer show up??) and this latest entry in the HALLOWEEN franchise appears to be taking a back to basics approach inspired by John Carpenter’s immortal classic; the filmmakers even finally got the mask right.

Let’s face it though, all we really needed to hear was that iconic theme.