This is my STAR WARS.

There’s no writer whose work I follow closer than Joe R. Lansdale, and there are no filmmakers who have done him justice quite like Jim Mickle and Nick Damici, who have adapted this property to series. While Lansdale has written plenty of stand-alone novels, he has done several that were connected, and of those he returns most often to his smart-mouthed protagonists Hap Collins and Leonard Pine.

More like brothers than friends, Hap and Leonard are good-natured but cranky Southerners with a talent for finding trouble. Hap is white and straight and Leonard is black and gay. This isn’t a problem for either of them but it’s sometimes a problem for others, at which point those others usually get their faces kicked in. James Purefoy is playing Hap and Michael K. Williams is playing Leonard. Both have played iconic characters before — Purefoy did a fine job as Robert E. Howard’s Solomon Kane and Williams is of course most famous for creating the role of Omar Little on The Wire. Compared to most iconic characters, Hap and Leonard are much more down-to-earth and rough-and-tumble. They’re a fine fit for television because a two-hour movie wouldn’t be enough. You’re going to want more of them.

This casting is solid — James Purefoy is extremely British and therefore a surprising choice for Hap, but Michael K. Williams is note-perfect casting for Leonard. That’s a casting move on the level of Ewan McGregor as young Obi-Wan Kenobi or Robert Downey Jr. as Tony Stark, or whatever you need to compare it to in order to get as fired up as more conventional nerds do. Also on board are Mad Men‘s Christina Hendricks as Hap’s ex-wife (Hap has a bunch of fiery exes), and a pair of actors who gave incredible performances in lesser-known horror films — Bill Sage who was so unforgettable in Mickle & Damici’s WE ARE WHAT WE ARE, and Pollyanna McIntosh who was so unbelievable in THE WOMAN. Long story short, Joe Lansdale’s work is as scary as it is funny, and these are exactly the kind of people you want to see in the credits for a project like this one. Trust me, it’s exciting.

Keep an eye on the official site for updates. Follow Joe Lansdale on Twitter and find him on Facebook. But whatever you do, go buy those damn books. 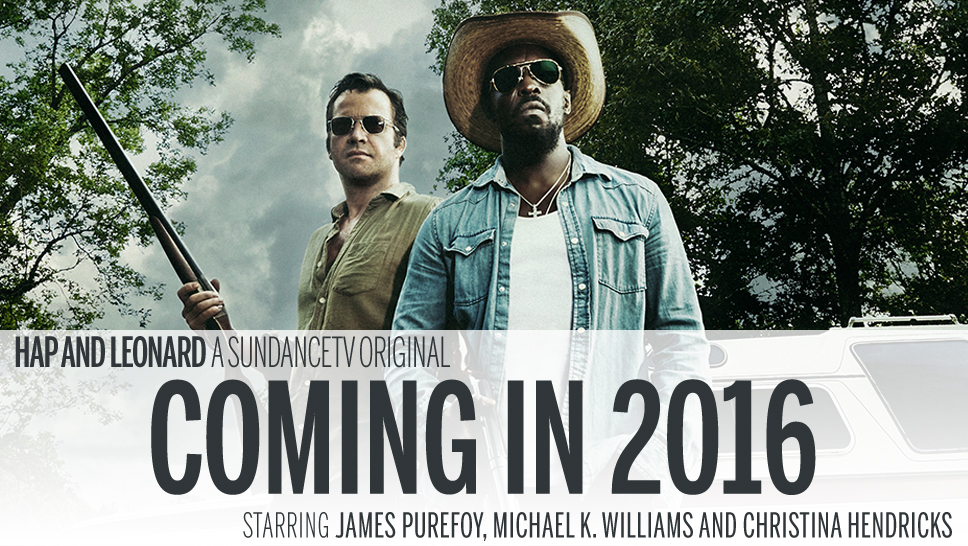 For more of my coverage of Lansdale, here are some links: