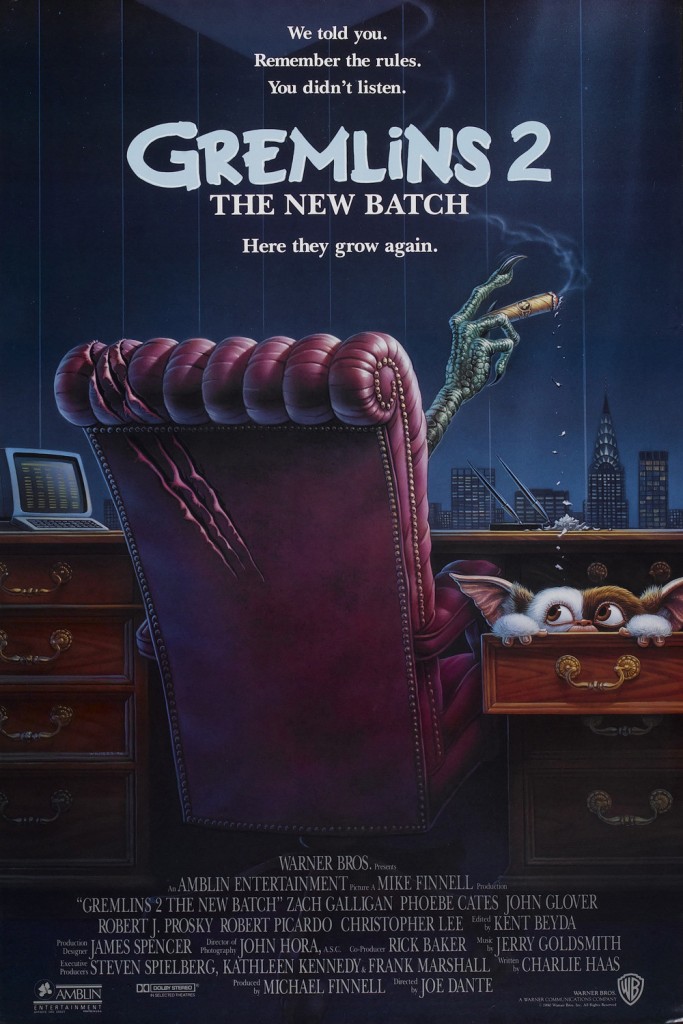 When the positioning of the great sequels are debated – FOR A FEW DOLLARS MORE; THE GOOD, THE BAD & THE UGLY; DAWN OF THE DEAD; THE GODFATHER PART II; ALIENS; THE COLOR OF MONEY; HELLBOY 2; INDIANA JONES & THE LAST CRUSADE; T2: JUDGMENT DAY; EVIL DEAD 2; SPIDER-MAN 2; ANNIE HALL: THE QUICKENING – nobody ever seems to remember to mention the great Joe Dante’s gloriously deranged GREMLINS 2: THE NEW BATCH. 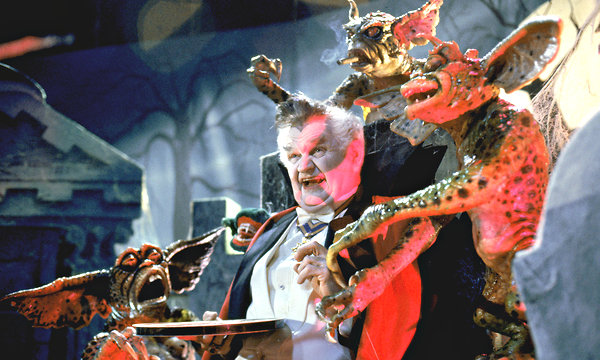 GREMLINS 2 takes everything that worked about the first GREMLINS, and escalates the stakes and the story, forever changing and affecting the lead characters, in particular Gizmo the Mogwai (voiced again by Howie Mandel in what is very definitely the greatest thing he will ever do with his life). GREMLINS 2 takes the action away from small-town Kingston Falls and transplants it to New York City, where Gizmo is stolen away to the laboratory wing of the corporate monolith known as Clamp Enterprises. The company has its thumb in many pies and is the brainchild of multi-billionaire Daniel Clamp (John Glover), who may be somewhat arrogant and short-sighted but in every other way is far more likable than any real-life arrogant, short-sighted New York celebrity-improbably-turned-President-of-the-United-States who he may or may not accidentally resemble. Daniel Clamp is probably the way the #MAGA hordes see that guy when they look at him fumfering through his calamitous press conferences. They wish. (I wish.) 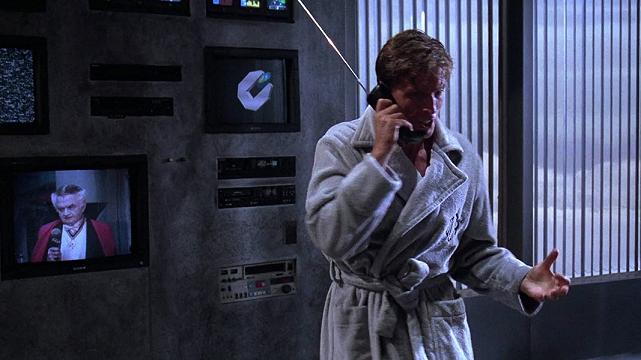 The lab in the Clamp building is run by the excellently-named Dr. Catheter, who is played by the legendary Christopher Lee and as such, you already know has nefarious tendencies. Inevitably, the rules are broken and Gizmo is splashed with water, which unleashes a horde of ravenous little beasties led by a spiritual descendant of the first movie’s villain, Stripe, now known as Mohawk (voiced again by the perennially-undersung voice actor Frank Welker). 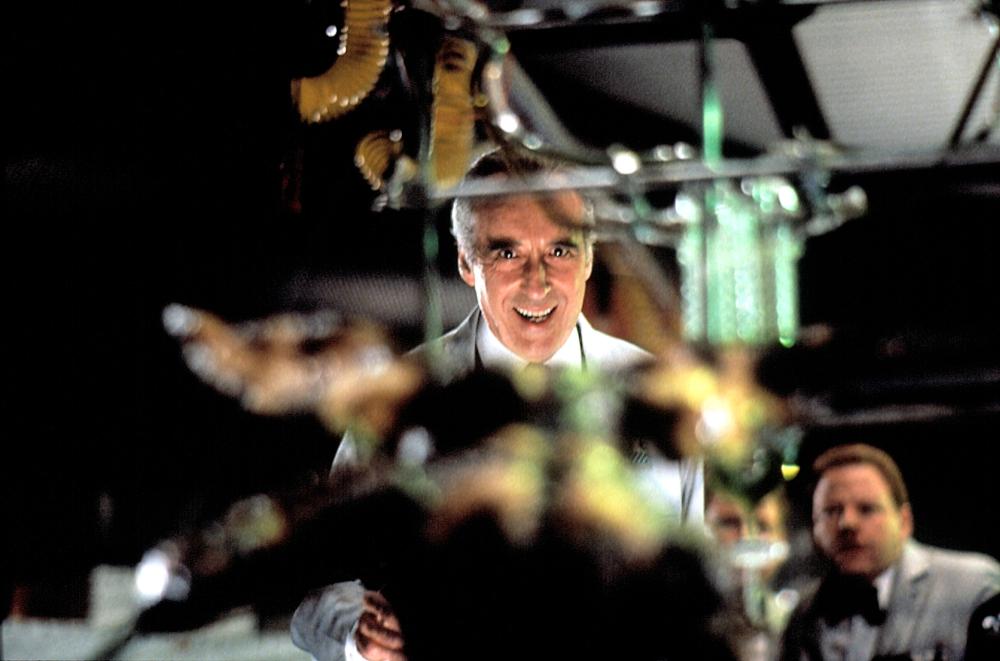 Luckily, Gizmo has some allies. He’s again joined by his best buddy Billy Peltzer (Zach Galligan, who surely must resent Zach Galifianakis for rising to prominence with a similar and trickier name) and by Billy’s girlfriend-but-now-fiancée Kate (played again by Phoebe Cates, who sure didn’t get any less cute in between 1984 and 1990), both of whom now work in the Clamp Building, and by their Kingston Falls neighbor Murray Futterman (the eternally marvelous Dick Miller) and his wife Sheila (Jackie Joseph), who happen to be vacationing in the big city. 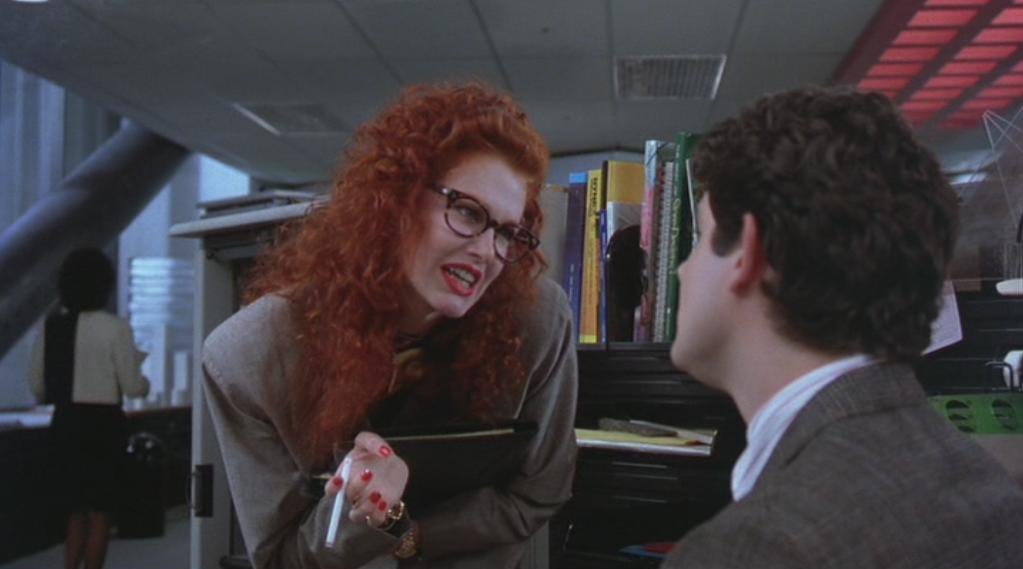 There’s also Billy’s new boss Marla (Haviland Morris, who was so great and funny in this movie but has now apparently retired to sell real estate), and children’s television host Grandpa Fred (Robert Prosky, as friendly here as he was menacing in Michael Mann’s THIEF). Daniel Clamp himself becomes an unlikely ally to the group, his chief of security (played by Dante regular Robert Picardo) a little less so. Robert Picardo’s eventual fate was thoroughly disturbing to me when I first saw GREMLINS 2 back in 1990. But it, and everything else in the movie, is the logical progression of the old Warner Brothers cartoons worshiped by Joe Dante in general and this movie in particular. And I’ve progressed, and now I see it as sort of almost romantic, like the ending of SOME LIKE IT HOT. Nobody’s perfect! GREMLINS 2 opens with animation by the great Warner director Chuck Jones, who made arguably the best of the Bugs Bunny and Daffy Duck cartoons. Outside of the animation world, the filmmakers most influenced by Chuck Jones’ work are Steven Spielberg (who exec-produced the GREMLINS movies) and Joe Dante, who repaid the debt with his homage here and when he later directed 2003’s LOONEY TUNES: BACK IN ACTION, which really doesn’t get enough credit I think. More on that one another time. 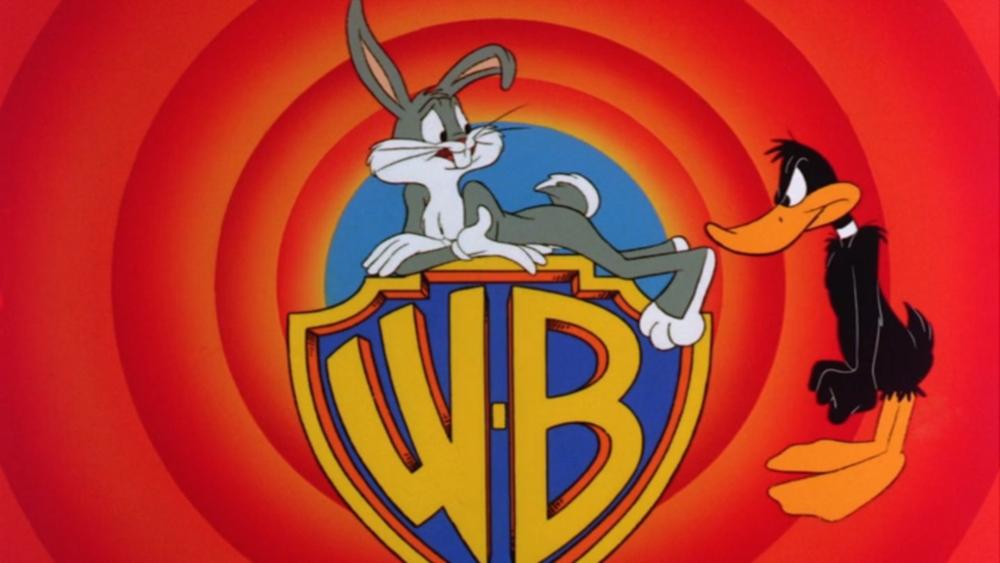 Like the original Warner Brothers cartoons, and like nearly every modern American cartoon series (such as The Simpsons and South Park) which GREMLINS 2, for the record, predates, GREMLINS 2 is one big cartoon, alive with the love of movies. The presence of Christopher Lee alone intentionally invokes decades of DRACULA, and the rampaging Gremlins induce mutations upon their already-gnarled physiques which end up as references to movies as different as THE PHANTOM OF THE OPERA, OF MICE AND MEN, Sir Laurence Olivier in MARATHON MAN, Edward G. Robinson in every gangster picture he ever made, and the then-recent Tim Burton’s BATMAN. 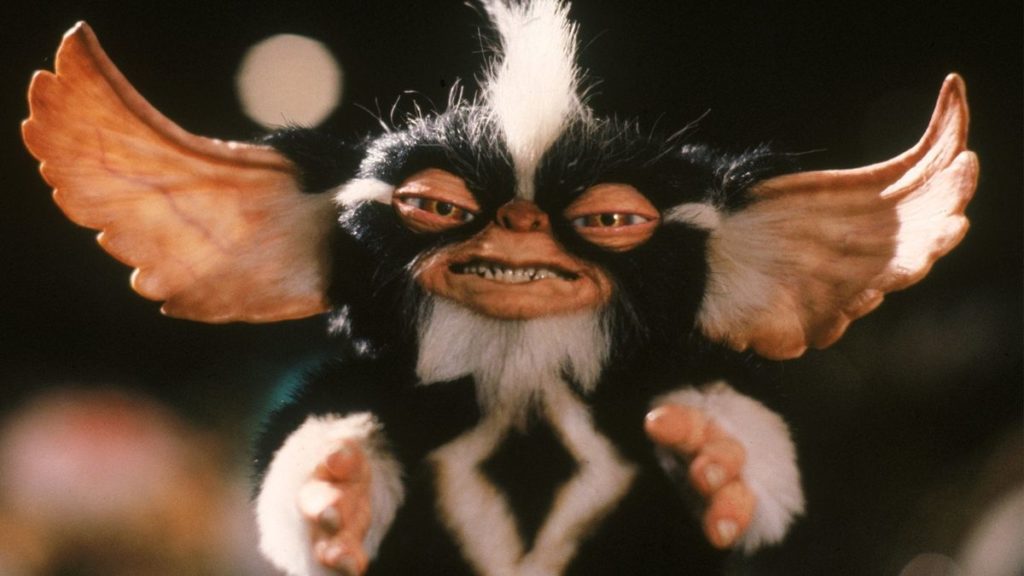 The once-innocent Gizmo’s journey-into-madness vendetta against the evil Mohawk references RAMBO, DIE HARD, and APOCALYPSE NOW. The creature effects, by peerless effects-creator Rick Baker (AN AMERICAN WEREWOLF IN LONDON and hundreds more) bring all of the inventive gags devised by Dante and screenwriter Charles Haas (author of the 1979 Daily Grindhouse fave OVER THE EDGE and of Dante’s later MATINEE) to hilarious live-action-cartoon life. Tony Randall (THE ODD COUPLE, THE 7 FACES OF DR. LAO), voices Brain, the first and only sentient Gremlin, with a bit more on his mind than anarchy and eating everything in sight. Veteran composer Jerry Goldsmith (CHINATOWN, PLANET OF THE APES, ALIEN, GREMLINS) returns to provide the unforgettable themes and ingenious reference cues.

There aren’t a whole lot of movies which are as simultaneously smart and silly as GREMLINS 2, and that’s maybe why it confused some critics and mainstream audiences at the time. That’s definitely why it doesn’t receive its due as a great sequel along the more serious sequels, like THE GODFATHER PART II or  THE ARTIST 2: UGGIE GOES ELECTRIC, but guess which one is more fun to watch with a crowd? Not only is GREMLINS 2 a terrific follow-up to the original, but it’s also one of the stealth great-New-York-movies. It’s a blast to watch GREMLINS 2 in New York, and that’s why it’s so neat that it’s been embraced here on the midnight circuit. 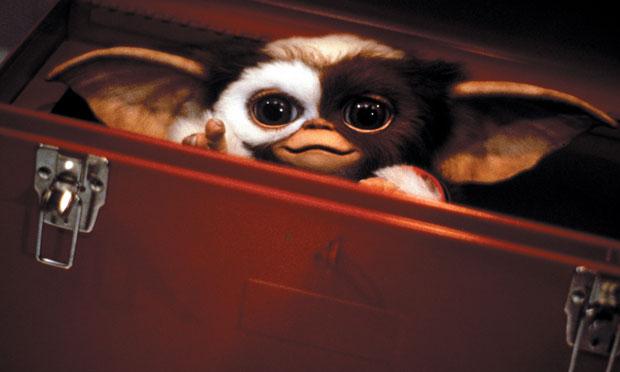 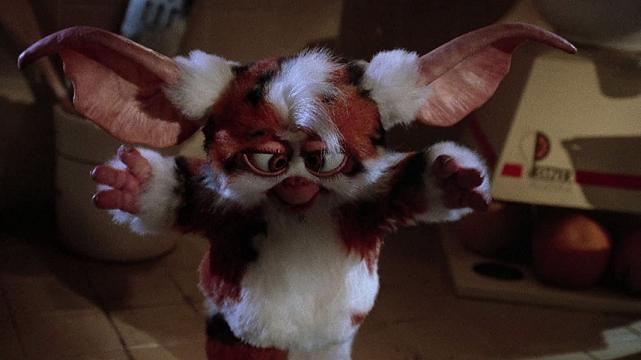