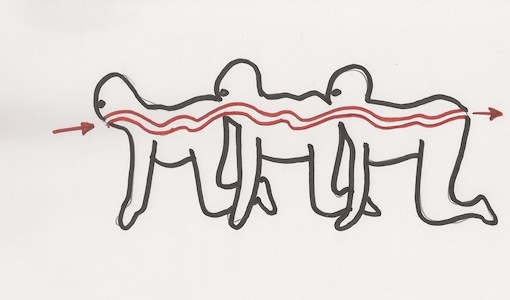 Ever since beginning of genre cinema, titles have billed themselves as “the scariest film ever” in order to create more hype surrounding the movie. Different gimmicks have been used to make this seem more like a reality: William Castle offered $1,000 life insurance policy for his film MACABRE (1958), in case of “death by fright.” Director Herschell Gordon Lewis presented barf bags at screenings of gore classic BLOOD FEAST (1963) that simply read,” you may need this when you see BLOOD FEAST.” 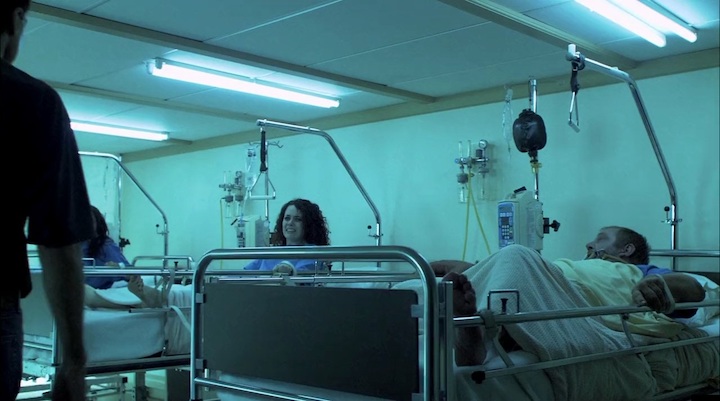 All these films had relative success, but in 2010 relatively unknown director Tom Six came up with the perfect movie title, concept, and tagline, changing the landscape of pop culture for the rest of history: 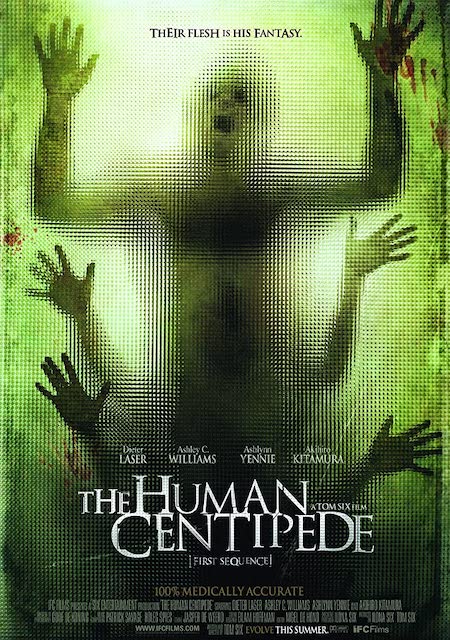 That 1-2 punch was quickly embedded into the hearts and minds of people upon first hearing it. Just the idea of humans sewn together ass-to-mouth was enough to upset the common movie goer. Then, when that trailer hit showing people’s mouths connected to other persons rear-end, forget about it. Whether you were or horror fan or not, you were talking about this film.

THE HUMAN CENTIPEDE (FIRST SEQUENCE) has a classic set up of out-of-town tourists Lindsay (Ashley C. Williams) and Jenny (Ashlynn Yennie) exploring the remote countryside of Germany. Their car breaks down in a rain storm and they seek refuge in a nearby residence. There they meet Dr. Heiter, portrayed masterfully by then-unknown character actor, Dieter Laser (rest in peace). 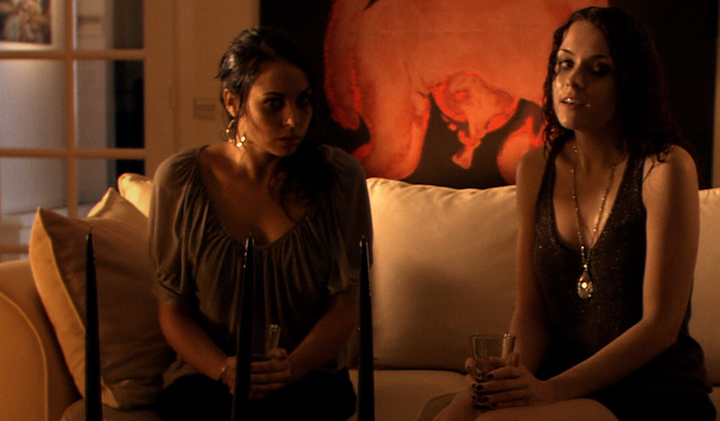 Dr. Heiter turns out to be a mad scientist who has the insane idea of attaching humans together to make the titular human centipede. With the help of the young Americans and an unfortunate Japanese tourist named Katsuro (Akihiro Kitamura), Heiter attempts to realize his dream and everyone does a lot of growing up in a scant 92 minute running time. If you are reading this, I can only guess you’ve seen this movie and I don’t need to go further into the gory details. If you haven’t—remedy that right now. 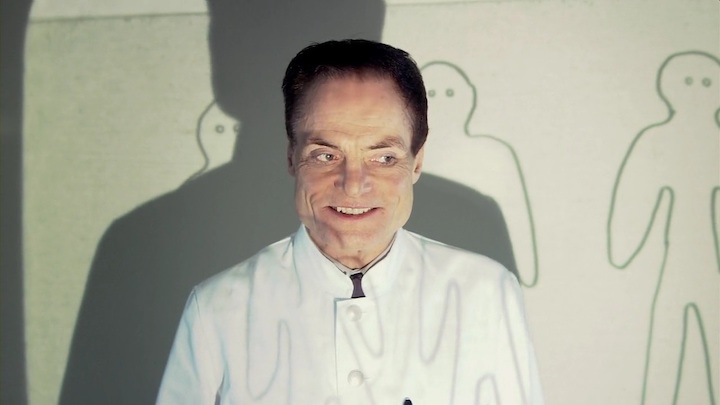 I love the HUMAN CENTIPEDE trilogy. Each one is more meta, and each one lives in a horror sub-genre of their own. THE HUMAN CENTIPEDE (FIRST SEQUENCE) is now stuff of legends. People who have never seen it, dismiss it at just the thought of the premise. Saying how sick in the head that people like me must be for enjoying such filth. 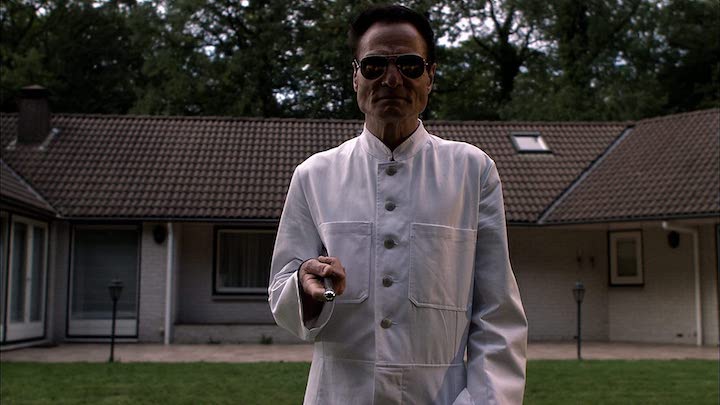 The fact that this modern-day exploitation masterwork was tossed aside by so many only made it that much titillating. It wasn’t just horror nerds living in their mothers’ basements that loved this movie. The fandom for it went much further as it transcended trending topics to become an infamous entry in the horror canon. 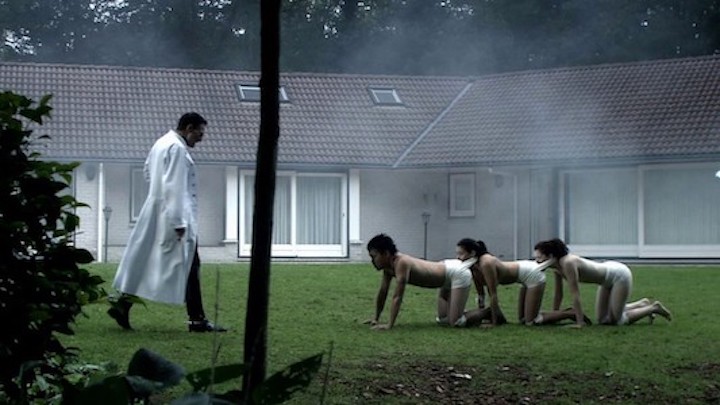 There were numerous parodies and homages of THE HUMAN CENTIPEDE (FIRST SEQUENCE) in movies and television. The most well-known reference to the film would be in the first episode of season 15 of South Park. In this episode writer/director Trey Parker pokes fun at the fact that most people never read the iTunes’ user agreement by having the character Kyle kidnapped and forced into becoming part of the “Humancentipad” after signing agreeing to the terms of the voluminous electronic document. The episode remains relevant and hilarious.

Besides this classic episode of South Park, THE HUMAN CENTIPEDE (FIRST SEQUENCE) is also referenced in more pop cultural works. The popular website Funny Or Die did a hilarious sketch where the victims of Dr. Heiter met in a support group and argued over who had it worst, called HUMAN CENTIPEDE ANONYMOUS (2017). Jordan Peele and Keegan Michael-Key (and a surprise guest star) spoofed the concept on Key & Peele when the former members of “a human centipede” stumble into each other years later. And, inevitably, there was director Lee Roy Byron’s porn parody, THE HUMAN SEXIPEDE (2010)—though no word on what percentage of medical accuracy accompanies it. 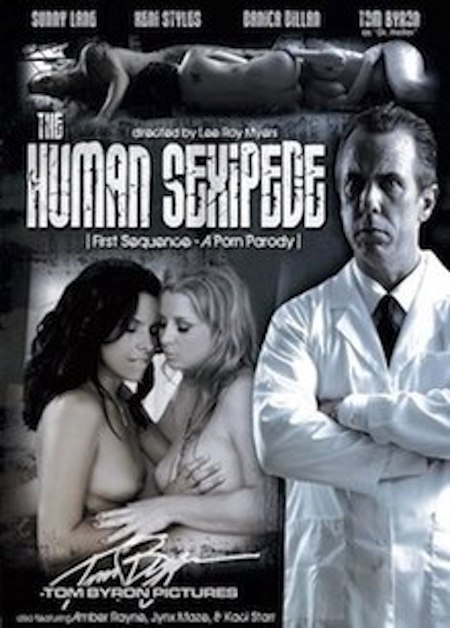 The most mainstream reference in song to THE HUMAN CENTIPEDE (FIRST SEQUENCE) has to be in the Childish Gambino (a.k.a. Donald Glover) 2012 jam “Bonfire.” In this track, Gambino drops the bar, “…or you can kiss my ass, Human Centipede.” This may not seem like much to the common music fan, but to a genre film nerd this shows Gambino’s nerd flag raised proud and strong.

The number of references to THE HUMAN CENTIPEDE (FIRST SEQUENCE) in pop culture grows exponentially with each passing day. One year, I even got a HUMAN CENTIPEDE Christmas card that depicted a “Human Santapede.” 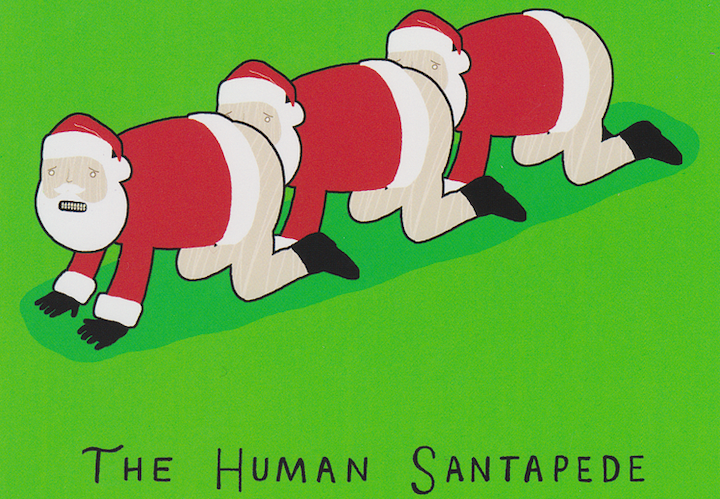 I most likely could write a whole essay on this facet of the film alone, but I’m going to digress. Thank you Tom Six for creating a film that is so divisive amongst film fans, and may Dieter Laser’s legacy as Dr. Heiter live on in the memories of society for generations to come. From all of us at Daily Grindhouse Happy 10-year anniversary THE HUMAN CENTIPEDE (FIRST SEQUENCE).