Home  ⁄  The Wire  ⁄  [Review] Much Like Its Star, If You Squint Enough, ‘CRY HAVOC’ Is Almost The Real Thing

CRY HAVOC is a true anomaly that is based on precedent set by other films (and other actors), but remains pretty singular. Filmmakers have always to ridden fads, tried to cash in on a popular person or title, or exploited something that is familiar. While there have certainly been attempts to make action heroes in the mold of Stallone, Schwarzenegger, and the rest (including bringing in various siblings to pull in unsuspecting audiences)—there really wasn’t anything like Bruceploitation.

Following the sudden and premature death of global superstar Bruce Lee, producers either bought up a bunch of old martial arts films or made new ones with the lead being credited as “Bruce Lee.” Obviously there’s a crossroads here of crass commercialism, flagrant disregard for copyright law, and (to put it mildly) some amount of racism—though it’s probable that most viewers would instantly recognize that Jackie Chan and other actors were not their beloved icon, but only after falling for a misleading poster or video art. 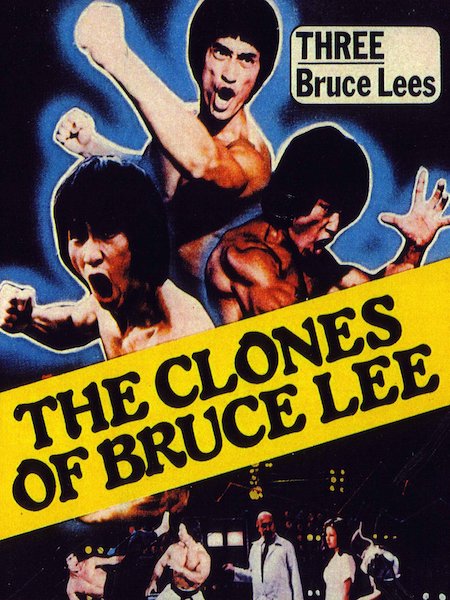 But rarely, outside of that those scant few years following Bruce Lee’s death, has an actor been used in a prominent role to confuse audiences into thinking it’s another beloved star. Enter Robert Bronzi, star of CRY HAVOC. Previously credited as Robert Kovacs, Robert Bronzi is a Hungarian actor and stunt performer who has mostly only worked with films made by composer/editor/writer/director Rene Perez. He’s a gruff older gentleman that rarely has many lines and most of those are dubbed over. Oh. And he looks a lot like Charles Bronson. Like…a lot. 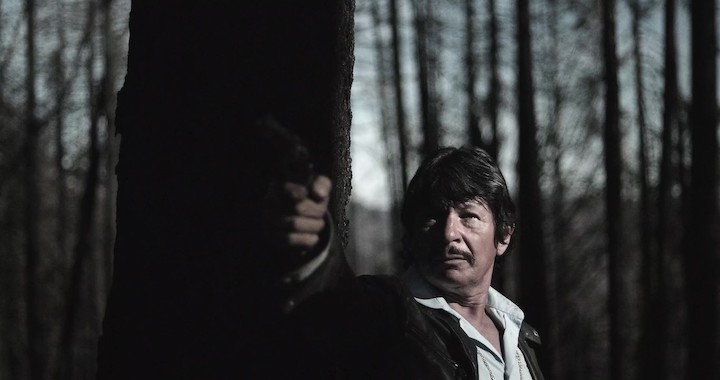 In Perez’s DEATH KISS (2018), Bronzi is dressed in outfits that evoke Bronson’s middle class ’70s wardrobe from the first DEATH WISH film—three piece suit with a long overcoat. This is despite the fact that it takes place in modern day and it genuinely makes him appear to be some sort of loose cannon time traveler. His character uses a similar Magnum as Bronson to dispense vigilante justice. At least when offered the opportunity for a sex scene between Bronzi and a much younger woman in DEATH KISS, it never happens—if only the same could be said about DEATH WISH 3. However, much like DEATH WISH 3, it is apparent that Bronzi excels at some action elements (looking cool while shooting a gun, smirking before killing punks, etc.) but also may be a bit too old for other physical activities (he runs like “young” Robert De Niro walks in the first act of THE IRISHMAN). 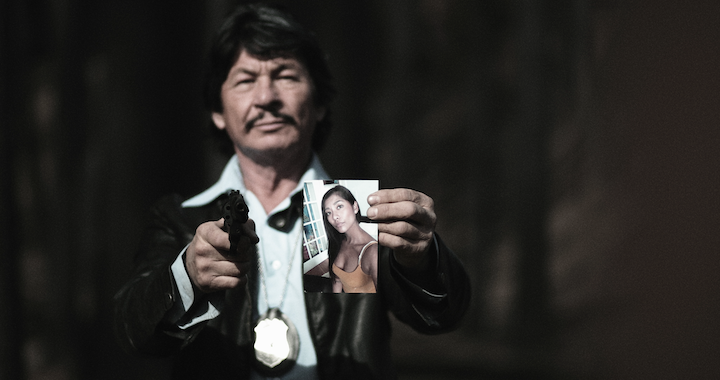 DEATH KISS wasn’t awful thanks to the pretty fun throwback approach to exploitation of a lookalike and there’s something charming about this attempt at awkwardly making a movie around a double and not much else (something explored in BOWFINGER and TIM AND ERIC’S BILLION DOLLAR MOVIE). But there are so many technically inept elements in DEATH KISS that it ends up not being as enjoyable in practice as it is in theory. 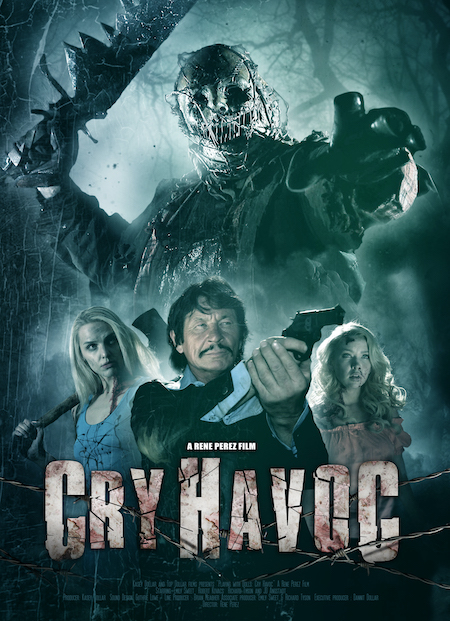 Following their last movie, the western ONCE UPON A TIME IN DEADWOOD, Perez and Bronzi have teamed up again for CRY HAVOC. On paper, it sounds like an incredible collision of schlock ideas that should be dumb fun, fodder for a decent exploitation picture or future cult film. But, in execution, the film ends up bogged down by bad technical elements, a lack of understanding of story structure and pacing, and an inability to recognize where the strengths of the production lie. 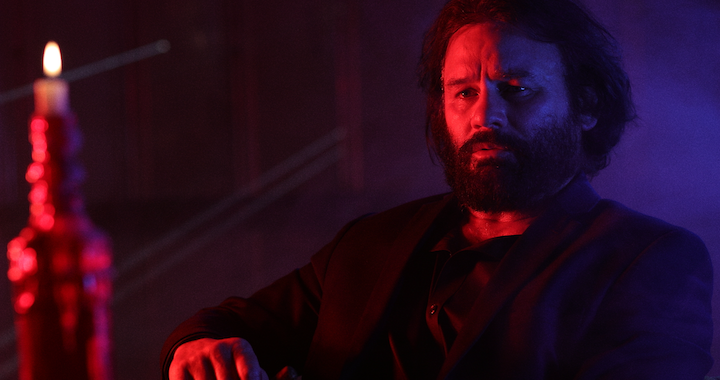 The Voyeur (Richard Tyson—KINDERGARTEN COP, THREE O’CLOCK HIGH, DEATH KISS) lures young people to his heavily guarded and secretive compound with the promise of fame and fortune through reality TV and movies. In truth, it’s a ruse to then have the young thespians (mostly women with faulty blouses) hunted by the maniac known as Havoc (J.D. Angstadt—DEATH KISS, ONCE UPON A TIME IN DEADWOOD). 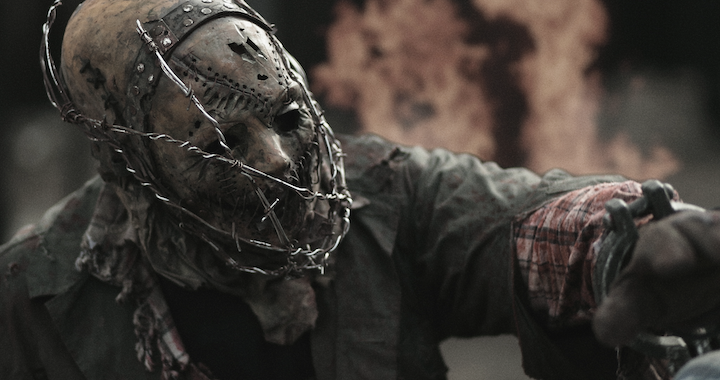 Havoc is essentially a cross between Leatherface and Jason Voorhees who delights in carnage and slaughter. An intrepid reporter (Emily Sweet) sets up an interview with The Voyeur hoping it will be her big break. Meanwhile, a loose cannon cop (Bronzi) shows up to find his estranged daughter who has gone missing and must contend with the armed security guards as well as the diabolical juggernaut that is Havoc. 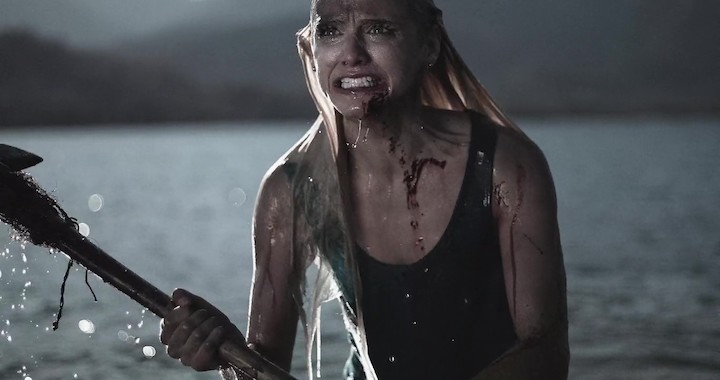 So basically it’s a touch of SILENT RAGE, a dash of SURVIVING THE GAME, and a pinch of WRONG TURN 2, a hint of SAW (as The Voyeur is trying to teach a lesson about purity of death…or something), plus with 10 TO MIDNIGHT-era Charles Bronson pitted against mercenaries and an unstoppable slasher. That…is amazing. That is such a fun and goddamn bonkers mix with the added weirdness of an actor posing as another actor. Again, Bronzi is wearing ’70s-appropriate clothes (flared jeans, flared color shirt, in a sheer leather jacket) and the dubbing is more Bronson’s voice than it was in DEATH KISS. 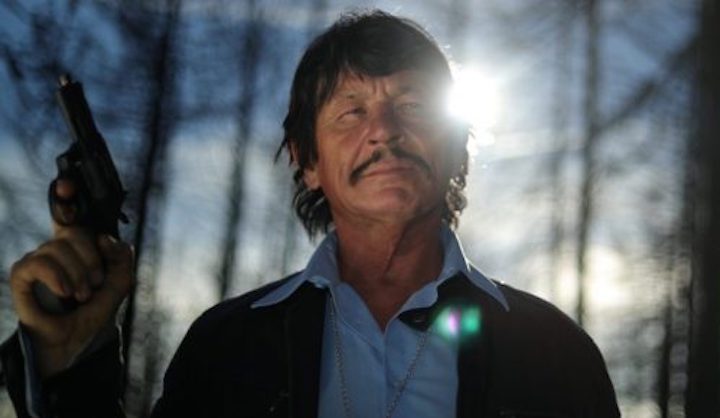 But it is constantly undercut by the actual filmmaking at hand. As mentioned above, Perez is a multi-hyphenate who does a whole host of duties on these films. With so many hats, it allows for no collaboration or checks and balances. So in CRY HAVOC, when the camera keeps distractingly rack focus between Bronzi and a tree in the same shot (which may be an attempt at style but honestly just looks like autofocus was left on), there’s no one there to point it out. The worst of Perez’s offenses as a filmmaker though (besides padding out so much of the movie with awkward walking and no momentum), is his complete inability to understand how to convey spatial relationships for any action sequence. 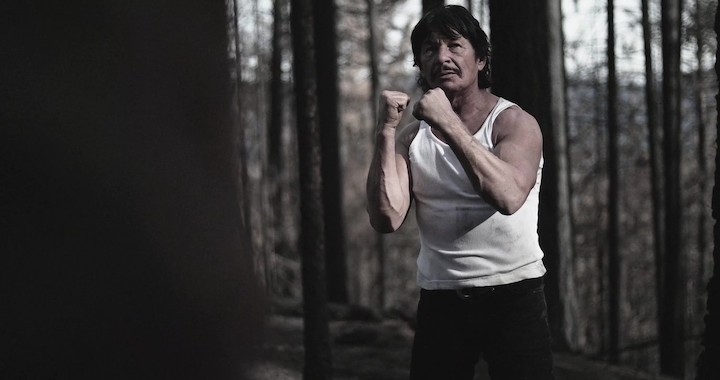 This failure of establish where opponents are in relation to each other was apparent in DEATH KISS too, but it is on a whole next level in CRY HAVOC. Since it mostly takes place in a sparse forest, a bunch of the scenery looks alike. There is no semblance of trying to maintain consistent eye lines—Bronzi is looking up and to the right, but the bad guys are looking straight ahead or down and to the right; which means it’s impossible they are looking at each other.

This isn’t just an issue with the cannon fodder that Bronzi picks off; when Bronzi and Havoc finally square up, Havoc literally crosses the screen in the direction we know to be the opposite of where Bronzi is walking, but then two cuts later they are in the same location. It is….befuddling. 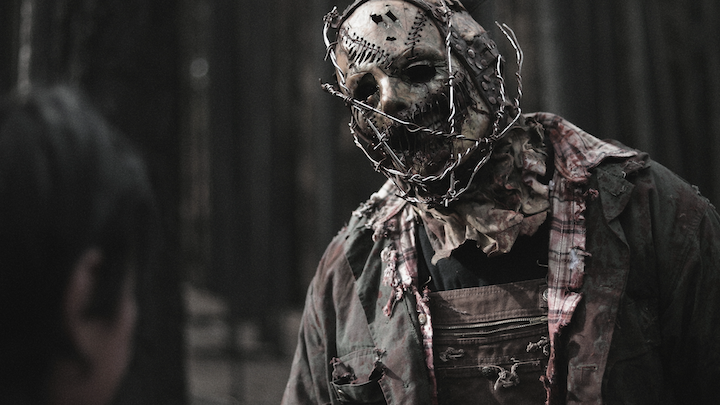 There’s also issues with consistent lighting in scenes and takes—yes, it’s nice to use natural light (as opposed to color filters that Perez also employs), but it is very distracting to have shadows constantly fall over faces during dialogue scenes or for the shot to be overexposed due to the sun. It may seem incredibly nitpicky to point out these technical flaws in CRY HAVOC—but they actually make a difference. 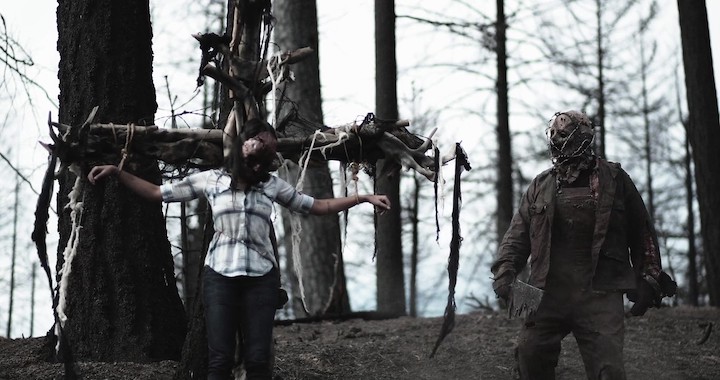 They matter because they are further compounded when Perez does a ton of stuff very well! There’s incredible practical gore f/x used throughout. Some of the score (again, by Perez) echoes the work of John Carpenter, Cody Carpenter, and Daniel Davies for HALLOWEEN (2018). There’s some cool moody shots using neons for bi-lighting. Havoc’s kills are creative and interesting with Angstadt excelling as an imposing behemoth who also runs (it’s very rare to get bulky slashers that have that hustle—Michael Myers speed walks at best). 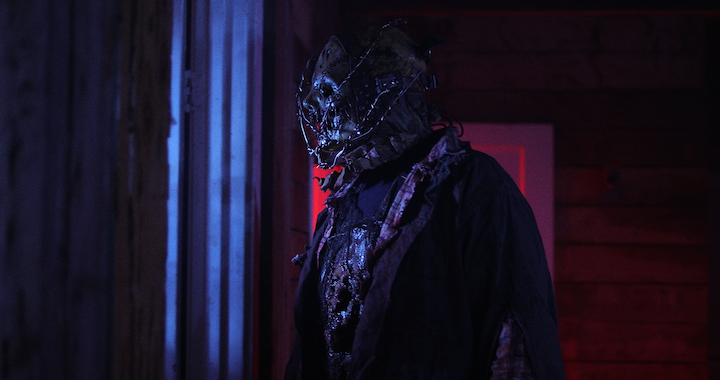 On the other hand, CRY HAVOC also has bizarre CG plug-ins for smoke and fire. Some of the score is hip hop influenced beats that don’t fit in to anything and also don’t match the tone of the action on screen. Havoc’s masked is over-designed to be Leatherface plus barbed wire and a baseball and it feels like a leftover prop from HOUSE OF A 1,000 CORPSES. It’s the inconsistency that is maddening to watch because there’s a great concept, strong gimmick, and signs of real talent that are pretty much negated by the poor execution in the next moment. 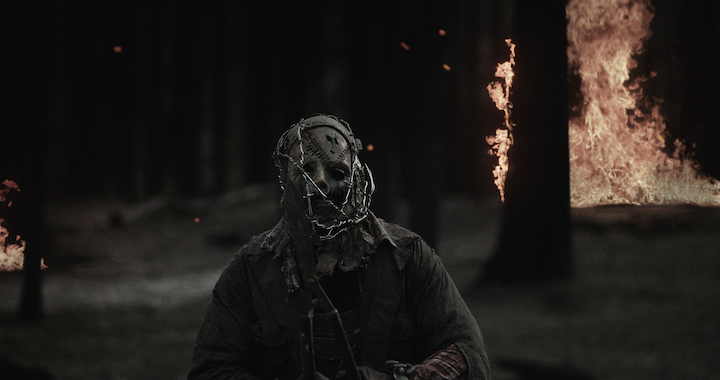 CRY HAVOC made me want to work with Rene Perez. Not because I think he’s a visionary—but because there are basic fundamental elements of filmmaking he doesn’t grasp that, if he did, would elevate his movies into actually enjoyably schlock and potential cult classics. While it is an improvement over DEATH KISS, the new Bronzi-Perez joint is marred by seemingly more technical problems and poor execution.

Perez is clearly talented—he can do many things okay, and occasionally do some things incredibly well—and has access to this great hook in Bronsonploitation. Hopefully their next collaboration after CRY HAVOC will find the duo ironing out these basic issues and delivering some bizarre piece of future exploitation that folks will enjoy watching instead of just having fun describing.