Home  ⁄  The Wire  ⁄  [INTERVIEW] SCARY STORIES TO TELL IN THE DARK: THE DOCUMENTARY!

The SCARY STORIES TO TELL IN THE DARK series has been a big part of a lot childhoods, both the stories themselves and of course, the haunting, nightmare-inducing illustrations. While Guillermo Del Toro’s big screen adaptation is slowly and [hopefully] surely on its way, Cody Meirick and his crew are giving the series its due with SCARY STORIES, a documentary going into the history and controversy behind the memorable books. Cody was kind enough to take a few moments to do an interview with me, where I got to pick his brain a bit regarding his upcoming work.

Daily Grindhouse: What inspired you to make a documentary on the SCARY STORIES TO TELL IN THE DARK books? Like when did you have that moment where you said to yourself “this is what I want to do”?

Cody Meirick: It started with wanting to do a documentary about children’s literature. I wanted to do a documentary about literacy and getting kids reading. When I saw that this book series was among the most challenged children’s books of modern times along with being a beloved book series for so many people, it just seemed like the perfect title to tell a story and deliver a message.

This along with the fact that I and a lot of others would find it fun and interesting to hear about these stories and illustrations for an hour and a half. It’s the type of documentary I enjoy watching myself. 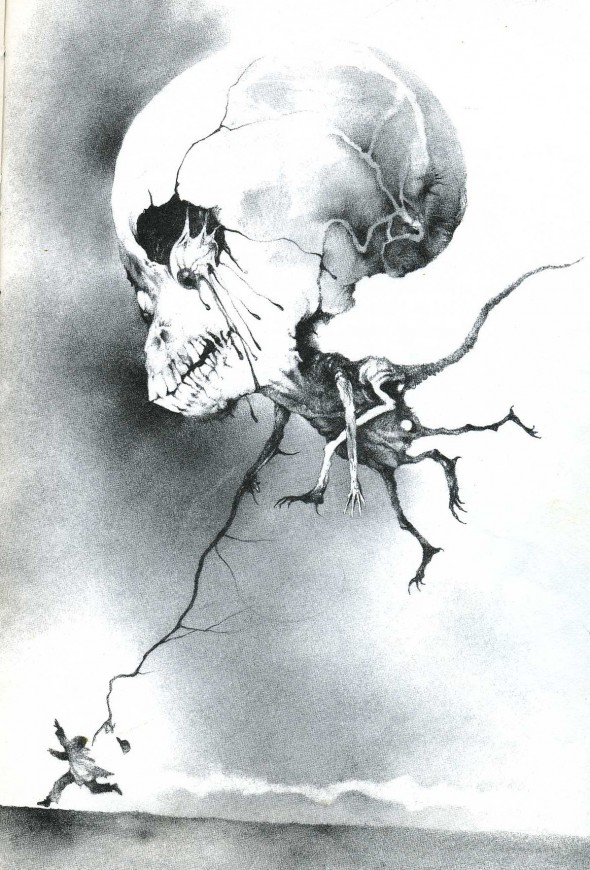 Daily Grindhouse: Definitely good reasons to want to do a documentary on a subject matter, especially considering the interesting history of the series itself and how much of an effect it seemed to have on children who read them and still seem to be discussed to this day. What was your first experience with the series?

Cody Meirick: I read them as a kid like a lot of other people my age. I was eleven years old in 1991 when the third book came out, so I’m sure I probably got that one and probably the others from the library or maybe from a Scholastic book order. I remember reading Scary Stories to Tell in the Dark, R.L. Stine’s Fear Street books, Christopher Pike, and eventually moving on to my dad’s big stack of Stephen King and Peter Straub books. But like a lot of other people, I don’t know if I thought about it much until I was in my 20s and 30s, and the images and stories popped up online and suddenly it all came back to me. I remember liking the source material, and always finding it interesting to read about the stories and where they came from. And the illustrations of Stephen Gammell have created a unique, cult-like following for people who have vivid memories of them growing up. I was reminded of those as an adult, and remembered how beautiful and dreamlike they are. 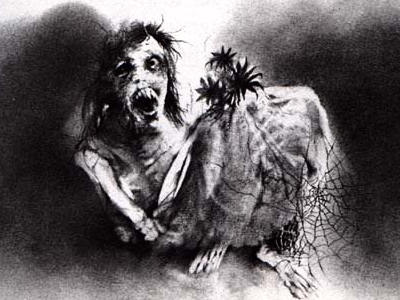 Daily Grindhouse: The books were definitely great for planting that interest in the horror genre at an early age –definitely did a number on me after stumbling across them as a young lad. I found it fascinating when Gammell’s work started to appear on sites like Tumblr with no link to the source materia,l and people couldn’t believe they came from what were supposed to be children’s books, because they were simply too horrifying. Still seems like to this day, there isn’t anything quite like his work, and to many it’s the most iconic part of the Scary Stories series. If you had to pick three of your favorite stories or illustrations from the series, which ones would you pick?

Cody Meirick: One of my favorite stories has always been The Bride. It’s just a really sad and memorable story; the idea of a bride doing something so innocent as playing hide-and-seek on what should be the best day of her life, and it becomes the absolute worst. 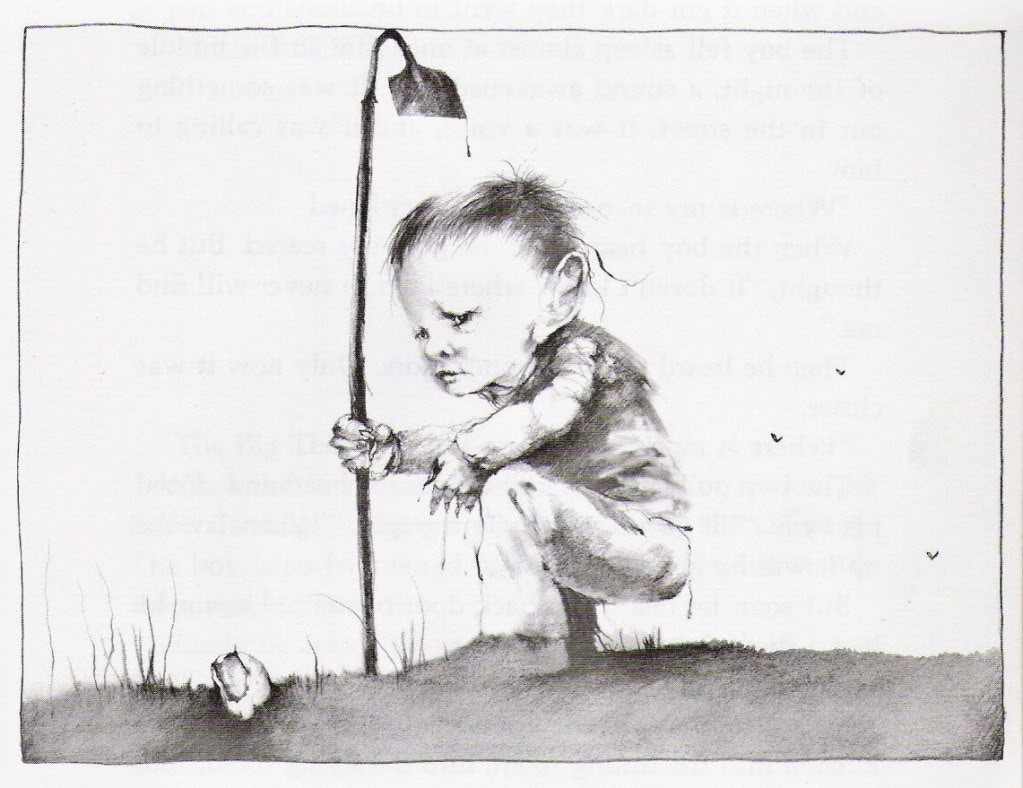 At times I’ve said The Big Toe or The Red Spot. But lately for me, another one that sticks out is The Drum. It isn’t one that I remembered much at all before the documentary, but in both my research and hearing people talk about it, it has become one of my favorites. 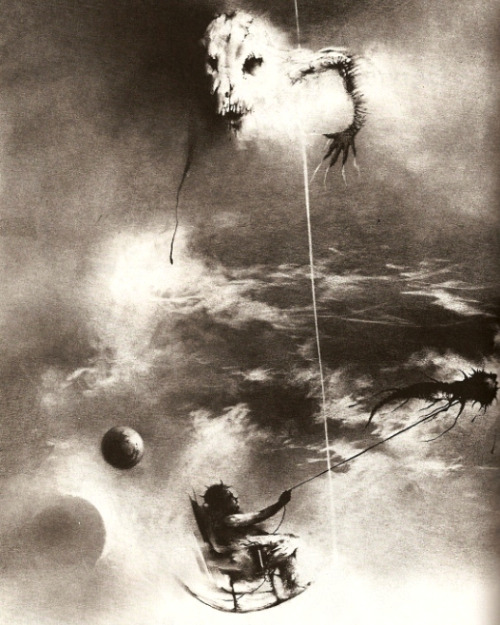 As for illustrations, for me I always say Oh Susannah. There are so many memorable illustrations. But that one always sticks out in my mind, because it is so otherworldly and beautiful. 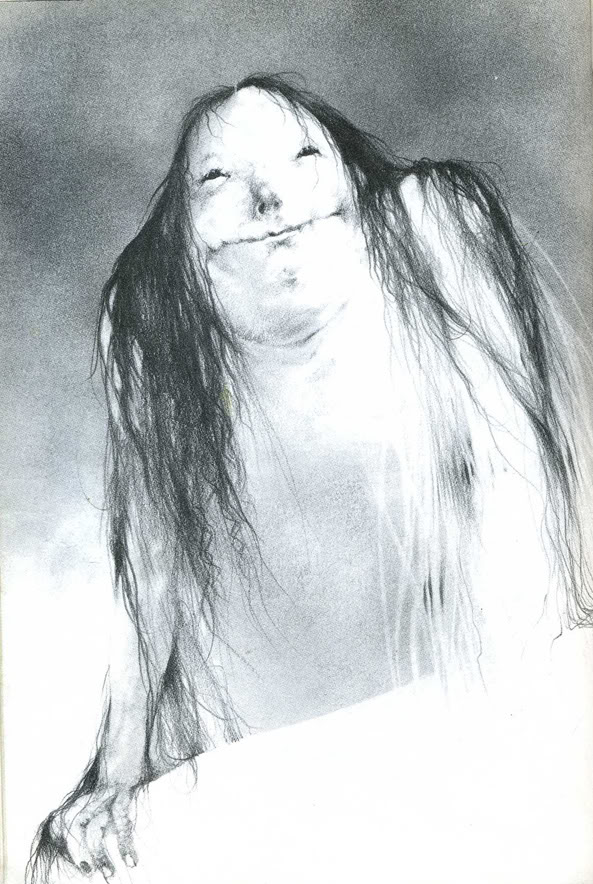 Oh Susannah is a classic, that seems to be a popular choice alongside The Dream, which has become sort of a hit thanks to the ghostly image.

Daily Grindhouse: Much like the stories, I think keeping this short and sweet is the way to go. Thank you for your time Cody! So for the readers, where can they help support the documentary, and when is it scheduled to be released? Also, any parting words for readers?

Cody Meirick: You can send them to our current crowdfunding campaign in the short term, where we’ll be raising funds for a few more weeks primarily going towards post-production:

I guess I would just add that I think this is a very interesting and well-rounded take on the subject. We’re paying tribute to the illustrations, looking at the impact they have had. We are talking about the stories that have become so ingrained in our culture and are a part of a long history of scary folklore for children. And we’re taking a much-needed look at censorship in children’s literature. So there is a lot to cover, and we’re mostly finished. We just want a push to see it to the finish line.

SCARY STORIES is currently running an Indiegogo page to collect funds, and the film is estimated to be completed in July of 2017.