Your SHUDDER subscription just got hot as love as PHANTASM REMASTERED, PHANTASM III: LORD OF THE DEAD, and PHANTASM IV: OBLIVION are now available on the horror streaming service. You’ll have to sign onto the PlayStation Network to catch a glimpse of PHANTASM II

We here at DAILY GRINDHOUSE think that this would be a perfect opportunity to catch upon the adventures of Reggie, Mike, and Jody before PHANTASM: RAVAGER hits Blu-Ray December 6th (along with the remastered original). It’s also a perfect time to dive into our site’s “PHANTASM Week” that we ran this past September. There are some terrific pieces delving into every aspect of Don Coscarelli’s classic horror series from the music, to the family drama, and the sense of loss that permeates the series. 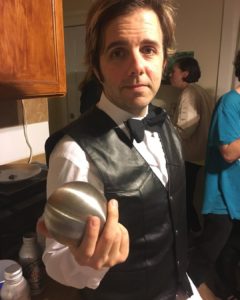 Assistant editor Mike Vanderbilt compiled this handy set of links so that all of this wonderful PHANTASM material is right there at your fingertips.

THE BIZARRE MYTHOLOGY & FAMILY DRAMA OF PHANTASM by Matt Wedge

THE BALL IS BACK: THE MARKETING PHANTASM II by Mike McGranaghan

BREA GRANT VS THE TALL MAN by Brea Grant

A LOOK AT PHANTASM REMASTERED by Mike Vanderbilt

MIKE PEARSON: AN INSPIRATION TO PRECOCIOUS ADOLESCENTS by Andy Vanderbilt

A LOOK AT HOTLIPS MESSIAH’S PHANTASM by Mike Vanderbilt

DEATH IS BUT A DREAM by Sharon Gissy

PHANTASM IS TOTALLY AN ART FILM by Kevin Maher

WITH KENNY & COMPANY, DON COSCARELLI SET THE STAGE FOR PHANTASM by Matt Wedge

THE SOUNDS OF THE SPHERES by Andy Vanderbilt

AN EARLY LOOK AT PHANTASM: RAVAGER by Mike Vanderbilt

DO YOU HAVE RECURRING DREAMS OR NIGHTMARES? by The Daily Grindhouse Team 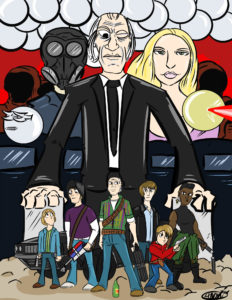