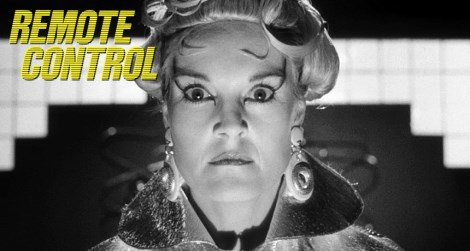 WHERE THE HELL IS THAT REMOTE, ANYWAY?

Jeff Lieberman is well known to grindhouse fans for his work as director of such fine flicks as SQUIRM, BLUE SUNSHINE, JUST BEFORE DAWN and SATAN’S LITTLE HELPER, all of which have gotten their proper due on DVD. The one* glaring omission from this list is Lieberman’s 1987 sci-fi horror pic REMOTE CONTROL, long limited to an ancient release in the VHS format from which it took its plot.

Thankfully, Lieberman himself has taken up the cause, and has issued REMOTE CONTROL on DVD and Blu-Ray via his website! This is great news, as REMOTE CONTROL is a genuinely fun little film, following the exploits of a video store employee (THE BLOB’s Kevin Dillon) in his efforts to track down the source of a mysterious new video release that seems to be causing murders all over town. 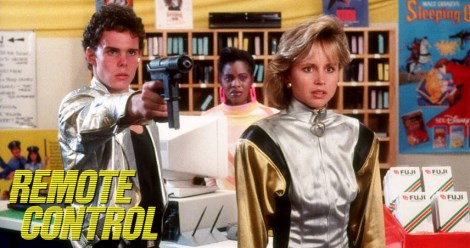 Best of all, each brand-new, factory-pressed copy will be autographed and numbered by writer-director Jeff Lieberman! Check out his site above for more information, and we’ll hope to have a full review for you soon!

*Okay, so there’s also the TV-movie DOCTOR FRANKEN, with Robert Vaughn and Teri Garr. But let’s face it, nobody’s really clamoring for this on Blu-Ray. Other than me.