Stephen King is the most influential voice in horror of the late 20th century. His books have been best sellers since his debut and have gone on to spawn numerous adaptations in film, TV, video games, and other media. King Of All Media looks at those adaptations, starting with his TV miniseries in chronological order. Each week Alejandra Gonzalez and Rob Dean will discuss a new miniseries project of King’s, starting with 2002’s CARRIE — written by Bryan Fuller and directed by David Carson.

Rob Dean: Multiple adaptations of the same work can reveal interesting angles never seen before. They can underscore the remaking artist’s particular fascination with a subject or perhaps the new adaptation has a different layer or insight in a different year. Stephen King’s 1974 novel, Carrie, is the tale of a special girl entering adulthood in the shadows of bullying, a religious extremist and abusive mother, and a growing set of telekinetic powers. Originally adapted for the screen in 1976 by Brian De Palma, and turned into a musical in 1988, the novel was again revisited in 2002 by writer/producer Bryan Fuller (Hannibal, Pushing Daisies) and director David Carson (STAR TREK: GENERATIONS, UNSTOPPABLE) originally meant as a backdoor pilot to an TV series about Carrie White. The made-for-TV movie was the first time to look at this iconic tale of bullying and school violence since the Columbine shooting, so how would it rectify with the very real and pressing issues of social castes and teen violence?

I’m kidding, of course. CARRIE (2002) has no interest in commenting on what was a nascent trend of school shootings and teenage violence. Instead, while it is the most faithful to King’s book, in terms of plot, it is easily the weakest version of this tale. Riverdale‘s Carrie The Musical episode is a better piece of Carrie-related entertainment than this. Most of the film is told with this bizarre soft-focus lens on a camera that is always moving and handheld. I’m guessing that this is to give the film a sense of soap opera dramatics mashing up against immediacy of constant movement, but really it just makes the whole affair incredibly ugly. And it’s not just the cinematography — this movie fails in most categories. There are good performances in this (Rena Sofer, Patricia Clarkson, Emilie de Ravin, Laurie Murdoch) but most of those are barely in it for long and are overshadowed by shrill and flat performances. This despite the cast being pretty stacked with notable horror folks like David Keith, Chelan Simmons, Katherine Isabelle, and more. And while Angela Bettis is a very good actress who shines in everything else I’ve seen with her in it — her choices here are really bad and incredibly distracting. Think “Simple Jack” from TROPIC THUNDER and readers may have a better inkling of the tone that Bettis strikes with her performance as Carrie White.

The movie has no sense of tone or dread or anything that feels like larger themes. It almost feels like it’s going through the motions to check off what people know from CARRIE in hopes that it’ll get picked up for a series. There’s some small good moments where the exceptionally talented Fuller shines through in his writing. When Tommy and Carrie have a nice talk at the prom with each other, there’s a real sense of warmth and depth to the characters and the moment. Or there are a few of the interrogation scenes that are sprinkled throughout the movie (taken from the book) that show a clever musing on a topic like social striation or religion. But mostly, this is such a waste of time. 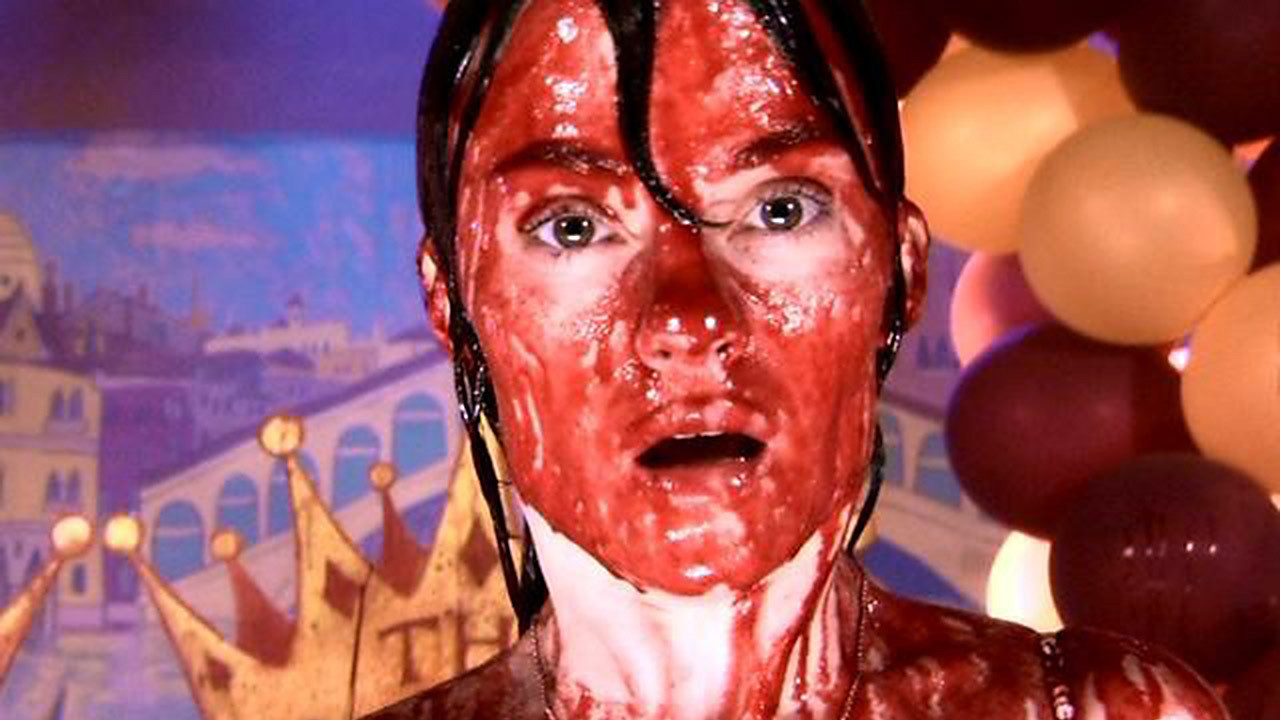 What did you think, Ale? Did anything in these two hours work for you? How does it rank with other Carrie adaptations?

Alejandra Gonzalez: Honestly, I think hearing pretty horrible things about this adaptation put my expectations as low as they could have been, and that’s likely the reason I adequately enjoyed 2002’s CARRIE. At the very least it was never boring, but it sucks having to compete with De Palma’s perfect adaptation. I totally hear you on that weird soft-focus lens. It sort of felt like this version was trying to emulate the dreamlike, hazy atmosphere that the 1976 version creates, but was really ineffective in doing so. Instead this felt like a supernatural episode of Degrassi. The camera also couldn’t stop moving and made everything feel aggressive and sharp, which would render any softness they were trying to achieve with the soft-focus kind of pointless.

As far as performances go, I thought they were all pretty excellent. I really liked Angela Bettis as Carrie White, especially toward the end where she becomes more vocal against Margaret. Still, Sissy Spacek is the only Carrie I’m willing to publicly acknowledge. One thing I thought the movie could have done better is handled Billy in a way that made more sense. I know this was supposed to be a pilot episode, so maybe we didn’t get everything but he seems to be the person who cares the most about humiliating Carrie and there’s really no reason for it. If the adaptation was trying to argue that he’s a jerk for being a jerk’s sake, then that feels cheap and definitely could have been improved upon. Also why did the 1976 version have better effects? Let me know.

This is probably my second favorite of the three major adaptations of Carrie. I never miss an opportunity to talk about how disappointed I was with the 2013 adaptation, but I’ll spare everyone the details for now. I really think this could have been more successful if not for having to live in the shadows of CARRIE (1976). What else didn’t you like about this? What could it have done to change your mind? 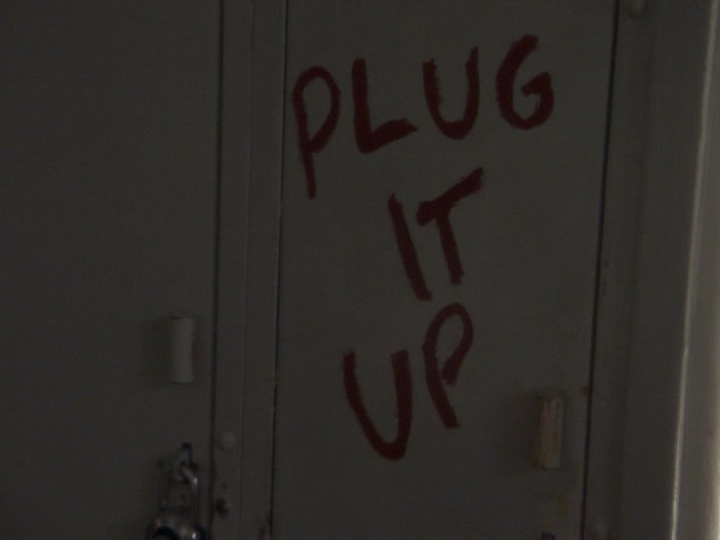 Rob Dean: I thought that Billy made sense in so much as he ever does in any version of the story. He’s a bully that, when given the opportunity, takes something too far. It’s how he is in all the other versions (and book) as well. I’m also guessing he would not be returning to Carrie: The TV Series, if it had been picked up. This was made as a backdoor pilot, remember, not an actual one. Meaning that if it did well, they would’ve greenlit to series and picked up from there with some various strands coming back. If it performed middling or poorly, as it did, it would just be written off as a one time movie that didn’t work out. I’m guessing that the recurring elements from the pilot would’ve been David Keith as the pursuing cop, maybe Kandyse McClure as Sue Snell helping out Carrie, and Patricia Clarkson as the “ghost” of Margaret White who haunts her weird daughter as Carrie travels across the nation, gets into scraps, learns about her powers, and meets others like her. And maybe they’d be followed by The Shop (nice little shoutout to FIRESTARTER and GOLDEN YEARS).

With the exception of the handful of stuff I recounted before, this really didn’t work for me. Maybe because CARRIE was so aggressively ugly that it made me be far less forgiving of every other element. But from the visuals to the majority of the acting to the pacing and the script, nothing was firing right for me. Bryan Fuller is one of my favorite TV writers of all time, and would go on to show to incorporate unique elements and unseen depth into a well-worn horror icon a few years later with Hannibal. This was made right as he was beginning work writing/producing Dead Like Me and as he was leaving work on the Star Trek universe. He has said that he thinks his script was too faithful to the book (hence the interrogations, fireballs from heaven, and the lack of nuance with any relationships). While the pyrotechnics were okay, the CGI and most of the practical f/x was so budget that they never worked, so even if it were a familiar story well told it would have nothing new. And the lack of any sort of commentary on the rise of awareness of bullying, or the ascent of high school violence, or anything, shows a real tone deaf approach to the subject material. 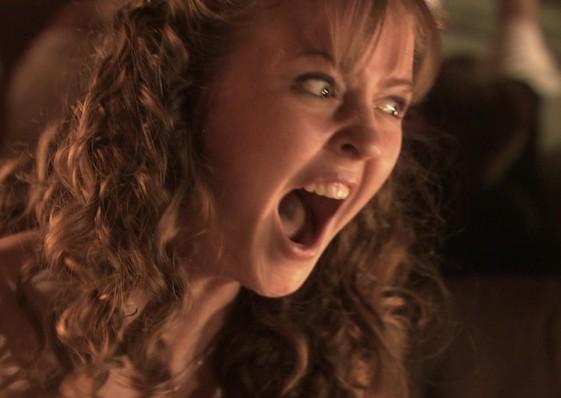 How do you think a TV show version of CARRIE would’ve worked? The Dead Zone, with Anthony Michael Hall, became a successful TV show based on the Stephen King book of the same name the same year that this CARRIE was made. Have there been any miniseries or TV movies we’ve seen you would’ve preferred as an ongoing television series?

Alejandra Gonzalez:  In regards to Billy – I do agree he’s pretty much the same in every adaptation, but in De Palma’s it feels more like he just wants to embarrass Carrie in order to have a good laugh with his friends, where as in 2002’s adaptation, he seems to genuinely want to hurt her pretty intensely. This is true even when Chris has a momentary instance of hesitation. Also, that’s a great question! Out of the one’s we’ve covered so far, I think that obviously the longer ones would work best as series because of how much more content they have to spread out into episodes. Particularly, THE STAND and even ROSE RED would have made the most interesting series to me. I honestly am not sure a TV show version of Carrie could have worked unless, as you mentioned, they follow Carrie and Sue into hiding being pursued by David Keith. I’m just not sure I would have watched that. 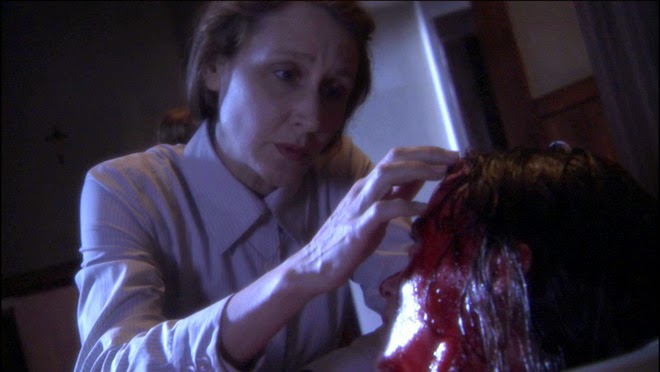 I think what you mentioned about Bryan Fuller believing his script was too faithful to the source material is really interesting. Personally, I usually am not a fan of adaptations that are too similar or stray too far from the original source material. The best is when the adaptation finds a happy middle point, and I think that’s why De Palma’s is so great. Either way, I really enjoyed CARRIE (2002) for what it was, and I think it’s absolutely fine and watchable. If nothing else, it’s nice to explore it in comparison to the other adaptations as you mentioned earlier, because it’s interesting to see in how many ways one piece of work can be interpreted.