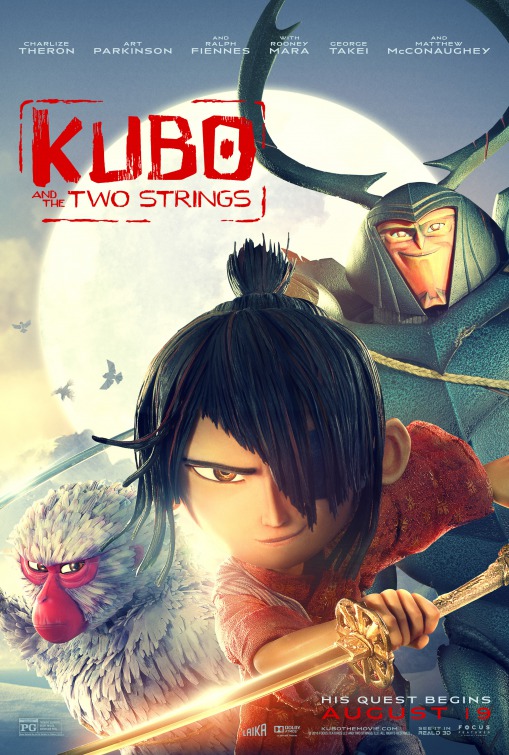 Laika studios set the bar pretty high with their original stop motion movie PARANORMAN (a favorite around the DAILY GRINDHOUSE). A funny and heartwarming but also surprisingly dark movie that did more to evoke the feeling of an Amblin production than SUPER 8 ever did, KUBO AND THE TWO STRINGS is their second original idea (CORALINE and BOXTROLLS were both based off books) to hit the silver screen, and if this is the kind of quality Laika can produce with their own concepts, then I feel they should drop the adaptations and focus on original stories, because this was beyond fantastic. 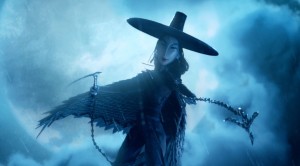 KUBO AND THE TWO STRINGS is as a Japanese fairy tale, complete with a colorful cast of characters, a perilous quest, and a lot of heart. The short version of the story is that Kubo (Art Parkinson) embarks on a journey to find three pieces of a mystical armor that will allow him to defeat the terrifying Moon King and save his mother, along with the help of Monkey (Charlize Theron) and Beetle (Matthew McConaughey, who had me grinning and laughing like a child with some spot-on comedic delivery). The plot is deceptively simple, but the way it’s told, and the amount of style which animator Travis Knight and his team tell it with, destroy any notion of this being considered a typical “kids movie.” One set piece occurs on a sinking ship in the middle of a stormy sea, and it’s mind-blowing to consider this film is stop-motion, with the sheer scale and the amount of action occurring. Seeing the close-ups of the characters and how they emote almost makes you forget these are small puppets being manipulated by teams of animators. 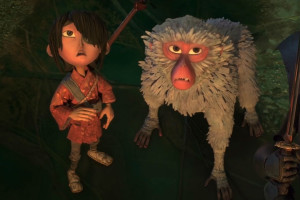 Something I love about Laika, in particular with PARANORMAN and now with this, is how despite being an animated feature, it deals with some fairly heavy concepts. Death, loss, and revenge are all explored here without becoming heavy-handed or out-of-place, in contrast to the comedy of the movie. It represents a brilliant yin and yang that blurs the line between a film for the young and easily-entertained, and the more discerning movie goer.

The movie is quite simply put, so brimming with superb craftsmanship and effort from everyone involved that it’s hard to not recommend this one to everyone, from kids to parents and everyone in between. In a summer filled with cinematic universes, controversies, and franchise-starters, KUBO AND THE TWO STRINGS stands tall as a testament to the kind of originality a movie can bring when you have a team behind it who are passionate and unafraid to take risks and tell the story they want to tell the way they want to tell it.