Growing up in Southern California in the 1970s, there wasn’t a day that went by when you didn’t hear a band that was part of the Laurel Canyon scene. I was a young child back then but I had my own little transistor radio set to some AM station that would emit tinny version of songs by Crosby, Stills, Nash, and Young, The Doors, or The Byrds. The music from that scene was ever present and it was a part of the soundtrack to my childhood. Eventually, of course, you become a teen and rebel against whatever music you liked as a kid and turn to something new to exert your independence. For me, I turned from The Eagles and Joni Mitchell to The Smiths and The Cure. When you finally get over yourself, you realize you can actually like more than one kind of music at the same time. Now, I listen to just about everything and enjoy both kinds of music with which I grew up and came of age.

LAUREL CANYON: A PLACE IN TIME is a two-part documentary for Epix that invites viewers on a journey back in time to that magical hamlet in the hills of Los Angeles where, for a period of time in the late ’60s to early ’70s, a group of musicians came to settle there and ended up making some of the greatest music ever written. 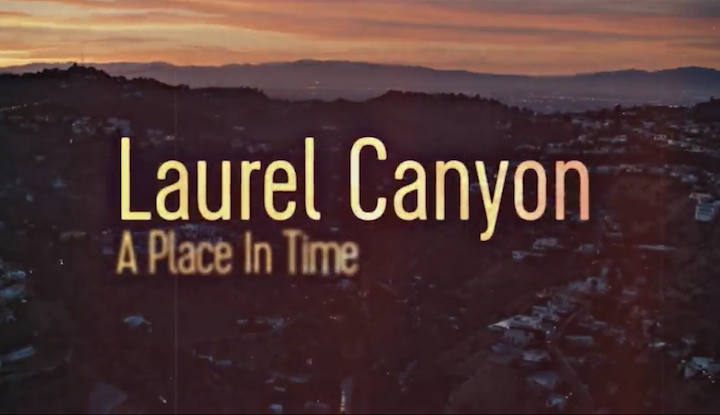 Director Allison Ellwood (HISTORY OF THE EAGLES) put together an amazing collection of footage to tell the story of the Laurel Canyon scene. While you might already know the story of the bands that made music there, there are plenty on offer that you probably haven’t seen or heard. Photographers Henry Diltz and Nurit Wilde open up their achieves in order to show the musicians in their Canyon habitats. Both photographers are used as a guide throughout the movie. Audio recordings of many of the musicians involved lend to their own stories being told. Musicians moved from house to house, from band to band, and, in some cases, from partner to partner. The film is like getting a peek into what it was like being in a very artistic group marriage. Amazingly creative, for sure, but, boy—were there a lot of egos. 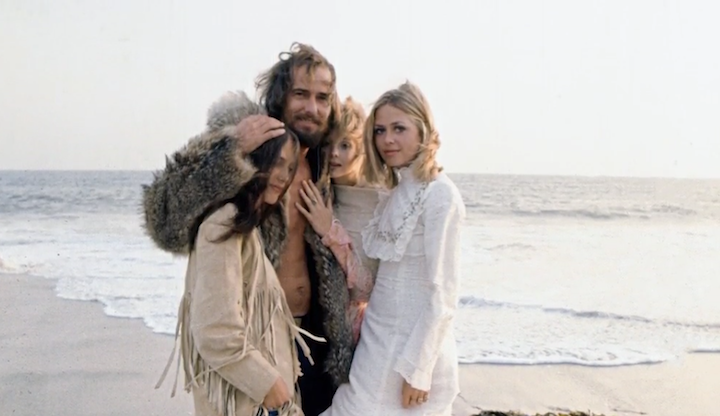 The time period that LAUREL CANYON: A PLACE IN TIME covers is an incredibly tumultuous one in American history. This enclave of the U.S. went from the peace & love movement to the Manson murders and ultimately to Altamont; in fact, the film is divided as ‘Before Manson’ and ‘After Manson.’ The documentary touches on these milestones and the end of a cultural era and the effect they had on the musicians all living in their special enclave. While a few bands get a deep dive into their Laurel Canyon output like The Byrds, Crosby, Still, Nash (& Young), and Joni Mitchell, some bands get less of the thorough treatment. This documentary probably could’ve been in six parts and still not covered everything that went on. 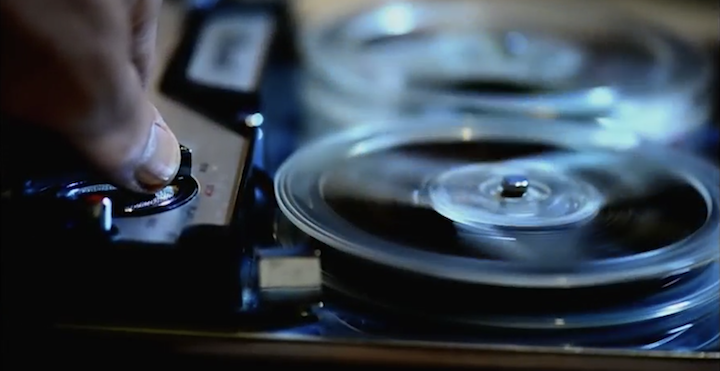 For the casual fan of the Laurel Canyon scene, LAUREL CANYON is chock a block full of footage and information about the bands and will be very informative. For music experts (like my husband), the documentary won’t tell you anything you already don’t know but you will see and hear photos and footage of the bands you probably haven’t seen before. In other words, whether you’re a huge fan of the music or just someone who likes a few Eagles songs, LAUREL CANYON: A PLACE IN TIME is absolutely worth a watch. 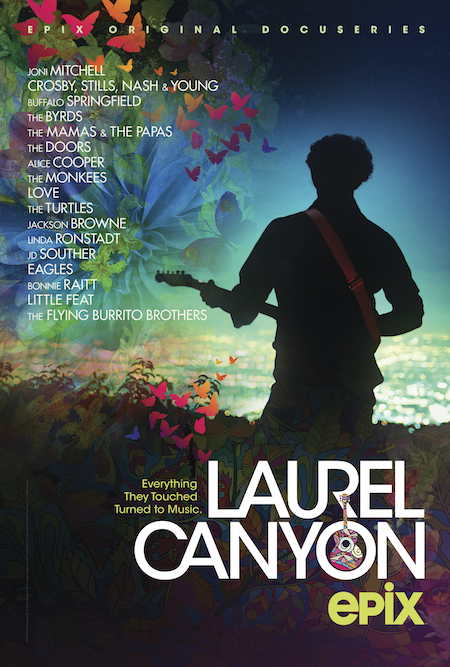 LAUREL CANYON: A PLACE IN TIME will premiere its first part on Epix on Sunday, May 31st at 10p.m., and conclude the following Sunday, June 7th at 10p.m.