The following press release is a title announcement from Retrosploitation. For more announcements click here. 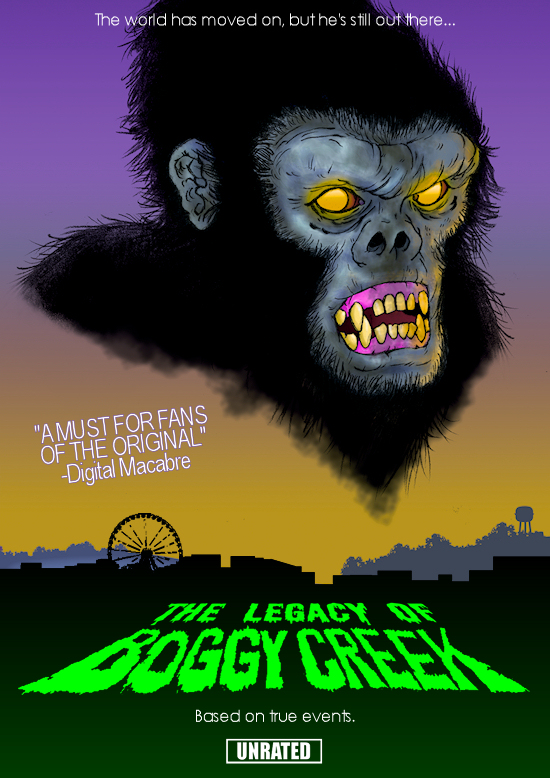 ——————————————-
The infamous Boggy Creek Monster is back! THE LEGACY OF BOGGY CREEK is an all-new direct sequel to the original true events as depicted in the blockbuster 1972 docudrama THE LEGEND OF BOGGY CREEK.

Synopsis:
Since 1972 he has stalked the countryside… watching, and waiting! The creature known as the skunkape has been sighted several times over the last few decades and this all-new docudrama chronicles the events that began after the original Fouke, Arkansas attacks. Through various interviews, re-enactments and discovered footage you will be presented some incredible evidence, making it impossible to deny his existence.
Special Features:
Alternate Scenes
Theatrical Premiere Video
Behind-The-Scenes Footage
Promotional Trailer
Movie Details:
Stars Tara Hinkley, Kim Moser, Jennii Caroline. Directed by Dustin Ferguson, 2011.

Also now out from Retrosploitation – THE LEGEND OF BOGGY CREEK (1972) WIDESCREEN EDITION.

About Retrosploitation:
Retrosploitation is a new worldwide distributor of independent horror and cult films, feeding the hunger for modern genre movies that skew heavily toward the content and styles of the 70s and 80s. Retrosploitation also unearths truly forgotten movies from yesteryear.