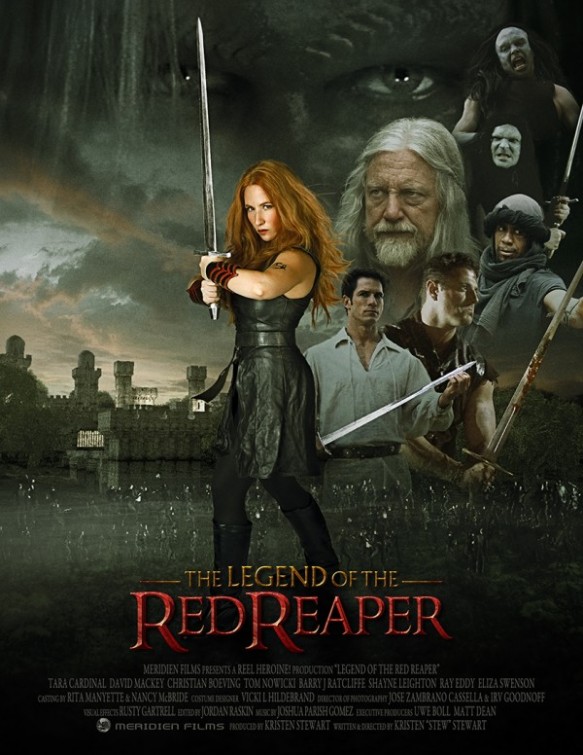 Written and directed by Tara Cardinal, LEGEND OF THE RED REAPER tells the story of Aella (Cardinal), a young woman, half human and half demon. Traded to the demons by her mother the Teller Witch when she was a child, Aella was tortured and abused by the demons, including her own father, Ganesh (Ray Eddy). Later rescued by the clan of the Reapers—human/demon hybrids sworn to protect humankind from the demons—Aella, the Red Reaper is determined to become a powerful warrior to seek her revenge.

It is a time of relative peace, the demons thought to have all been killed, and the first human is set to take the throne. Eris (David Mackey) is ready to become king and determined to make the Red Reaper his queen. Young and in love, the couple are told that their union cannot be but they are intent in being together. Other forces, however, are at work that will undermine the couple, test the Red Reaper, and see to fruition a prophecy made long ago that will be fulfilled, whether Aella likes it or not.

I was quite impressed when I sat down and watched LEGEND OF THE RED REAPER. Tara Cardinal is proud of her film and she has every right to be. The story itself is well-written and gives a complex female protagonist to a genre that usually sees these roles filled by men. Aella is strong (physically), stubborn, and rash. Like most women, she feels an array of emotions that don’t always lead to her to do the right thing. Aella also carries a lot of baggage. She is damaged by the abuse she suffered as a child and by her perceived abandonment by her mother. That damage is tempered by the love shown to her by the clan of Reapers who took her in and showed Aella how to channel her anger and focus her power. We also see a soft side to the warrior in her love of Eris, as well as her jealousy of the human woman Eris is expected to marry. The Red Reaper is a rare character in action/fantasy/horror films and a refreshing and relatable one. 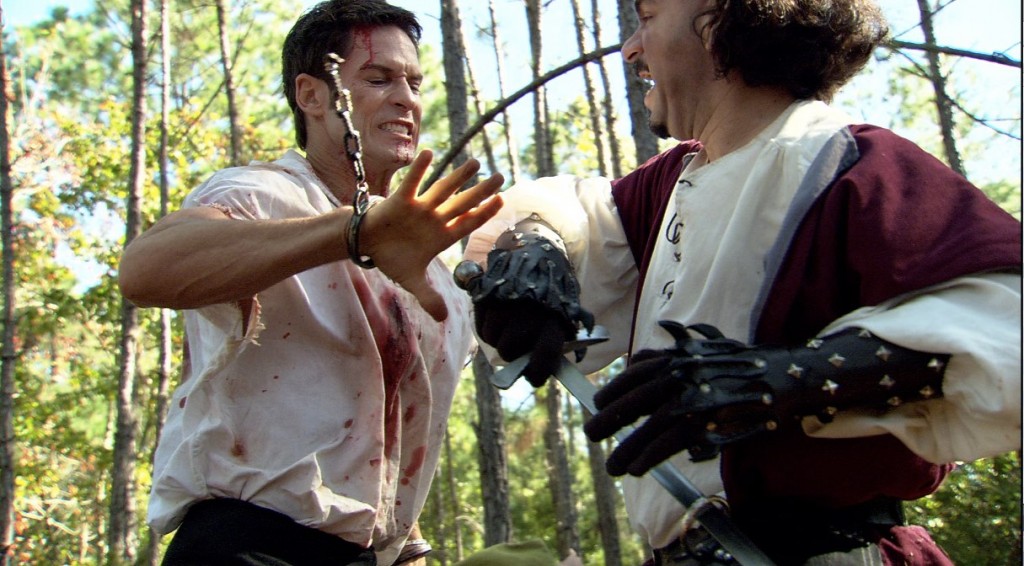 The rest of the cast are spot-on in their roles and allow the story to flow rather nicely. Cardinal has done a very good job of directing and allowing her actors to bring believability to their characters, as well as to the story. The movie’s Special Effects were fantastic, as was the fight choreography. The fight scenes were all convincing and plausible, for the female characters as well as the men. There were a few areas where I thought scenes could have been edited down some and I didn’t see Aella’s half-sister as useful or necessary. Overall, LEGEND OF THE RED REAPER is an intelligent and entertaining film that you should see, if given the chance.

Love and chainsaws,
The Gory Ginger