Home  ⁄  The Wire  ⁄  REQUIEM FOR A BLOCKBUSTER

You’ve no doubt heard by now about Blockbuster Video closing the last of its 300 retail stores in the United States by January of next year.  Online reaction has wavered from feigned incredulity that there still are Blockbuster stores operating to well-reasoned arguments as to why video stores are still valuable for media culture to outright hostility about the company’s sheer existence, gleefully dancing on the company’s grave.

I can’t share in their Blockbuster hatred, however.  I’ve tried, believe me – I spent two years as a light blue-shirted video store clerk from 1992 until 1994, and when I left the job in order to become a video clerk at a different company (a tactic I repeated several times over the next decade) I had as much loathing for a corporation that a 20-year-old could have.  (That is, for those unable to remember back that far, a hell of a lot of loathing.)

But thinking that Blockbuster ruined video stores is like thinking that McDonald’s ruined restaurants.  They appealed to the largest cross-section of people, and what they did was apparently good enough for most of their customers.  There’s no doubt that some smaller video stores were driven out of business by a Blockbuster moving into the area, but the truth is that if customers didn’t favor the chain’s bright lights highlighting vacuumed floors, mass amounts of the latest mainstream smash hit and candy in which the expiration dates are occasionally checked, they would have stuck with the mom and pop store with the ratty carpet and the ever-increasing porn selection.

Don’t get me wrong — I love independent video stores.  I’ve worked in several, and my memories of staffing a smaller establishment are fifty times more pleasant than anything I can recollect about shifting walls for the new releases at The Big Blue.  I actually talked to customers and co-workers about movies.  I was able to recommend movies from the deepest corners of movie history because the owners didn’t get rid of anything.  I made a vast amount of friendships that I still maintain today, whereas I could barely come up with more than a couple of names for my Blockbuster co-workers.

But when Blockbuster Video stores opened up all across the country in the ‘80s, it brought a uniformity to the video store business that plenty of people, as it turns out, welcomed.  Customers liked the familiarity of going into one place and knowing it was very similar to plenty of the other places of the same name.  Blockbuster understood that people liked to know what to expect, and they delivered that admirably.  They brought the oft-unreliable nature of the corner video store into the light and gave the masses a friendly face.

And that’s just what most consumers want.  Those of us who long for the days of the mom and pop store and bemoan the woes of the likes of Scarecrow Video’s financial difficulties have always been in the minority, ever since the option to have a “safe, clean, reliable” video store was there.  After a certain point, Blockbuster’s audience wasn’t the same as the corner video store – those who wanted to dig deep into the unrestricted depths of film knew where to go, and those who saw movies as “product” to be consumed in an absent-minded fashion went to the place that served them on a serviceable platter with a smile.

The truth is that, as much nostalgia as I have for the golden age of the mom and pop video store, most of these stores were just like Blockbuster – they existed in order to make a quick buck off of a money-making trend, usually run by business owners who didn’t give a shit about the movies they carried.  The only difference is that Blockbuster was good at the money-making part, lending a uniform structure that could be duplicated all across the county, whereas smaller stores were essentially anarchy when it came to picking out which tapes to pick up.  This led to unearthing some amazing works of film from a viewer’s perspective, but let’s face it, in most cases, a buried video treasure was purely accidental rather than the product of someone who genuinely wanted to expose others to an interesting movie. 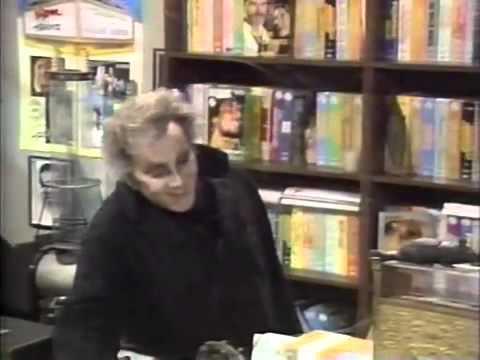 Despite all of my bitching about the company when I was in my twenties, I’m sad to see Blockbuster Video close its doors.  I’m sad that hundreds of people will lose their jobs, and I’m sad that consumers in areas where they remain will no longer have a place to easily get DVDs of the catalog titles they still supply.  (Redbox, it has to be noted, is still thriving.)

But I won’t see this as a death knell to the video store.   The independent “mom and pop” stores have been reborn in recent years as niche market stores that still survive because there are enough genuine film lovers out there who relish interaction when picking a movie that’s not only human, but a fellow cinephile.  The likes of Scarecrow Video in Seattle or Odd Obsession Films in Chicago are exactly what we’d always hoped the “mom and pop” stores would evolve into.   Blockbuster’s demise may signal the end of the mainstream video store, but the medium is far from dead.