The late 1980s and early 1990s were a boon for direct-to-video horror and action. The grindhouse cinemas were being gentrified out of existence and the home video market was a perfect way to distribute low-budget cheapies to the masses. As a result of this, the horror section of your local video store was flooded with sequels that usually bore little to no resemblance to the original film that spawned them. Entries in the AMITYVILLE, HOWLING and WITCHBOARD sagas appeared to be cranked out once a year, and forgotten just as quickly. Sometimes, it would appear that the film was shot as a standalone film with a franchise moniker slapped upon it by distributors. The SILENT NIGHT, DEADLY NIGHT series owed quite a bit of its success to the home video market. Some people may not even know that there were five of them.

Yes, there were five entries in the SILENT NIGHT, DEADLY NIGHT series. The original was infamous for incurring the wrath of concerned mothers everywhere when it was unleashed on audiences in November of 1984 depicting a night of terror perpetuated by a killer in a Santa Claus suit. The film was quickly pulled by Tri-Star pictures (only after it had made a profit) and it developed a cult following, thanks to the controversy as well as to the then-booming home video market.

Four more sequels of varying quality were produced. This month on the REVENGE OF THE POD PEOPLE podcast, Katie Rife and I discuss the SILENT NIGHT, DEADLY NIGHT franchise. Last month we did the HELLRAISER series, and in watching that franchise from start to finish I found the diamond in the rough that is HELLRAISER: REVELATIONS. 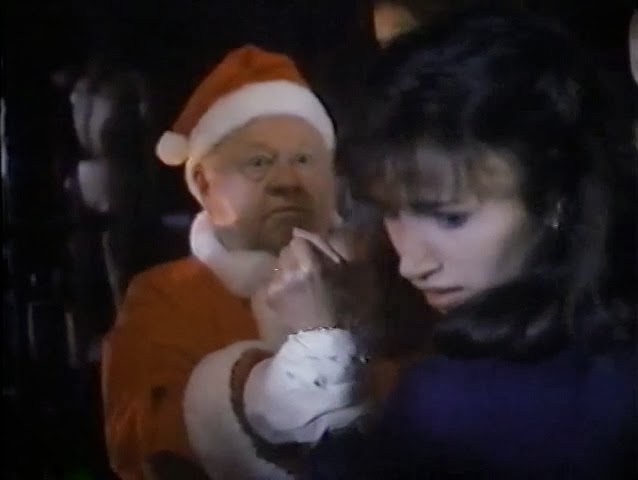 THE TOYMAKER takes its cue from the lackluster fourth entry in the series, SILENT NIGHT, DEADLY NIGHT 4: THE INITIATION, and ignores the adventures of Billy and Ricky, the killer Santas from the first three films. Instead, the film opens with a young boy witnessing his father’s death at the hands of a killer Santa Claus toy, and for the next ninety minutes, the audience is treated to a horror-and-sci-fi influenced re-telling of Pinocchio featuring killer toys, murderous robots and Mickey Rooney. It is without a doubt the most entertaining entry in the series since the second installment. 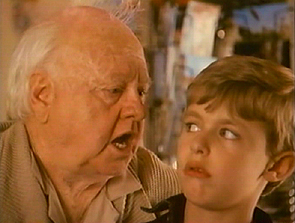 There really isn’t much that’s subtle about THE TOYMAKER. I had seen this entry as a pre-teen on cable, and I like to think that at eleven years old I caught on that writer Brian Yuzna was beating me over the head with the Pinocchio references — Mickey Rooney’s character is named Joe Petto, his is named Pino, and a babysitter is reading Pinocchio out loud to young kids — but that’s part of the fun of this forgotten piece of holiday themed horror.

The film is very high-concept, especially for low-budget, direct-to-video trash. The kills are inventive and fun, utilizing some great practical effects created by Screaming Mad George, and there is plenty of gore, a hallmark of writer/producer Brian Yuzna. Director and co-writer Martin Kitrosser was no stranger to horror sequels having had a hand in FRIDAY THE 13th, PART III as well as THE FINAL CHAPTER and A NEW BEGINNING (arguably the trashiest of the FRIDAY THE 13TH films). THE TOYMAKER has a very fun Full Moon vibe, with killer dolls and simple story which is a welcome change of pace from the very mean-spirited tone of the original. In fact, much like Pinhead in the later HELLRAISER entries the Christmas theme feels shoehorned in simply to slap the SILENT NIGHT, DEADLY NIGHT moniker on the box art. It makes one wonder just how much cache the filmmakers thought the franchise had at the time. The stunt-casting of Mickey Rooney, the voice of Santa Claus from the Rankin-Bass Christmas specials of our youth, is inspired, especially since Rooney (BREAKFAST AT TIFFANY’S) was one of the most outspoken opponents of the original SILENT NIGHT DEADLY NIGHT during its theatrical release in 1984. In a letter, Rooney called for “the scum who made that movie” to be run out of town.

Sex was always a selling point on late-night cable trash from HARDBODIES to horror flicks and the SILENT NIGHT, DEADLY NIGHT series always explored the concept of sex being “naughty.” Linnea Quigley memorably met her maker via some mounted antlers in the 194 original after engaging in some lackluster babysitting. THE TOYMAKER keeps with that holiday tradition and  treats the audience to some skin from Jane Higgenson as a sexy mom in thigh-high stockings (notable for this writer) including a terrifically strange scene towards the end with Pino that revels some weird psycho-sexual undertones that are a hallmark of the series. The centerpiece of the film is an all out toy attack on a young couple involved in coitus orchestrated by Mickey Rooney in a Santa Claus suit. That sentence alone should sell you on this movie, and there’s so much more weirdness to behold in the film’s brisk 90 minutes. 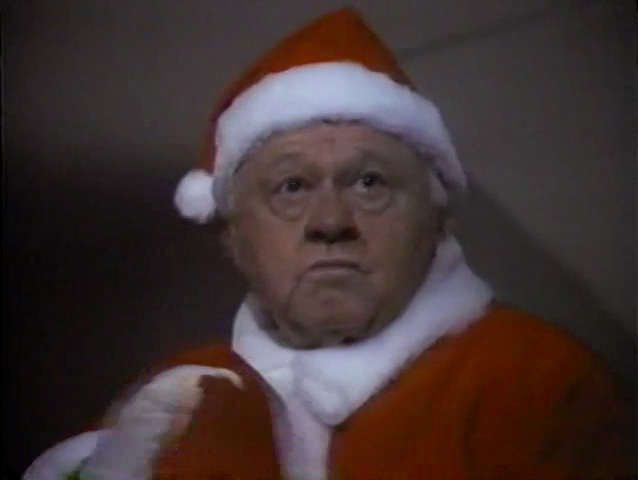 I am quick to note that in the new millennium, spoilers are inconsequential and that knowing a twist in a movie shouldn’t deter from your enjoyment. If that were true, then nobody would ever enjoy EMPIRE STRIKES BACK upon multiple viewings. Part of the fun of THE TOYMAKER is the twists and turns it takes but that’s also one of the best selling points of the film. If you’re still undecided I will sell it to you right now….