Home  ⁄  The Wire  ⁄  SHARPEN THE BLADES! LONE WOLF AND CUB: THE COMPLETE FILM SERIES IS COMING TO BLU-RAY FROM ANIMEIGO!
Jul 11, 2012 Asian Comments 0

“I am the Second designated by the Shogunate… Ogami Itto.”

Sharpen the blades, toss the kid in the cart, and get ready for six films of pure revenge, because LONE WOLF AND CUB: THE COMPLETE FILM SERIES is coming to Blu-ray in its original form from AnimEigo. The SHOGUN ASSASSIN Blu-ray box-set was released back in April, I have a serious love/hate relationship with that film, in the end it’s a gateway drug to a bigger universe. I can’t wait to see the first two films in this series (SWORD OF VENGEANCE and BABYCART AT THE RIVER STYX) in full HD. Fans have been waiting a long time for this, and this September they get their wish when Ogami Itto runs with the big dogs on Blu. After talking to AnimEigo today, the results are stunning.

Each film will be in full HD resolution with Digital Noise Reduction, re-synced and enhanced subtitles, and more. We should be seeing the full list of features later today or tomorrow but I wanted to let you guys know about this as soon as I found out. Stand by for more info. Pre-order is open now on Amazon.com, click here or click the poster below to book it. 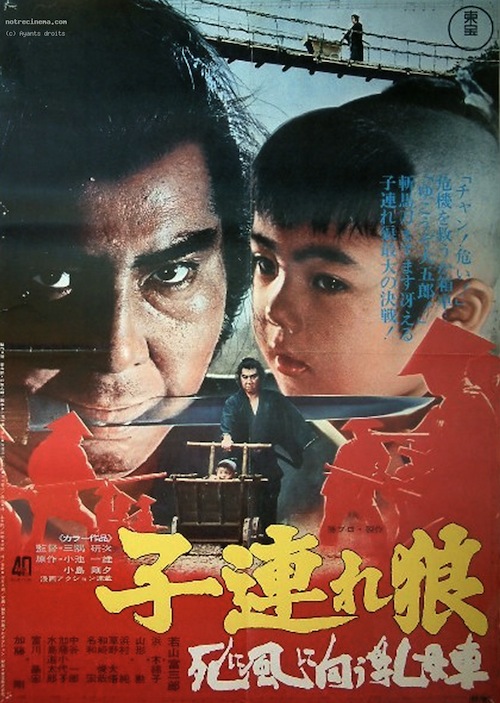