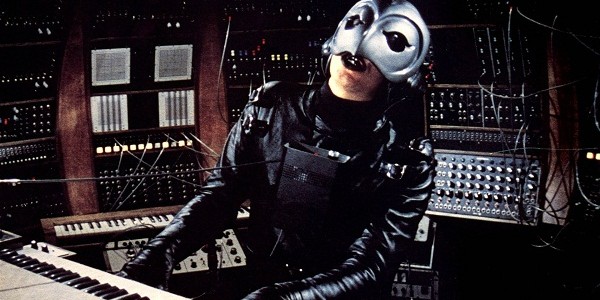 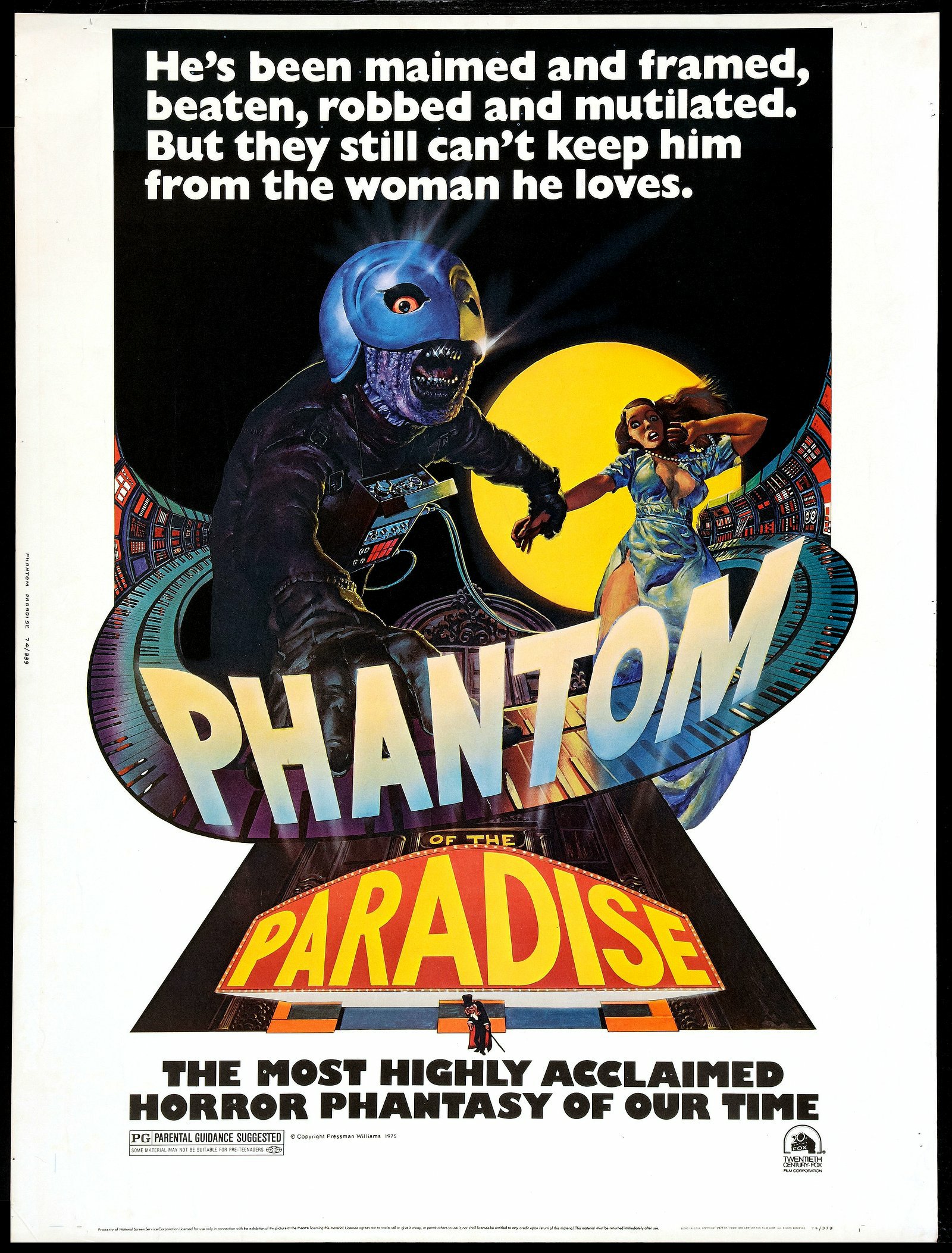 PHANTOM OF THE PARADISE

USA, 1974
Directed by: Brian De Palma
Starring: William Finley, Paul Williams, Jessica Harper and narrated by Rod Serling
This started a while ago, and in fact, does not start with PHANTOM OF THE PARADISE.
This actually starts with two events that sparked off a chain of events that later led to PHANTOM OF THE PARADISE. Both involve elements that pertain to PHANTOM OF THE PARADISE, but it starts off, like so many other things, with my youth under the influence of others. With that idea in mind, I’ll give you two little backstories that leads up to the main event. The first being my parents taking me to see Phantom Of The Opera when I was in Grade 7, which was a game changer. I was enraptured by all of the Andrew Lloyd Webber trappings; the cheorography, the costumes, and the story. It was enough to make me seek out the original Gaston LeRoux novel and feel nothing but the most pre-teen of angst for this mad genius, forced to live beneath Paris and compose for a world that didn’t understand him. It was a summer book, read the same year I discovered Valley Of The Dolls, and I read both on hot days on the beach. The second catalyst in this potion was at the age of fourteen and on a weekend getaway with my high school boyfriend and his family. We were in the basement of his relatives house, in our two sleeping bags with a movie we’d rented, which I had thought was a ruse for the adults in the house. Such was not the case. He was encouraging me to watch ROCKY HORROR PICTURE SHOW, and I was trying my best to entice him to ignore it and make out with me. But enough interest in the film stuck with me, and I wound up watching it again later, when I’d not be *quite* so distracted by a tsunami of hormones.
The reason I mention this is that both of these are key elements to why I ever picked up PHANTOM OF THE PARADISE, and at the same time has nothing to do with either of them. Much like PHANTOM OF THE PARADISE, which incorporates both of these elements (classic literature and rock opera) it’s still something of a dichotomy between the two. While this made it hard to define and sell to audiences, box offices, and so forth, it was the very thing that attracted me to it. That, and the Phantom was kind of dishy to my young hormone-addled self, who saw a mad-genius masked figure in an almost-fetishy leather jumpsuit wreaking justice on those who wronged him in an attempt to save the life of his Muse. Kind of the stuff that teenage goth girls are made of. Between that and David Bowie’s codpiece in LABYRINTH, my life path was kind of set in stone for me from that moment on…
I first came across this film, as I did so many other classics, while looking for something that would fill an otherwise empty Friday night of drawing and painting at home and give teenaged me an opportunity to lose myself in something. But when I got this treasure home, my watercolours and my sketchbook were left untouched as I got lost in the music, the camp and the story of PHANTOM OF THE PARADISE, which echoed my earlier young escalated heartbeats to the story of the mad, disfigured musician who composed for his muse, was tortured by the people around him, and truly misunderstood. Only now it was crazy, with drugs, over the top costumes, and campy music by Paul Williams. I wasn’t familiar with much of his work prior to this outside of one episode of The Muppet Show where he was rather sweet, and nothing like the Machiavellian monster of Swan in PHANTOM OF THE PARADISE. I have to admit, I rather liked the change of character. Between my interest in darker themes and the classical literature references (LeRoux, Wilde, Faust) I was destined to fall in love with it, and it was more to my taste than ROCKY HORROR was. 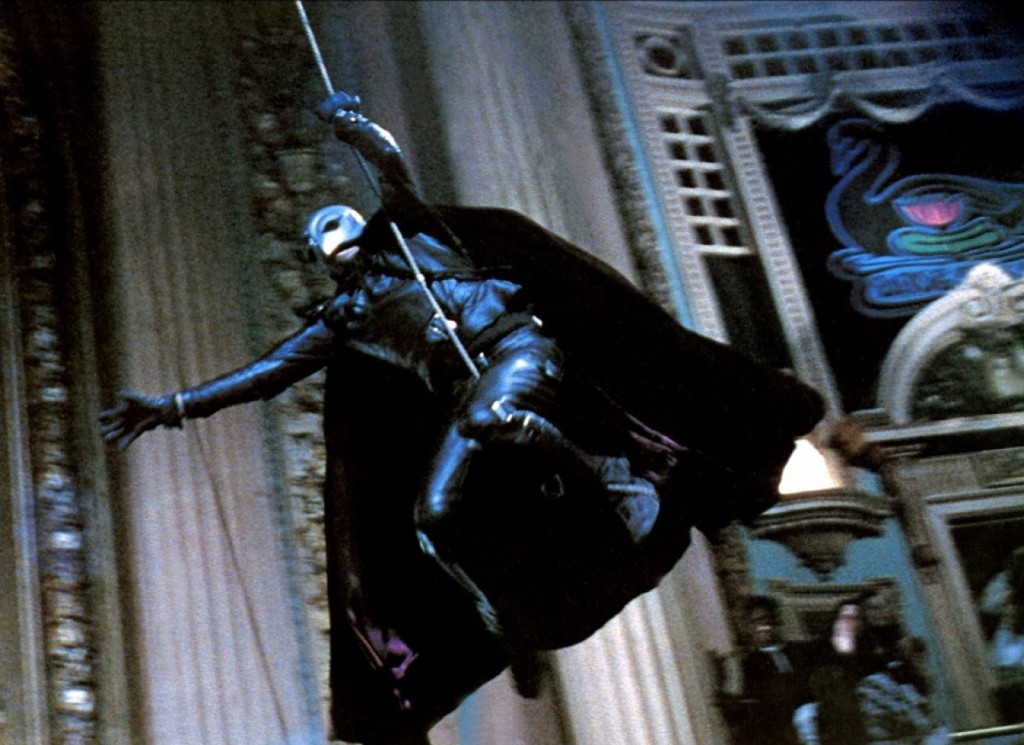 Given all the facets of the story, it boils down to Winslow Leach (William Finley) selling his soul to Satanic music producer Swan (Paul Williams) in a pact with the devil to compose a cantata for the lovely Phoenix (Jessica Harper), but after he is disfigured, ripped off, and all but sealed into his production studio. I’m pretty sure most people who do editing and production in either music or film can relate to this on some level, actually. If you can, seeing this might be good therapy and a chance to compare notes on avoiding having all of your teeth pulled in prison and replaced with metal ones a la Jaws, and making deals with unholy forces. The voyueristic of the camera shots, as well as split screen actions has some giallo undertones, but as Brian De Palma is at the helm directing, that shouldn’t come as a huge shock, given some of his other work, and gives it an art house quality to the film, and tempers the camp of the rest of the film.

When it first was released, people didn’t get it. But strangely, as with many cult hits, it found little pockets of fandom, even in the 1970s, and it has since continued on. One of these pockets, I’m pleased to point out, was Winnipeg, Manitoba in Canada, where some of the earliest supporters gathered, and is now home to Astron 6. But then again, given the layers of this film and its aversion to being black-and-white in regards to who is the good guy or the bad, I don’t expect this to be everyone’s cup of tea. But if your humour is a little twisted, if you like singing and dancing in your movie, and if you want to see Paul Williams as a sex symbol, then this is truly worth checking out. Just as well that the collector’s edition Blu-Ray and DVD are out for this little forty-year-old gem, and trust, it’s worth picking up, and you don’t even have to sign your name anywhere in blood.

Little Miss Risk is the star of stage and scream. Her legendary burlesque performances can be seen at the wrong place at the right time across this landscape of ours. She co-starred in AMERICAN MARY, directed by The Soska Twins, and most recently starred in THE EDITOR and in THE ABCs OF DEATH 2. Check out all of Little Miss Risk’s previous journeys into the wild and the wicked here!