The unfortunate television pilot that was not picked up to become a regular series did, at one time, have some sort of minimal value to the networks. A feature-length pilot for a new drama or mystery series could be aired as a TV-movie, and a comedy pilot could be given a random placement as a schedule filler, usually on a Friday or Saturday night opposite a show that’s a ratings juggernaut anyway. CBS even had a summer series devoted to airing unsold pilots as an anthology format, the “CBS Summer Playhouse” that aired in the late ‘80s.

Now, however, the pilot films that do get viewed by more than a handful of choosy network execs trying to pick the next “Whitney” find an audience only due to occasional internet leaks, like the one that brought David Kelley’s aborted “Wonder Woman” pilot to a host of needy fanboys. Sure, the result was the judgment that the network made the right call (the pilot is pretty awful and would have no doubt hurt the hopes of a good Wonder Woman vehicle more than anything), but by people being able to see the pilot, the curiosity was sated.

That’s why NBC’s recent airing of the pilot of “Mockingbird Lane,” a concept episode for a series based on “The Munsters” from Bryan Fuller that they decided not to turn into a full series, is such a pleasant surprise. They not only aired it on Friday, but have made the episode easily available for free on Hulu here. It’s almost as though they want audiences to let them know whether or not they were right. 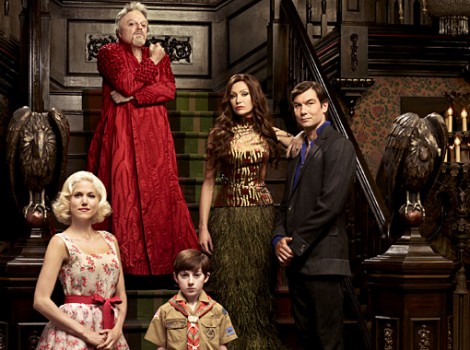 The issue with turning this into a series, from all reports, is mostly financial – the pilot reportedly cost $10 million to make, and while much of that wouldn’t transfer to the series (sets and much of the casting being in place already would, no doubt, trim the costs) it would still be a burden to produce. It’s a shame, too, as “Mockingbird Lane” is one of the more clever “re-inventions” of a vintage TV concept that I’ve seen in a while.

Bryan Fuller uses the same sort of tone he used on “Dead Like Me,” “Wonderfalls” and “Pushing Daisies” – all shows that used a fantastic concept as a jumping off point for mixing realistic characters with clever dialogue. It’s a significantly more macabre tone than the original “Munsters,” certainly, as Grampa (Eddie Izzard, who is excellent and seems to be having a great time) is an unrepentant vampire who turns into a beast creature and often consumes his prey in the buff, and the pilot episode even ends up with the death of a character, however accidental. It’s fairly gory as well, with Herman Munster (Jerry O’Connell)’s open heart surgery shown in fairly graphic detail. In short, it’s not “The Munsters” of yore by any means.

But y’know what? Screw “The Munsters.”

“The Munsters” was terrible. Essentially an unremarkable family sitcom with a bunch of monster-based puns and gags thrown out by a group of very talented comedic performers, “The Munsters” was always a poor man’s “The Addams Family.” Where “The Addams Family” based their lifestyle on embracing the macabre in a gleefully gothic style, “The Munsters” was creaky and humdrum, with characters that wanted to fit in rather than stand out. It got lucky by casting the likes of Fred Gwynne, Al Lewis and Yvonne DeCarlo, who gave the material their all, but under a lesser group of actors, it would never have made it past the pilot. In fact, it didn’t – the initial pilot was recast after a 15-minute pitch presentation before the series aired, and every subsequent TV-movie attempt to make a new Munsters show has failed, save for the lame “The Munsters Today,” which somehow ran for three seasons. The only reason it ran that long? The cast included veteran character actors John Schuck, Howard Morton and Lee Meriwether, along with future voice actor Jason Marsden. 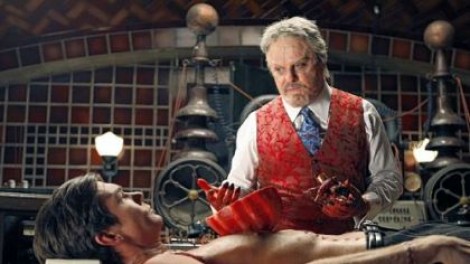 So “Mockingbird Lane,” by using the family unit of “The Munsters” as a source and essentially eschewing the goofy tone of the original for a much more “Addams Family” like sensibility, is a “Munsters” reborn in the best way. It does have some solid casting, though outside of Izzard, they’re not given that much opportunity to shine in the pilot. Portia de Rossi’s Lily Munster is a definite upgrade, as they’ve made Lily attractive rather than creepy and homely (Yvonne DeCarlo, resentful of the way that they made her appear on the show, must be rolling in her grave) though she’s not given enough of a spotlight to be clearly defined. Charity Wakefield, the eighth(!) actress to play Marilyn Munster, may be the first to actually give the role some depth – she looks and acts like Scarlett Johansen would if she was awake.

It’s not as though the pilot doesn’t have problems. The morbid sense of humor clashes a little bit with the family-like unit, and there’s the potential to get into weirdly uncomfortable areas pretty quickly. The CGI is pretty lame as well – the $10 million budget doesn’t really show up in some of the half-baked effects sequences. Neither of these problems, however, can’t be overcome in the long run, and it certainly shows a lot more potential than a number of the shows that actually made it to screen.

If “Mockingbird Lane” were on the likes of FX or Starz, it would be much more likely to have been picked up, but the price tag probably doesn’t make that particularly cost-effective. It will, most likely, just be another in the long line of Fuller series that never quite found an audience outside of a minor cult one, even if DVDs of the complete “Dead Like Me,” “Wonderfalls” or even the similarly unsold pilot “The Amazing Screw-On Head” are more prominent on people’s shelves than most series that ran for years. (Does anyone actually own this?) 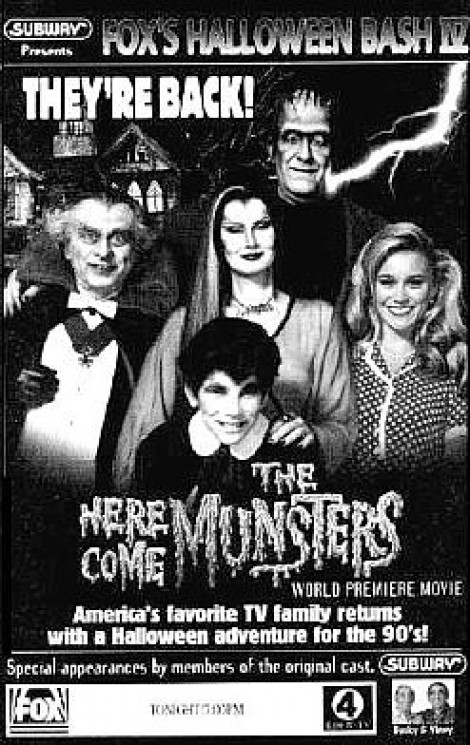