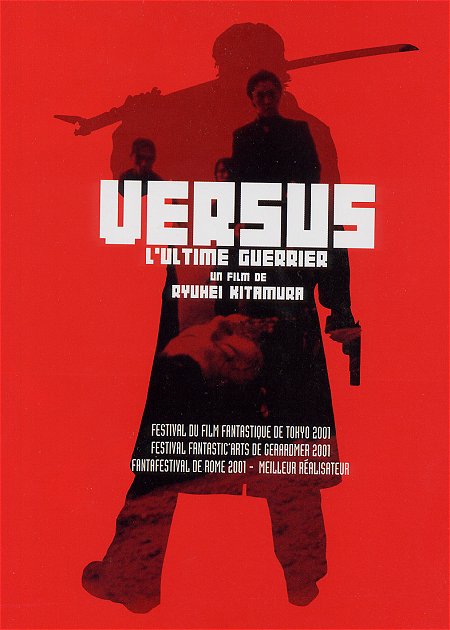 I have a little confession to make: I have an extreme weakness for Japanese film. I think it actually started in high school with an obsession with SAILOR MOON and manga but when I started watching Japanese horror films… well, it had been like eating McDonalds all my life then introducing rich French food to my palate. It blew my mind. Typical North American zombie movies look like an average bath mat compared to the ornate tapestries of the Japanese minds. Demented, twisted, and awesome. I doff my hat to them. 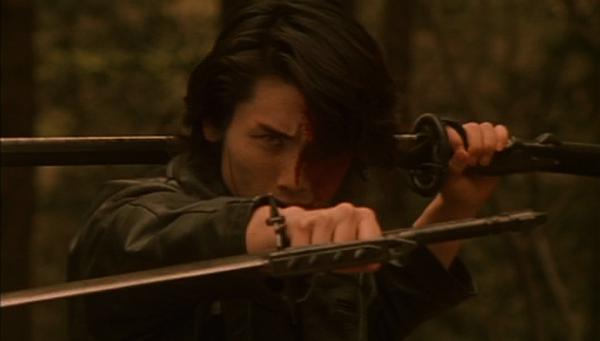 VERSUS centers around Prisoner KSC2-303 and a friend who are escapees. They flee police custody only to find themselves in the forest and stumble across a group of Yakuza readying to execute the Man and the Girl in the forest. However, unbeknownst to any of them, this forest is one of the six hundred and sixty-six portals that connect our world and the Great Beyond. I suspect given the chance to execute and dump bodies elsewhere if they had known, they likely would have. Doing so in this place leads to the resurrection of all the men they have killed and planted in the forest. KSC2-303 and the Yakuza leader begin to act a little funny, with memories from a past life coming down the pipe, and speaking about the ‘Forest Of Resurrection’. Once they meet, they realize that this is an ancient conflict between them that has been playing out as long as time has existed and it is KSC2-303’s destiny to protect The Girl from harm. This cycle has been played out for generations, but this is likely it’s the first time it’s gone down with mobsters and zombies. 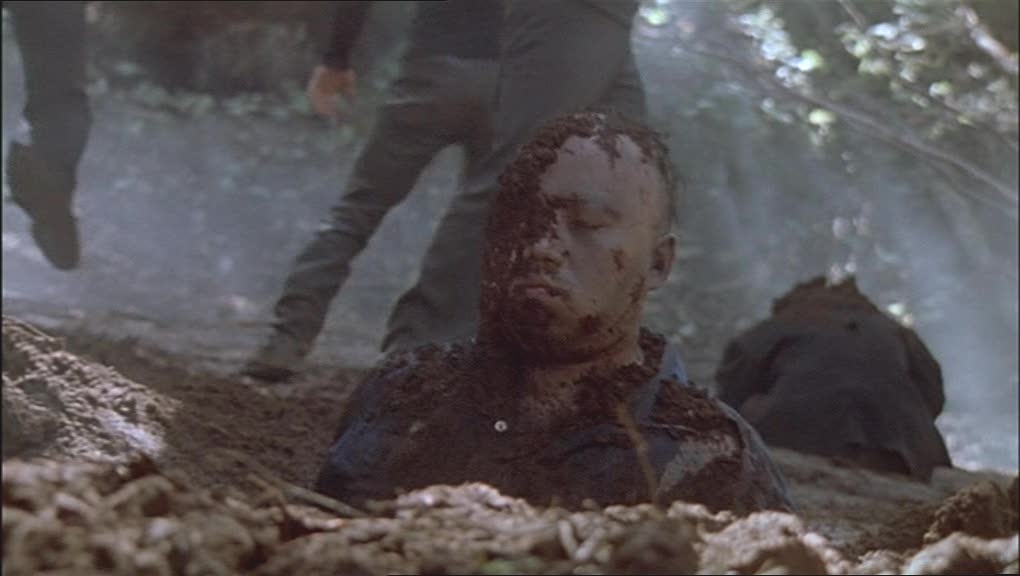 Okay, now let’s hold up here. Just take a moment to absorb what I just told you about the film. That’s right: Mobsters versus zombies. As soon as I heard about it, I’m sure I could have taken my panties off an thrown them at the wall and they’d have stuck. Or at least have creeped down like one of those weird gummy octopi. I am unfamiliar with Ryuhei Kitamura’s other works, but it’s going to be hard to find another film as entertaining as this one was. He’s set the bar pretty darn high for himself but I’m all for being impressed. This is a great merging of genres, and gentleman I DARE you to watch this without getting an action-boner. Even if you hate subtitles, you’ll enjoy it and the dialog is pretty epic, as well. Go rent this. Your welcome.