Home  ⁄  The Wire  ⁄  CASTING CRUE: HERE’S WHO MUST STAR IN MOTLEY CRUE’S “THE DIRT” BIOPIC 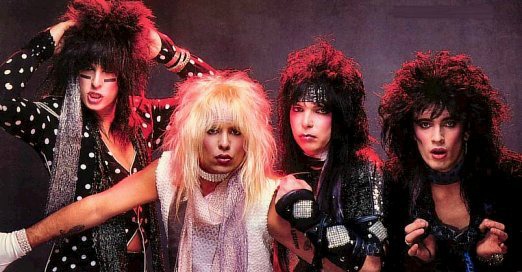 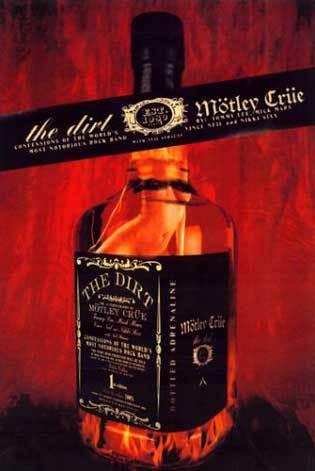 Deadline reports that the movie version of Mötley Crüe’s The Dirt: Confessions Of The World’s Most Dangerous Rock Band is back on, with JACKASS‘s Jeff Tremaine directing a script by Californication creator Tom Kapinos.  We’ve been here before.  Many times.  Ever since it was released in 2001, The Dirt has been looked at as a property that is just dying to be a movie.  And to some degree, it is.  Mötley Crüe is one of the stupidest things that has ever happened in America, and I say this as someone who’s seen them in concert.  I kinda love them, but I kinda love whiskey too, and no good ever came out of that either.  I read The Dirt in my twenties, long after Mötley Crüe’s heyday and long after any possibility of me taking them too seriously, and even still, it reminded me of a Dickens novel, only with projectile vomiting.

The book came out during the zenith of the appetite for Behind The Music style music-business tell-alls, and this was maybe the most interesting of them all, since co-conspirator Neil Strauss (co-author of The Game, gross) does at least frame the oral history smartly and compellingly, with each chapter being told from the perspective of one of the four primary band members, with various interjections from managers, exes, and peripheral figures.

The thing is, these guys are real shitbags.

None of us on earth has the right to judge another man, and there but for the grace of God, and all that good stuff, but to some degree we have to accept that there are some people who do more decent works on this planet than others.  That’s why you have guys like the Dalai Lama and Michael J. Fox and Reverend Run, to remind us of the best we are all capable of doing.  Then you have Mick Mars, Nikki Sixx, Tommy Lee, and Vince Neil, listed here quite arguably in rapidly descending order of wasted oxygen, from least to most.

This is a band who released a box set called “Music To Crash Your Car To” — AFTER their lead singer got away with vehicular manslaughter.  Shit ain’t too subjective.

That said, Mötley Crüe were frankly a much better band than the majority of the garbage that swarmed the Sunset Strip in their wake — Nikki Sixx can write a catchy song, Mick Mars can really play that goddamn guitar, and Tommy Lee can definitely whale away on those drums.  And again, there are some truly Biblical stories in that book.  Vince Neil skirted those drunk driving charges but then he lost a kid — I mean goddamn, who can pass judgment on that?  Mick Mars dealt with crippling pain his entire life.  Nikki Sixx was basically a walking Gus Van Sant movie as a kid.  Tommy Lee — hell, he’s still a total shitbag, but then again, he’s apparently very active in animal rights organizations.  Who can hate too hard on anyone who does that?  No matter what one may or may not think about these people, there are some good stories here.

Is Jeff Tremaine the one to tell them?  Hell if I know.  I like what he and the JACKASS guys do but we’ve never really seen him do anything else.  Interestingly, BAD GRANDPA took on a very BORAT kind of structure, and BORAT director Larry Charles was one of the filmmakers looking to make a movie of The Dirt.  He had reportedly gotten Val Kilmer and Christopher Walken on board as David Lee Roth and Ozzy Osbourne, respectively.  I like Val Kilmer for this movie, but not in the role of Diamond Dave.  I think we need him on center stage, and yeah, I know he’s already starred in a rock movie but fuck The Doors.

Here is the ideal cast list for DIRT, the Mötley Crüe movie: 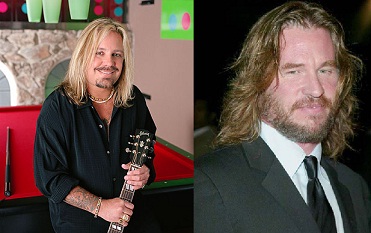 For this role you need to see a real squealy, sleazy rat-fuck motherfucker, and at this point, visually speaking, David Spade is pretty much there.  But he isn’t one-tenth the actor Val Kilmer is — few actors are.  This is a guy who’s played Batman, Moses, Elvis, and John Holmes all in the same career. So he’s got the range, and he’s got the guts too, the willingness to be nasty.  We’ve all seen him in HEAT, where he danced along the same line between charming and despicable that a Crüe movie will need to navigate. 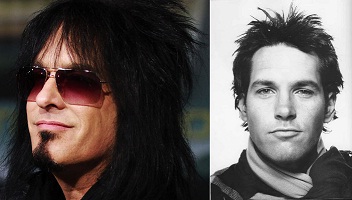 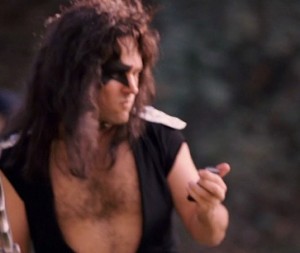 Besides the evident physical congruence, there’s the fact that James Hong has experience playing the duality of an ailing husk of a man and an eight-foot-tall rock god (both Lo Pan).  You already know BIG TROUBLE IN LITTLE CHINA by heart.  But did you know James Hong can really shred on the electric guitar? 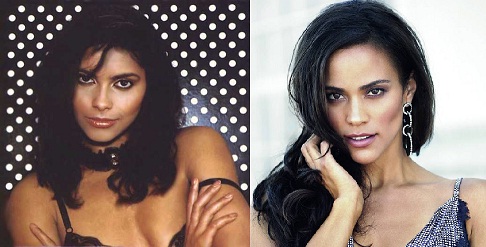 Nikki Sixx’s amour fou, most likely his greatest accomplishment, was a Prince protégée and actress in films like 52 PICK-UP, NEVER TOO YOUNG TO DIE, and THE LAST DRAGON before becoming a satellite character in the Mötley Crüe orbit.  We’d need an awesome-looking human being with liberal attitudes towards disrobing onscreen who could also handle the Tennessee Williams of the piece.  This is the obvious choice, and one suspects she might benefit from proximity to any kind of music that has testosterone to it.

Mötley Crüe went on tour with Ozzy in 1984 and together they had some fine times.  Laughing, joking, snorting a line of fire ants off the ground, pissing on the pavement and lapping it up — what fun they had!  Brad Dourif is a brilliant actor who has worked with Milos Forman, David Lynch, Spike Lee, and Peter Jackson.  Also, he’s played Chucky the Murder Doll six times on film, so he’d be right at home here.

These two gentlemen are selling the same shit, really.

This was not a call that required a whole lot of hand-wringing.

The lead guitarist and chief songwriter of the band Cheap Trick is a specter in The Dirt long before he ever makes an appearance.  Young Frank Feranna spends his formative years idolizing Rick Nielsen and Cheap Trick, and when he becomes Nikki Sixx and founds Mötley Crüe, he repeatedly states that he holds that band to be the gold standard.  Well, we know what else is gold.  In a heartbreaking, hilarious, and horrifying anecdote, Nikki relates what happened when he spent a drunken night in the presence of Rick Nielsen, who should be played by Tony Hale, the lovable character actor from Arrested Development and Veep in order to play the moment for maximum mortification and tragedy.  Of all the questions Nikki Sixx could have asked Rick Nielsen about music, all he could do in his stupor was obsess over the black rubber jacket Nielsen was wearing that night.  Here’s how Nikki tells it:

I kneeled on the stool, pulled down my leather pants, and did what I’d been promising to do all night: peed on Rick’s jacket. He didn’t even realize anything was happening until it started dribbling down his pants and onto the floor. I thought it was pretty funny at the time, but when I went up to my room afterwards, I felt terrible: I had just pissed on my hero.

“I had just pissed on my hero.”  That should be the essence of this film. 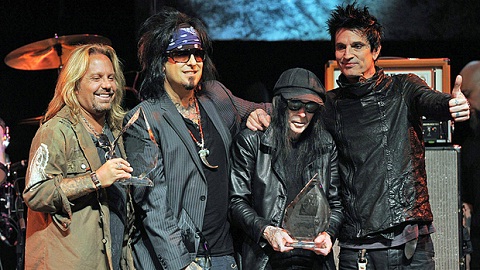 Agree? Disagree? Did I miss anybody? Got your own ideas? Share ’em!