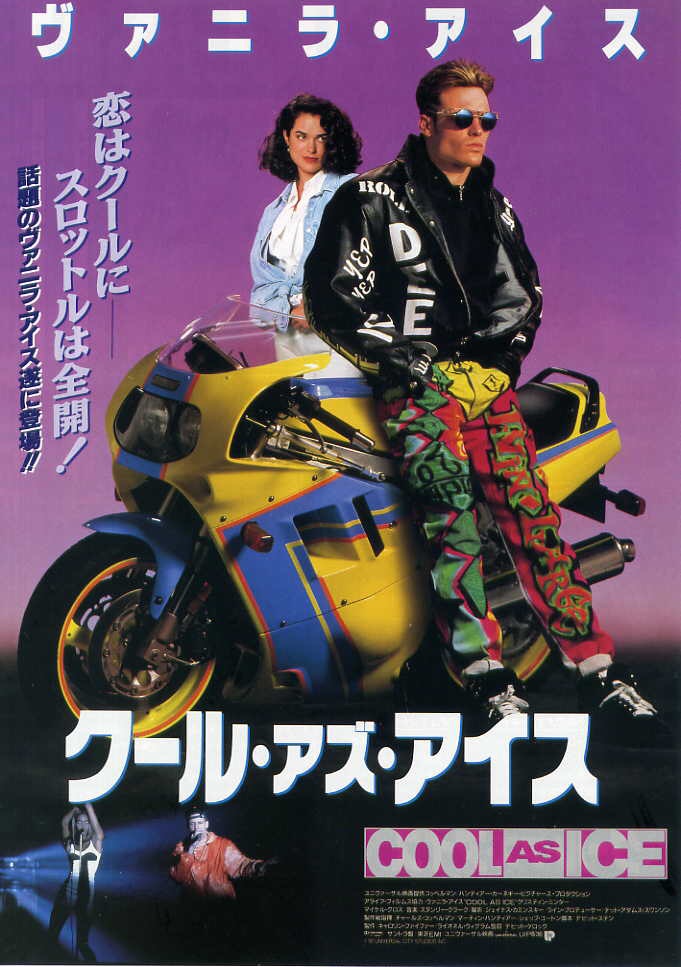 COOL AS ICE is screening tonight — in 35mm! — at New York’s Alamo Drafthouse. Hang on, don’t run off just yet. Watch your boy, about to argue for the virtues of COOL AS ICE. First of all, there’s cultural value. This film serves as a snapshot of a moment in American history when a man who willingly named himself “Vanilla Ice,” complete with that insane haircut and that buffoonish demeanor, was both a sex symbol and a chart-topping pop act. Bizarrely, if you give the movie a chance you will see he’s kinda good in it. I mean, I don’t know if anything he does in this movie is intentional, but I do know it’s amazingly bizarre. He’s deadly in all those recent Adam Sandler Netflix movies, but maybe he just forgot how effortlessly hilarious he was back in the early ‘nineties. 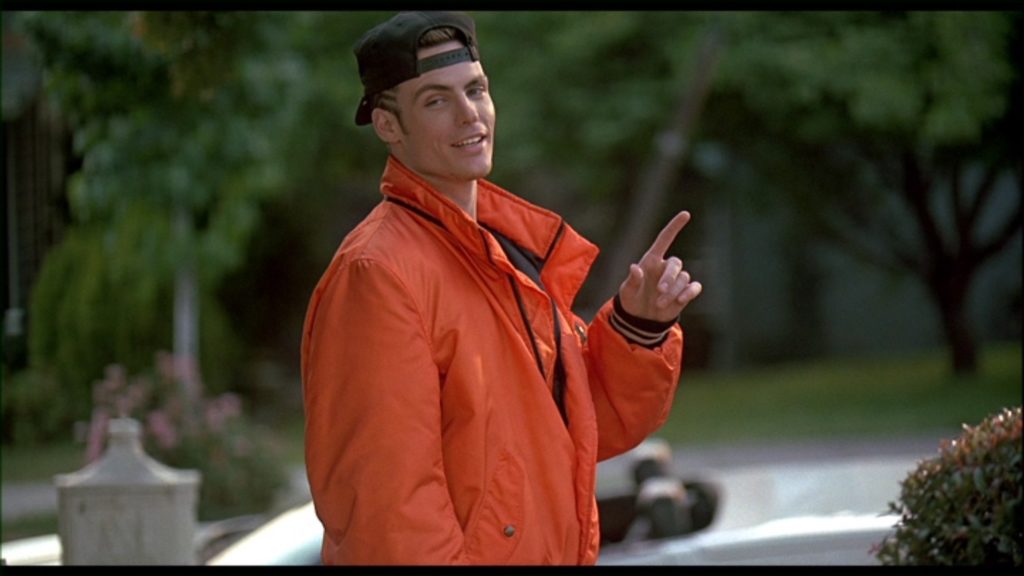 But if Vanilla Ice did all the stuff he does in COOL AS ICE on purpose, he deserves all the shine Jim Carrey got during that decade. Terrific musical-comedy performance. COOL AS ICE is basically a musical take on THE WILD ONE, with no small amount of FOOTLOOSE sprinkled in there. “Ice” or “Vanilla” — or “Johnny,” as he calls himself in COOL AS ICE — is a rapping drifter who falls for a small-town girl (played by the very likable Kristin Minter), to the consternation of her uptight, even-whiter-than-Vanilla-Ice father, played by Michael Gross from Family Ties and TREMORS. 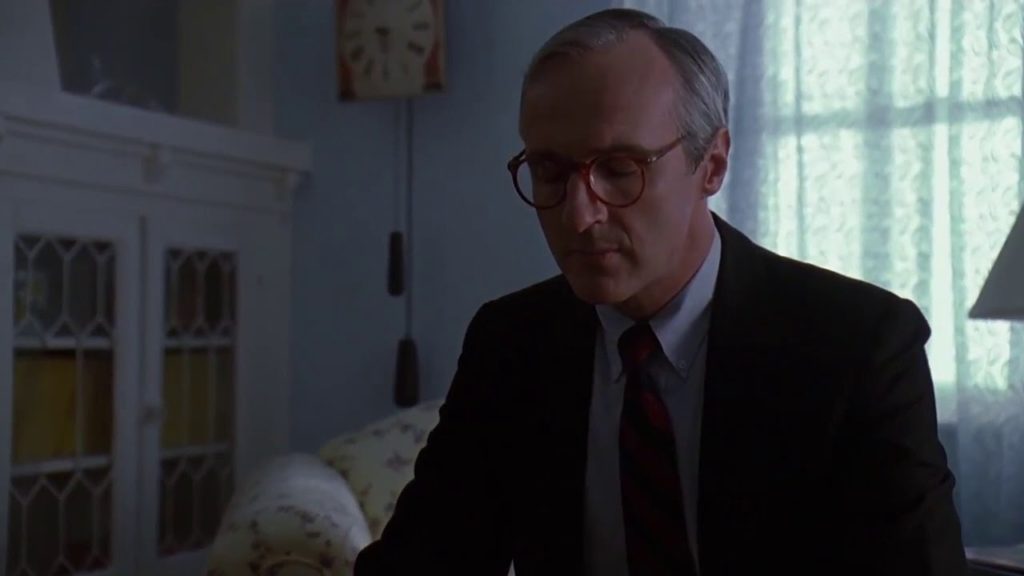 Because I think too much, I sometimes wonder if Michael Gross wanted to play the dad-in-FOOTLOOSE role after having so much fun working with Kevin Bacon in TREMORS. That’s a stretch, maybe, but you have no idea how much I’m willing to go long for a really convoluted pop-culture reference. Anyway, COOL AS ICE was directed by David Kellogg, a very successful director of commercials and music videos who didn’t make another feature until INSPECTOR GADGET, which also didn’t go over too well. But there’s a reason he worked so often in commercials and music videos — he knows how to sell stuff to an audience. COOL AS ICE isn’t a good movie, but that doesn’t mean it isn’t well made.

The opening musical sequence in particular is well-shot (by Janusz Kami?ski!) and well-edited (by Debra Goldfield), a high-spirited and dare-I-say-it infectious spectacle that is proof alone that this movie is hardly the total embarrassment so many would write it off as being. Sure, it’s one of those people dancing in a dimly-but-very-specifically-lit warehouse type of scenarios that I always saw on TV throughout that decade but could so rarely find in my personal life, but it’s also true that Naomi Campbell hasn’t come off so well since the video to “In The Closet.”  The movie never quite regains the infectious energy of that opening sequence, but that energy is enough for you to ride all the way through the film’s breezy 91-minute running time. Check it out. I may be crazy, but that doesn’t mean I’m wrong! 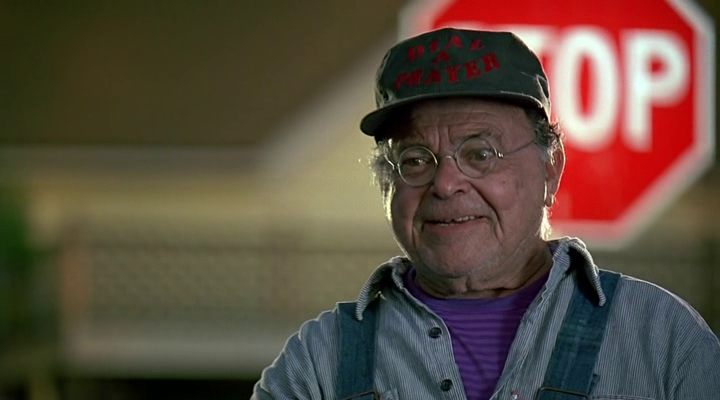 At the very least, this film is an essential stop on the road to Sydney Lassick completism. If you, like me, are an admirer of the globular character actor best known as Mr. Cheswick from ONE FLEW OVER THE CUCKOO’S NEST — but equally recognizable to enthusiasts of CARRIE, ALLIGATOR, THE UNSEEN, NIGHT PATROL, RATBOY, BODY SLAM, and DEEP COVER — you’re going to need to see COOL AS ICE. Yup. You are. You really, really are.