GRAVETRANCERS #1 is out in comic book stores today. Daily Grindhouse highly recommends it, and we were so excited about it that we talked to writer & creator M.L. Miller about it! 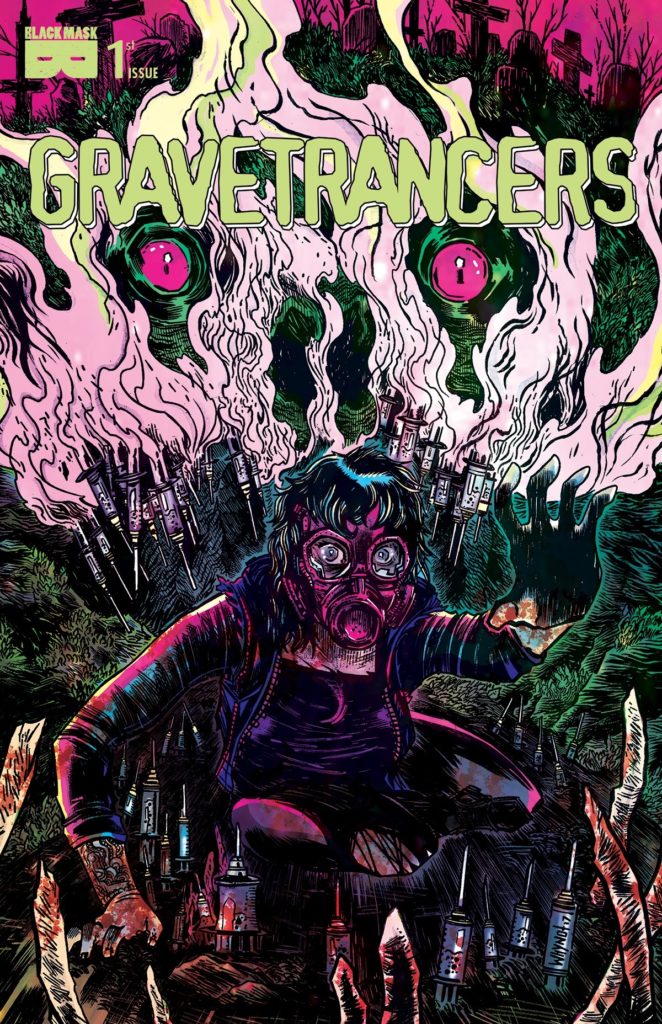 Tell us a bit about yourself. How long would you say you’ve been writing?

M.L. MILLER: I’ve been writing all my life.  I wrote short and long prose throughout school and college, but I didn’t write professionally until about 8 or 9 years ago. Once I got my first comic published at a small independent publisher called MUSCLES & FIGHTS, which was a goofy little anthology of weird little stories about — you guessed it, people with muscles fighting and other macho stuff, I was hooked.  Ever since then, I have been working on multiple projects, either in a freelance capacity such as THE JUNGLE BOOK for Zenescope Entertainment, or creator owned comics like PIROUETTE and GRAVETRANCERS from Black Mask. But up until a year or two ago, I was working as a therapist for a residential home for disadvantaged children. That job was rewarding, and definitely gave me lots of stories (good and bad) to use in my own fiction, but I wanted to focus on my writing and have been doing so for the last few years.

What drew you to horror in particular?

M.L. MILLER: I had horrible night terrors and nightmares as a kid.  But instead of being scared of that phenomenon, I think I sought to understand them.  So I started watching horror movies at a really young age.  I remember watching Saturday afternoon monster movies and Night Owl Theater when my parents would let me back in my hometown of Lima, Ohio.  As I grew older, I saw FRIDAY THE 13th on cable.  The next night, the same station played PART 2 and the next night was Part 3.  Then very soon after that, Part 4 was playing in theaters and I begged my mom and dad to take my brother and I to see it and we did.  I was such a young kid, but I think it was then that I really became a true fan of the genre.  I think fear is a potent thing and these horror films help all of us deal with it in powerful ways.  There’s a catharsis that one goes through watching horror films and while the genre often gets a lot of flack, I think it doesn’t get enough credit for being helpful in overcoming fears and problems rather than creating them.

Besides the real life horror story you mentioned at the back of the book, were there any films that inspired GRAVETRANCERS?

M.L. MILLER: Well, obviously, with the creepy family aspect of it, films like THE TEXAS CHAIN SAW MASSACRE, THE DEVIL’S REJECTS, MACABRE, SPIDER BABY, and THE HILLS HAVE EYES were inspirations. But apart from there being an eccentric family, I tried to shy away from any story beats from those films. I loved a film called BEYOND THE DARKNESS by Joe D’Amato, and I think anyone who has seen that film will recognize things. But while you could pick elements from different horror films, I really tried to take this story into directions that you don’t normally see in horror films. One aspect I wanted to explore was that the authorities are called very early in this story, and the police force play a big part of the story, rather than just showing up at the end to wrap things up. I don’t want to spoil too much, but it makes for some exciting challenges for the story once the cops are involved. 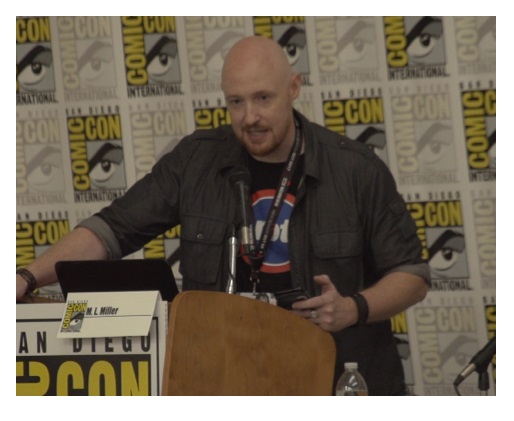 GRAVETRANCERS definitely has that true grindhouse feel to it — was that the intention when you began to write it or did it just sort of happen?

M.L. MILLER: Yes, I feel above all of the exploitation, nudity, and violence,’ grindhouse’ means something dangerous to me. So I wanted there to be a palpable sense of danger in this story, like anything could happen and that there will be surprises along the way. I wanted to make sure no one was safe (as shown in the first issue with the death of a very prominent character). I wanted to play with the final girl tropes. The thought that there will be some kind of just retribution at the end. And just challenge one’s feelings of right and wrong. I wanted to do the impossible and make the reader actually sympathize with this weird family. Stuff like that. I wanted to make people look over their shoulder while reading, and really challenge themselves as to who and what they are rooting for.  Hopefully, I achieved a little of that with this story. The art also has a way of making this feel gritty, as if it is filmed through a scratched lens and the film stock is about the break at any moment. I talked a lot with artist James Whynot about translating the ‘grindhouse’ aesthetic to the page, and I think he did a wonderful job doing just that.

Say you had to adapt GRAVETRANCERS into a movie — any particular actors you’d want to see involved?

M.L. MILLER: I always have a dream cast set of pics I send to my artist for references. I released it on my Facebook page a while back, before the project even was announced. Basically, it was a combination of old and new actors, most of them genre based. Shovel, who is a specific kind of shape, size, and look is inspired a little bit from Marty Feldman, Laurence R. Harvey, and Golem. Priber is pure Michael Ecklund (an actor more people should know about). Godfrey is the embodiment of John LaZar from BEYOND THE VALLEY OF THE DOLLS. And Mamm the matriarch is inspired by genre actress Maria Olsen from STARRY EYES. I gave James images of a young Ethan Embry for Anthony, and used images of a really good friend of mine to play our heroine Maribel. I think using imagery from films and pictures is a really good way of communicating to the artist what you want in a character.  While this dream cast is impossible, it is the cast of the movie in my head as I wrote it. 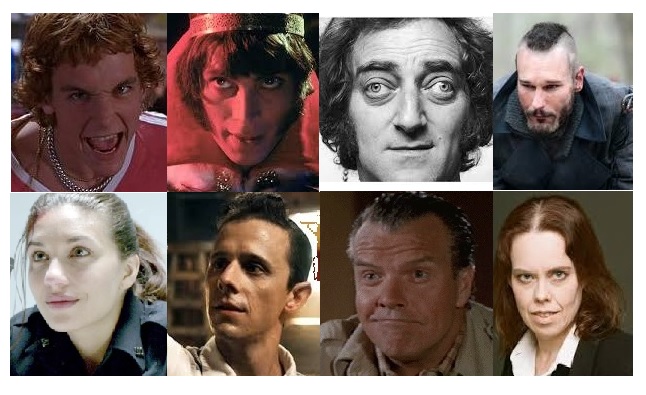