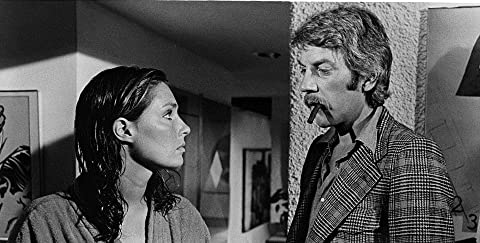 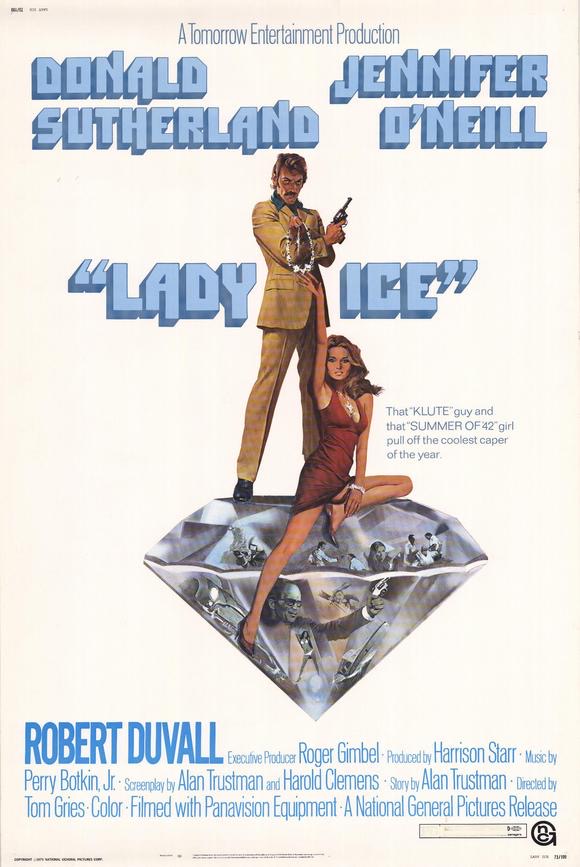 This was an impulse-watch off of my Netflix queue, back when Netflix queues were a thing. You can watch it now on Amazon Prime. I thought seeing this movie might be interesting because it came out not long after THE GODFATHER (actually, right around THE GODFATHER PART II) and it has a supporting role from Robert Duvall. It’s not totally worthless, but it’s not all that interesting either. It’s the “THE TOURIST” of its day.

Maybe it’s more like Stanley Donen’s CHARADE, only de-carbonated and watered-down. The poster tries to compare LADY ICE to KLUTE, but don’t let it snow ya.

LADY ICE stars Donald Sutherland, in one of his bizarrely-common romantic lead roles from that period, as a crafty insurance agent on the trail of a beautiful jewel thief, played by Jennifer O’Neill.

Jennifer O’Neill was an actress probably more famous at that time as a fashion model. I remember her (as the nicely-named Shasta Delaney) from RIO LOBO with John Wayne and as the lead in Lucio Fulci’s THE PSYCHIC, and many more film fans probably know her as Kim Obrist from Cronenberg’s SCANNERS, but most of the country remembers her as the long-term face of Cover Girl. So says the internet. 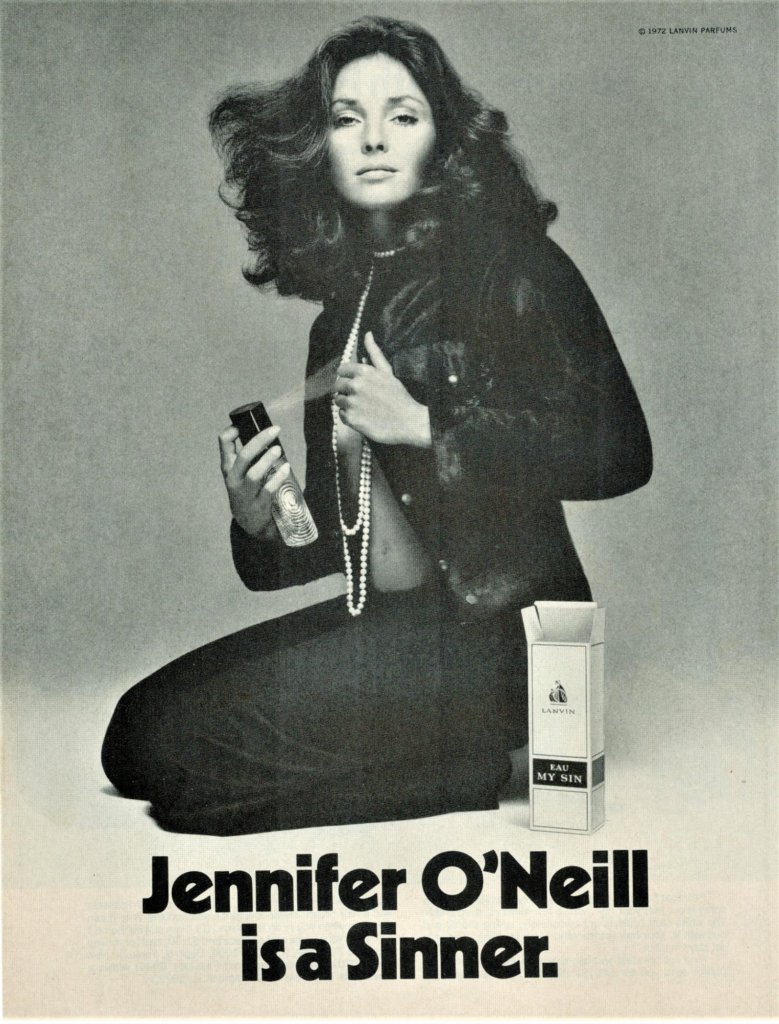 That latter background is more of what’s on display in LADY ICE — she’s striking to look at (abetted by cinematography by the veteran Lucien Ballard, who shot everything from Three Stooges shorts to THE WILD BUNCH), but let’s say she’s not entirely believable as a career criminal. Sutherland and Duvall are similarly disengaged from the narrative. Here’s a trailer:

LADY ICE is pretty much par for the course when it comes to the filmography of journeyman director Tom Gries (father of beloved character actor Jon Gries). It’s diverting but not exemplary. I prefer his films 100 RIFLES, with Burt Reynolds, Jim Brown, and Raquel Welch, and BREAKOUT and BREAKHEART PASS, both with Charles Bronson. I’m not sorry I checked it out, because the idea of a female criminal mastermind is always more interesting to me than the standard male version, but ultimately, there’s not much here to recommend if you’re not a Donald Sutherland completist. He wears a funky hat at several points in this one, so there you go.