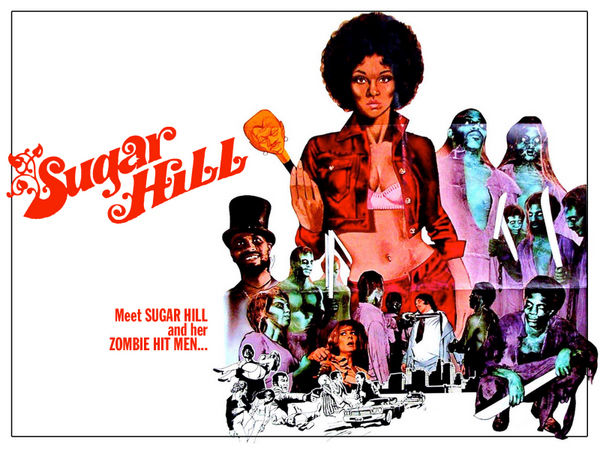 Released by American International Pictures not even a month before FOXY BROWN, maybe the biggest surprise about this movie is that it didn’t star Pam Grier, the AIP superstar who just a year before made an appearance in 1973’s SCREAM BLACULA SCREAM. It’s very easily a role Pam could have played, theoretically, but SUGAR HILL is about a woman who sells her soul in exchange for the command of a zombie army she sends after the men who killed her nightclub-owner boyfriend. That’s not exactly a Pam Grier role — it’s a little harder upon close reflection to see Pam, a phenomenal and gorgeous force of nature, turning to voodoo for revenge when she doesn’t normally need the supernatural assist to whup a bad guy’s ass. 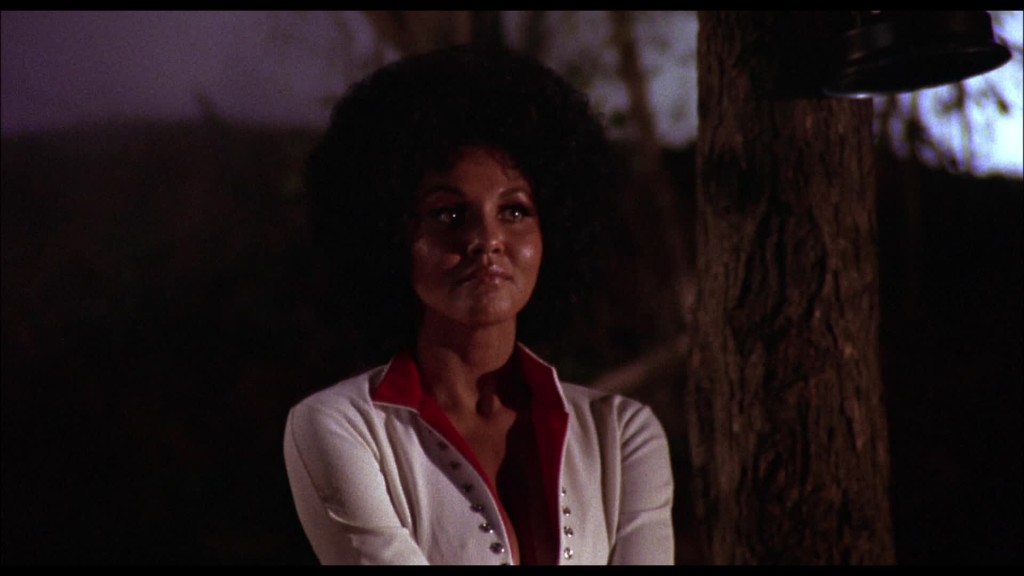 Marki Bey, who ended up with the role of Diana “Sugar” Hill, is a different sort of presence. She’s completely wonderful, for the record, but she has a slightly more urbane manner than Pam Grier, who in her AIP movies was fiery and coltish. She’s less of a physical presence than Pam is, though make no mistake, she’s definitely as charismatic as the movie needs. Sugar Hill’s fire is a much colder fire. Marki Bey is lovable and warm in the 1973 Arthur Marks picture THE ROOMMATES — she’s the one who most pops off the screen and makes a viewer, this viewer anyway, want to see and know much more about her. But Marki Bey’s acting career didn’t last past the 1970s, something that feels like more of a shame after seeing SUGAR HILL.

To some degree, SUGAR HILL is a silly movie, and it’s certainly an exploitation film, but to me there’s a fascinating moral charge to it. It’s one thing to punch or shoot a bad guy; it’s another thing to sic a horde of undead ghouls on them. Not that simple murder would be much nicer, but there’s something especially ruthless about how Sugar Hill goes about getting her revenge. The gangster who ordered the murder has a girlfriend, Celeste (Betty Ann Rees) who doesn’t get along with Sugar Hill — there’s a catfight, of course, and the girl’s a racist and it’s not too disappointing to see her defeated, but in the end Sugar dooms her to an eternity as the zombie hordes’ plaything. That’s awesomely cold. 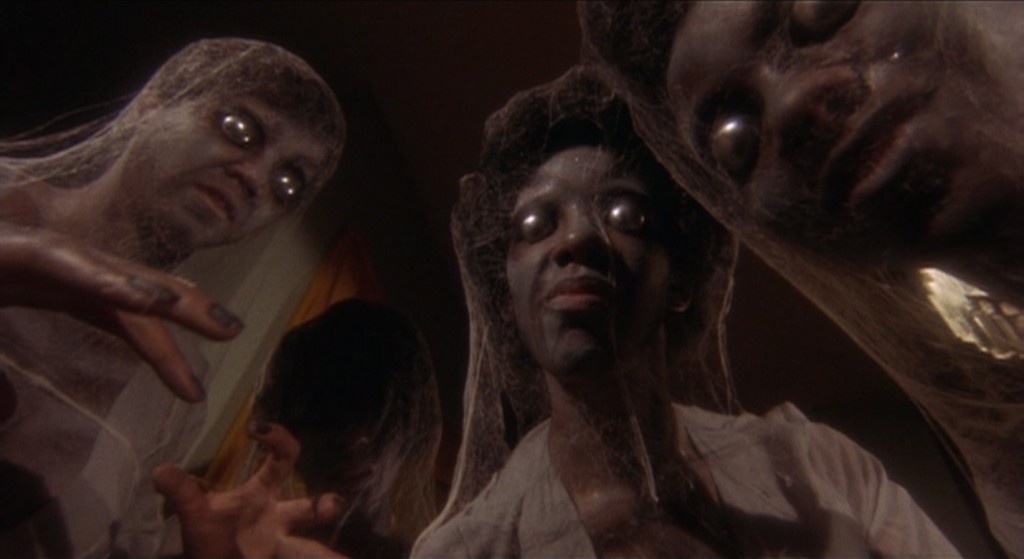 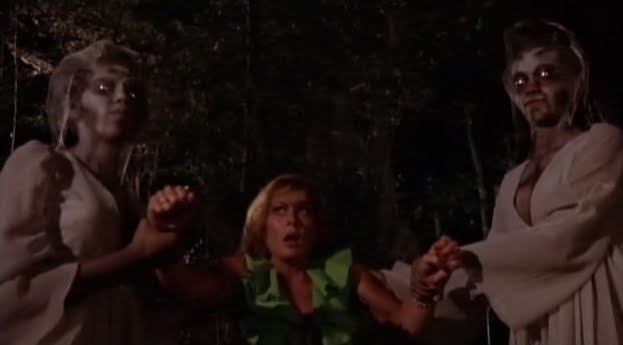 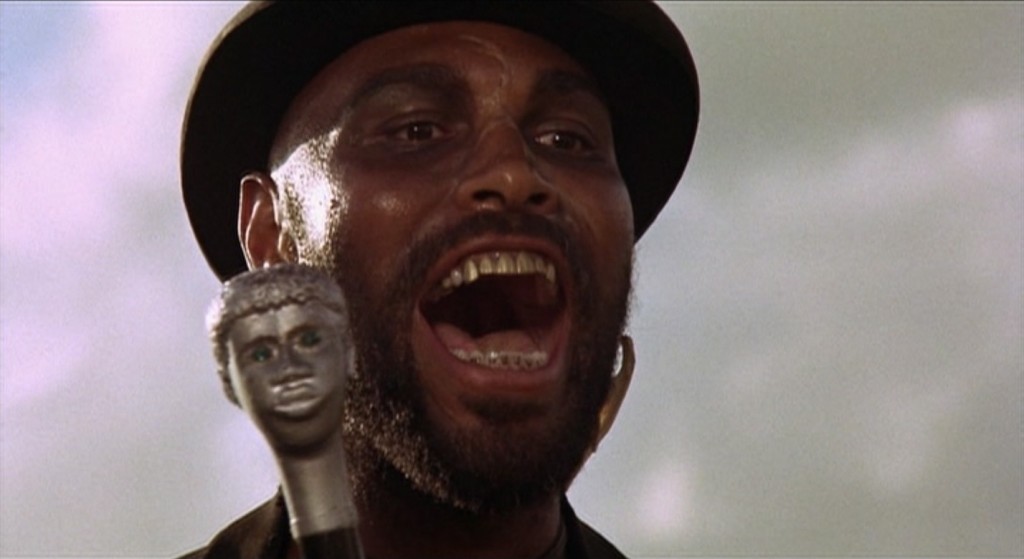 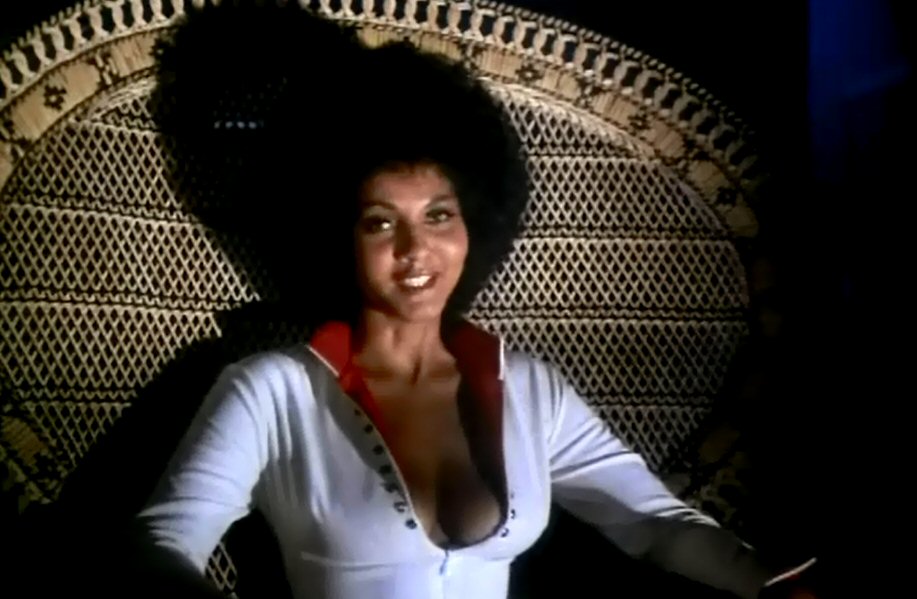 If I didn’t find Marki Bey quite so attractive and appealing as an actor, and if the film had been directed by a madder filmmaker — Wes Craven or Tobe Hooper, maybe — instead of Paul Maslansky (who does a fine job in his one feature credit as director, but as the eventual producer of the POLICE ACADEMY movies, certainly isn’t a horror auteur), then SUGAR HILL could have been a movie that makes an audience more afraid of its righteously fearsome protagonist than even the monsters who lurk around the edges of the frame. As it is, SUGAR HILL is far more a terrific cult item more than any kind of legendary horror film, but it has faint traces of something epic. In another universe, this is a quintessential horror text concerning the loaded subjects of race, rancor, and gender. In ours, it’s at least snappy and fun. I’ll take it. 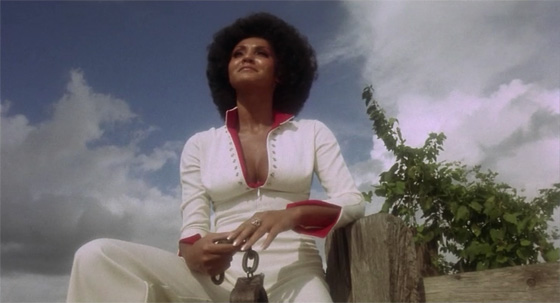 SUGAR HILL is screening in Los Angeles this Saturday at midnight — with Paul Maslansky there in the flesh!