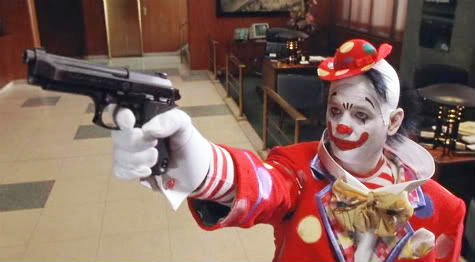 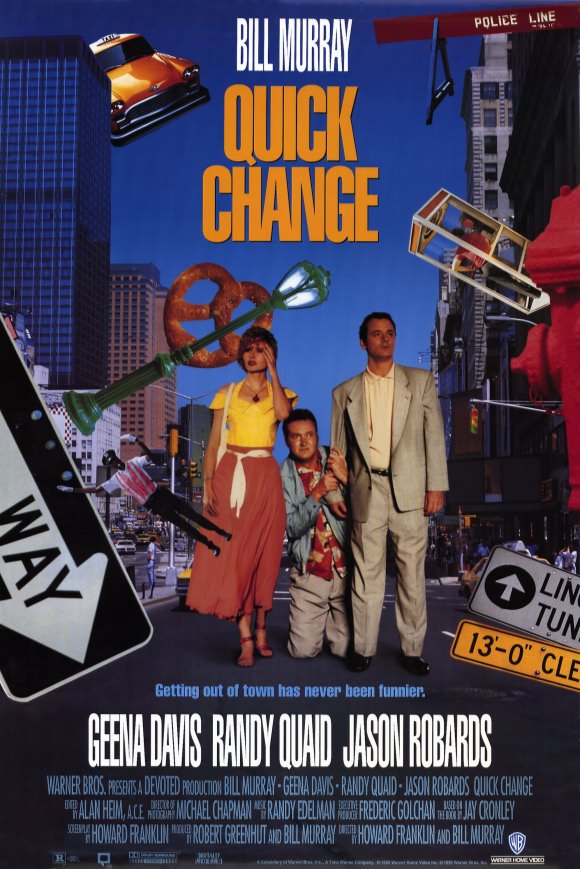 Bill Murray is a national treasure. That’s become a given now, as it should be. But still there are plenty of people who haven’t seen QUICK CHANGE. How does that happen? Don’t you love Bill Murray? Aren’t you interested in what kind of movie he might direct? This is that very thing. 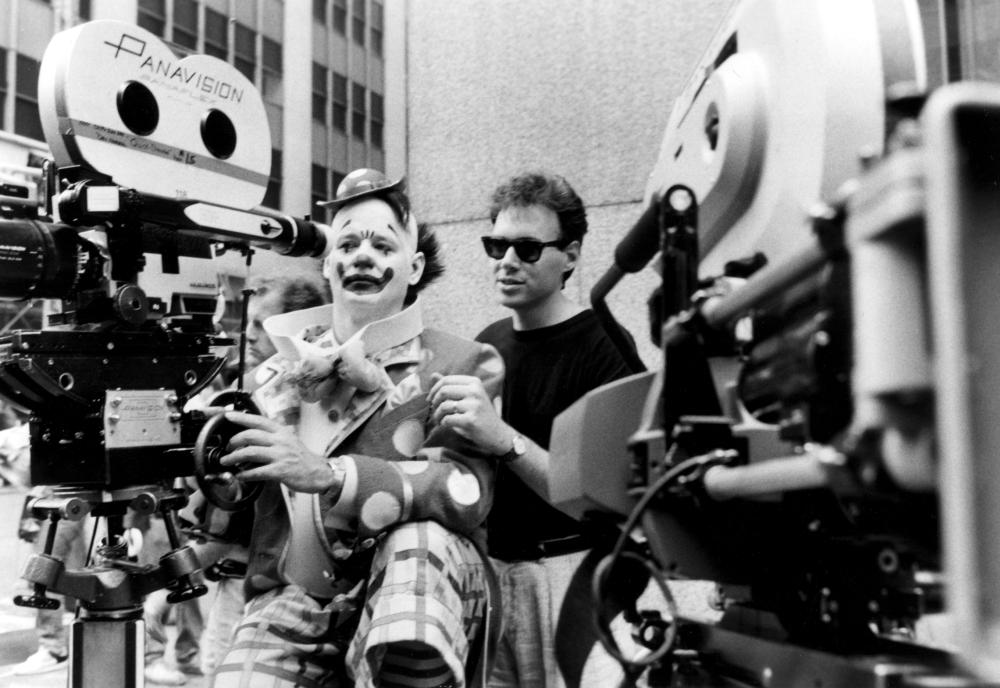 Co-directed by Howard Franklin, who later directed Murray in the elephant caper LARGER THAN LIFE, QUICK CHANGE started out as a crime novel by sportswriter Jay Cronley. It’s the story of three bank robbers who just want to get out of New York City. It’s why they robbed the bank in the first place, but it becomes even more difficult afterwards. Their escape plan is hopelessly roadblocked at every turn, in a near-existentialist nightmare of gridlock and happenstance. 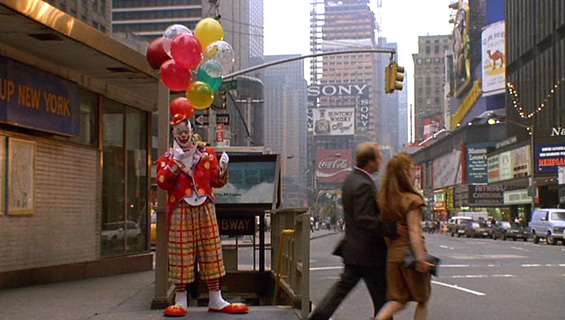 Bill Murray plays Grimm, the would-be mastermind. The opening sequence of the film shows him robbing a bank while dressed as a clown. It is perhaps the ultimate Bill Murray scene, the distilled essence of everything he has given movies over the years. It could be argued that the rest of the movie doesn’t quite live up to the perfection of those first ten minutes, but that would be churlish. How much perfection can one movie bear? Besides, the rest of the movie is pretty wonderful even if. 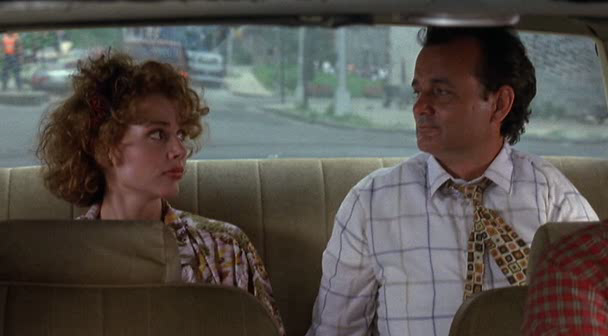 The supporting cast includes Geena Davis as Grimm’s supportive girlfriend and Randy Quaid as his child-like childhood friend – these are his accomplices. In pursuit is the venerable Jason Robards, one of the great screen actors of all time. There are memorable comic turns from Bob Elliott, Stanley Tucci, Tony Shalhoub, stage actor Phillip Bosco, ROBOCOP’s Kurtwood Smith, Scorsese regular Victor Argo, and the legendary Phil Hartman. 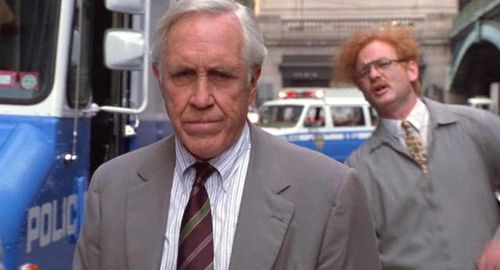 QUICK CHANGE is subtly film-literate: There’s a mock-horror scene referencing Kazan’s A STREETCAR NAMED DESIRE (much as Murray and Franklin spoofed FORT APACHE in LARGER THAN LIFE.) The cinematography is by Michael Chapman, who knows how to shoot New York, having previously shot TAXI DRIVER, THE WANDERERS, RAGING BULL, and with Murray, SCROOGED and GHOSTBUSTERS 2. 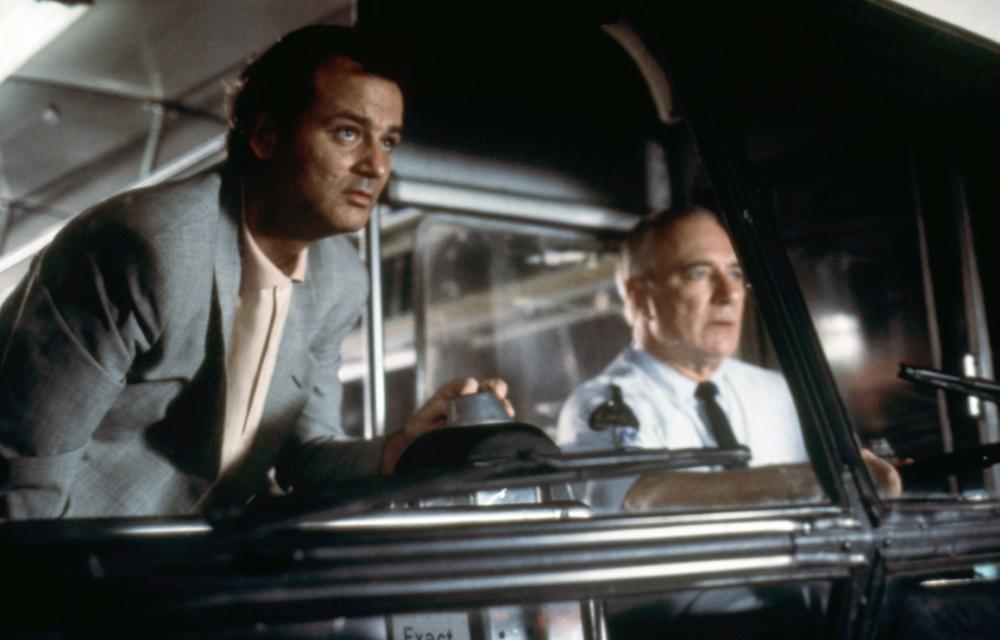 As a New Yorker, I’m willing to call QUICK CHANGE one of the best New York movies ever made. Bill Murray is Chicago born and bred but he’s a hero to New Yorkers too, and this movie shows that he gets New York in all its existentialist glory. It’s the single greatest city in the world, a sparkling jewel of civilization and a pan-cultural orchestra of human personality, yet also a goddamn fucking headache to get around in and occasionally a relief to leave. 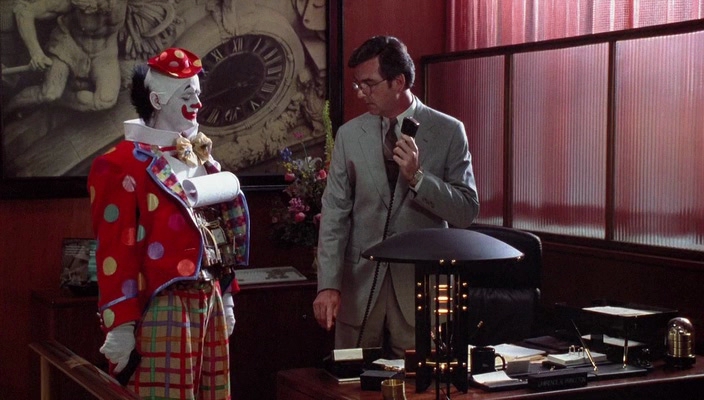 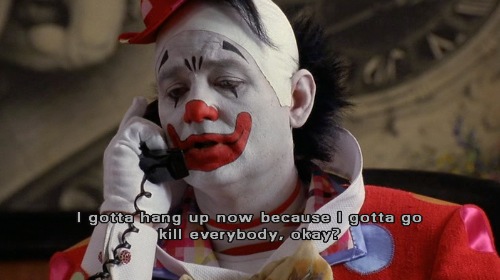