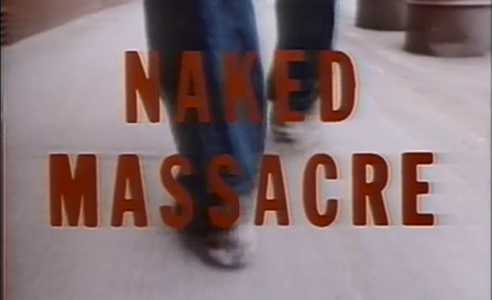 I love genre cinema. I will always have a soft spot for horror, action, sci-fi, and all the subgenres that exist inside those larger categories. What I have never felt any real connection to are those films that exist in the realm of pure sleaze. You know the ones: the films from the ’70s and ’80s, filled with ugly violence and sex that is the opposite of titillating, usually shot on cheap film stock with semi-amateur casts. But knowing these films have a large following and several companies devoted to restoring them makes me wonder what I am missing. With that in mind, I am going to do a deep dive into the world of sleazy exploitation. This is My Exploitation Education. This week’s entry is NAKED MASSACRE.

What to make of a film like NAKED MASSACRE (a.k.a. BORN FOR HELL)? The title is just about as titillating as most 42nd street grindhouse fare can get. It is ugly, bleak, and unrelenting in its adherence to a nihilistic tone. While it is unquestionably an exploitation film (even loosely based upon the notorious murders committed by Richard Speck in Chicago in 1966), it initially seems to have more on its mind than recreating the horrifying murders of eight young nurses. Co-writer/director Denis Héroix tries to craft the film as less of a bloody slasher flick and more of a character study of a damaged young man whose story requires some scenes of disturbing violence. But trying to take such sensationalistic, ugly subject matter so deadly seriously does not automatically make it a good movie.

Cain Adamson (Mathieu Carrière) is an American Veteran of the Vietnam War who is traveling home. He winds up in Belfast, Northern Ireland where he is told that he will have to wait a week for a ship that will take him to America. Broke, with nowhere to go, he wanders the streets and plays pinball in pubs. He sleeps nights in a homeless shelter where the closest thing he has to a friend is a Vietnamese refugee who tells him with his looks and accent he could get him employment as a sex worker in London. He goes to church, but the service is quickly interrupted by a bombing (this is Belfast in the mid-’70s, after all). But what he increasingly spends more and more of his time doing is observing the nurses who live in a dormitory-style house. A creepy loner with possible mental issues who is fond of showing off his switchblade to people becomes fixated on a group of young women? Do I need to spell out what happens next? 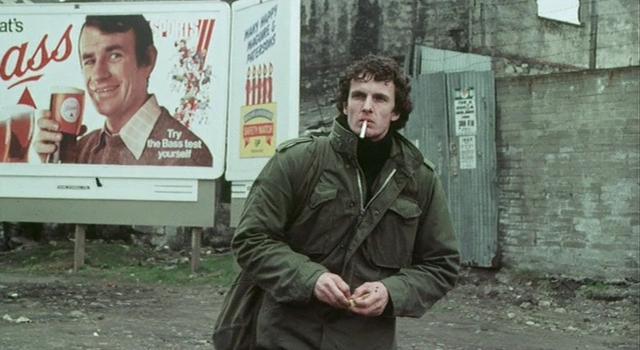 I honestly am not sure exactly what Héroix was trying to accomplish with NAKED MASSACRE. He clearly is trying to make a point about the uselessness of violence in any way; whether to solve a political situation such as the civil war in Vietnam that the United States became embroiled in and the longtime, bloody, brutal street battles in Belfast or to salve the wounds of a damaged psyche. But that point gets lost very quickly in the film’s strange mash-up of bleak character study, docudrama, and home invasion suspense.

Héroix makes a bit of a mistake by front-loading the film with long scenes that were actually shot on the streets of Belfast. These sequences are fascinating as Cain and the various nurses he will later terrorize interact with actual British soldiers, walk by tanks and military transport trucks, and duck into alleyways and stores as firefights break out in the streets. If nothing else, the film is an impressive time capsule of Belfast in the mid-’70s. But when the film leaves reality behind and becomes just another lurid flick about a psycho torturing and murdering young women in the final forty minutes, it crashes and burns because it pales in comparison to the very good, bleak slice-of-life feel of the first half. 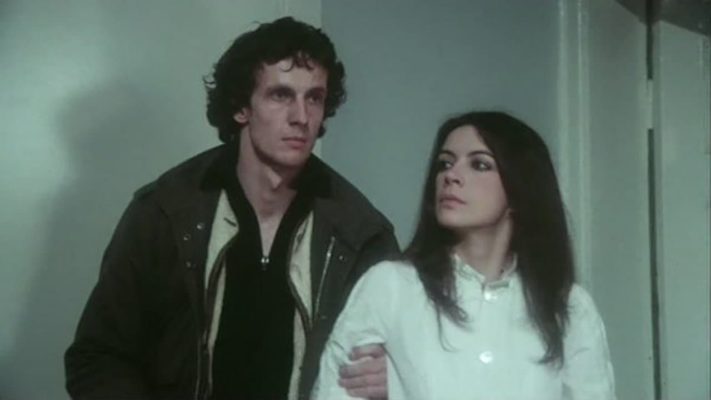 In some ways, NAKED MASSACRE is a little too well made. The subject matter is ugly and depressing and Héroix embraces that as an aesthetic. But unlike other cheap cash-ins on actual tragedies, there is too much care put into the film from the very good performances to the sharp editing and the very real sense of a specific place and time. The film never lets you off the hook by featuring laughable effects or bad acting. It is mostly a well-crafted march to a grim outcome, meaning the entertainment value is zero.

I wish that Héroix had provided a clearer sense of purpose for the film. It certainly has many elements of the type of exploitation horror that plays mean and nasty that had been ushered into something resembling the mainstream by THE LAST HOUSE ON THE LEFT, but to what point is its nihilism intended to speak? NAKED MASSACRE never answers that question and just winds up a feel-bad flick with pretensions toward art, but nothing to actually say.

For a more positive take on the film, check out Ryan Carey’s look at it. 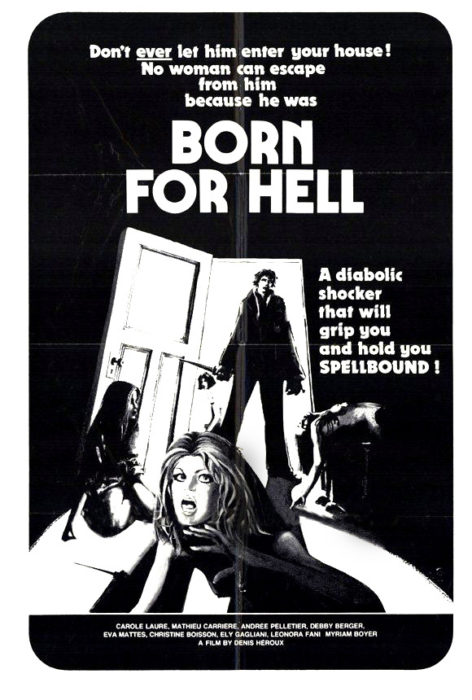