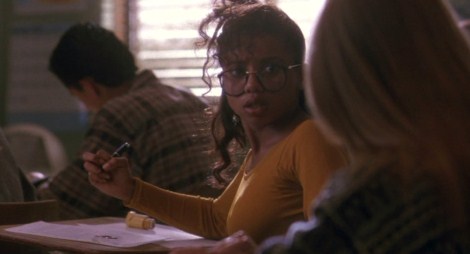 Played by: Toy Newkirk
Appears in: A NIGHTMARE ON ELM STREET 4: THE DREAM MASTER
Distinguishing Characteristics: Asthmatic and technologically-inclined

Sheila’s an unfortunate character — she’s really the only character in Part 4 that’s completely unaware of Freddy, so it seems unfair for Alice to drag her into her dreams and cause her death by smoochy. She actually seems spunky, smart and charismatic, like the brainy older sister in a mediocre ’80s sitcom, even if the glasses she wears are so big and so constantly being pushed up her nose that they may have been designed to read “nerd” from space. In another movie, she might have been at least the best friend who dies last, but in Part 4, she’s given only enough screen time to pass off her bug-scaring character marker to Alice before her asthma-based demise. 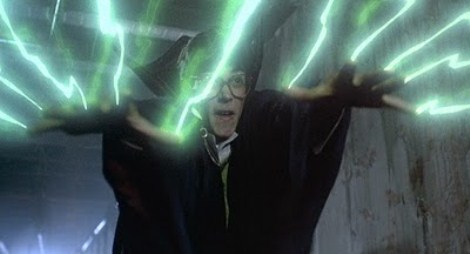 Played by: Ira Heiden
Appears in: A NIGHTMARE ON ELM STREET 3: DREAM WARRIORS
Distinguishing Characteristics: Dorky and in a wheelchair.

It’s not Ira Heiden’s fault. Will is an interesting guy — while confined to a wheelchair due to a suicide incident before the movie takes place, he’s got a fair fantasy life due to his interest in role playing games, in which he involves at least Joey and a reluctant Taryn. He seems helpful and likeable, and tries to be open to Nancy’s ideas. You genuinely like him and want him to live. Then the wizardmaster crap starts and the idea of Freddy killing him seems infinitely less cringeworthy than watching the saddest version of LARP solitaire ever recorded. 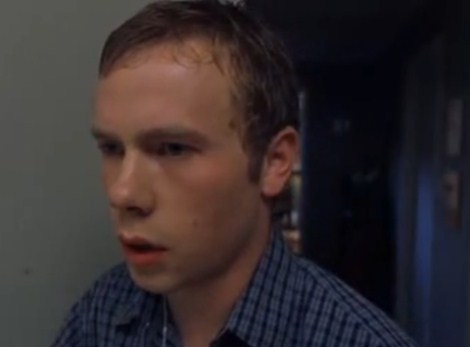 Mark is, believe it or not, the only character killed by Freddy in the feature-length, big-budget fan fiction adaption FREDDY VS. JASON. He’s the most interesting non-lead character in the film almost by default, which is kind of like being the “Best Episode of ‘8 Simple Rules’ Outside of the Ones With John Ritter.” Mark’s an odd one, another situation where the actor involved is clearly better than the role given. The character isn’t much to speak of — the best friend of the male lead, he’s been locked up in an institution ever since his brother committed suicide — but Fletcher gives it a pathos that comes off as more compelling than it should be. That he’s Freddy’s only actual victim in the film helps, and makes sense, as Mark seems to be making mild headway into figuring out what’s going on and he’s already proven himself as effective at breaking out of the center. That said, his death scene just seems like an afterthought, which is a shame. 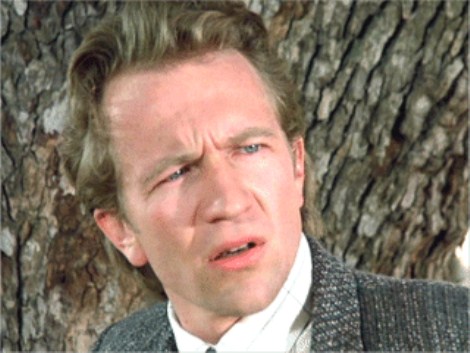 Played by: Craig Wasson
Appears in: A NIGHTMARE ON ELM STREET 3: DREAM WARRIORS
Distinguishing Characteristics: A middle-aged doctor with a permanent concerned face. 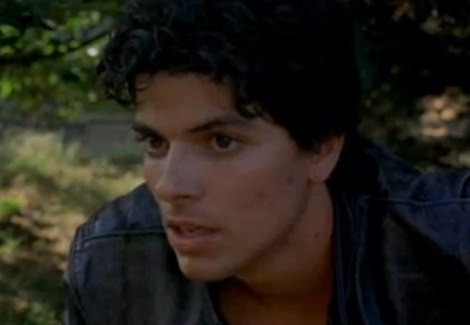 We don’t really learn much about Rod, other than the fact that he’s a horn dog who can entice Tina into sex easily. Once arrested and put into jail, he’s not really involved with trying to figure out what’s going on, other than waiting anxiously to be the next victim. We don’t even see the dream he’s having as he dies. But he seems more distraught about Tina’s death and the situation rather than being accused of her murder, and he’s a charismatic dumbass beforehand, so he doesn’t come off as a bad guy, just not one that gets much in the way of exploration. 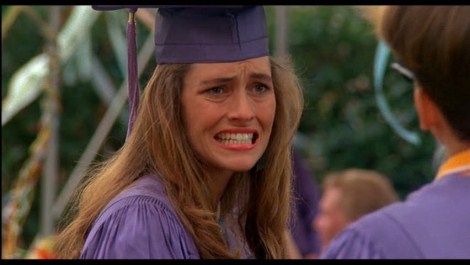 Played by: Erika Anderson
Appears in: A NIGHTMARE ON ELM STREET 5: THE DREAM CHILD
Distinguishing Characteristics: Gritting her teeth for the paparazzi, at least before they’re broken during her feeding

One of the things Part 5 doesn’t get enough credit for is its’ treatment of the lead character’s parents. They may not be front and center in terms of defining them as people (see Part 6 for an example of how this takes over everything) but from the opening graduation scene, it’s obvious each character comes from somewhere. Greta could have been portrayed as a rebelling spoiled brat, but instead, she comes off as a genuinely nice person whose eyes just roll at the thought of dealing with her appearance-focused mother. Granted, her mom’s a caricature that looks like she’s just waiting for a call from someone offering her a place on a new wave album cover, but Greta isn’t — she’s concerned about her friends, and her friends are concerned about her. This enables her death to have impact, on top of being impressively grotesque, and a high point of the series. 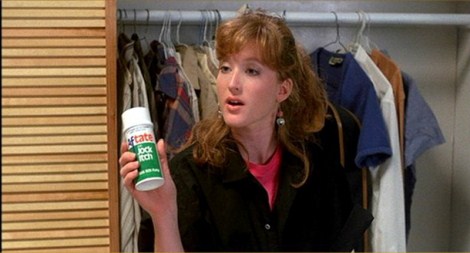 Lisa is the love interest of closet case Jesse, which shows just how important she is. Granted, she’s just trying to help Jesse out and Myers does fine in the role, but she’s really not given any traits beyond “nice.” Oh, and her parents are fairly wealthy and have a healthy sex life, and her dad is really into Benny Goodman. Sadly, her parents never get into direct contact with Freddy, so they’re not on this list. It’s a shame, as we know a lot more about them than we do about their daughter. 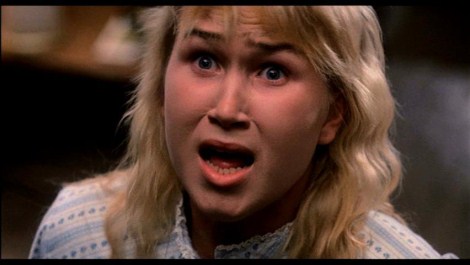 Good lord, Jennifer is a depressing character. Sure, she’s known as being the “welcome to Prime Time” bitch, but more than any other character in the series, Jennifer just seems beaten down just by being there. She sits in group, idly wrapped up in herself in an attempt to gain some sort of protection from the horrors of the rest of the world. She clings to a dream of becoming an actress so desperately that she looks to Zsa Zsa Gabor for advice. All of her friends and family just quietly reassure her that, sure, she can become an actress if she wants, but they know she’ll never make it. Deep down, she even knows that if she gets to Hollywood, she’ll wind up giving handjobs to gaffers for ten bucks a pop by the end of the second week. She’d be dead in a ditch by the third. She puts out a cigarette on her arm just to have a moment of relief from the horrors of her own existence. Freddy emerges from the television, a beacon of hope. He embraces her, cradling her into his electronic body and finally allowing her the peace she’s always wanted. At least she doesn’t have to hang out with Joey. 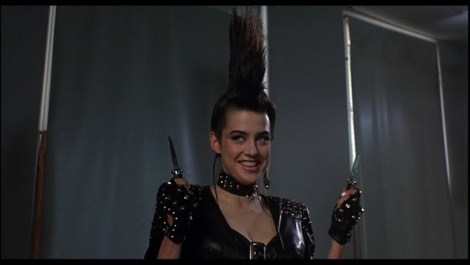 While Jennifer is easily the most depressing character in Part 3, that honor should go to Taryn, an ex-heroin user trying to clean up her life, but strangely, Jennifer Rubin gives her a little glimmer of hope. The script helps too, painting her as, while not a social butterfly, not isolated, even joining Will’s sad little game of D&D. She’s obviously doomed, of course, but at least she goes out with the hairstyle and outfit she’s always wanted. Not like Jennifer, who dies in a nappy bed dress and dull, lifeless hair. Poor Jennifer. 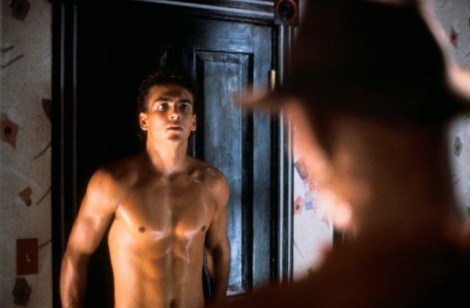 Played by: Robert Rusler
Appears in: A NIGHTMARE ON ELM STREET 2: FREDDY’S REVENGE
Distinguishing Characteristics: A tanned, stereotypical “cool guy” who talks with his mouth full.

On the surface, Grady fulfills the “best friend who dies” role in Part 2, but with all of the subtext flying about, he comes off more as the object of his affections. As a character, he comes off as kind of dumb, and he doesn’t seem to have any interests other than sports, but he’s still interesting to watch, even if it’s just because he’s at the center of the relationship with the guy who’s slowly becoming Freddy Krueger. It’s odd that, unlike most films, he doesn’t make a play for Kari so the four of them would work into a standard “two couples” quadrad, but it’s also possible that he, like the viewer, never noticed her in the first place.