As a fan of the big G it has been hard having to hear all the positive press on the king of the monster’s newest Toho produced release since 2004’s big send off GODZILLA: FINAL WARS, which had the heroic monster riding off into the sunset to enjoy a well deserved rest. While Americans were lucky to get the 2014 GODZILLA which served as redemption for the rightfully maligned Roland Emmerich directed 1999 version it was hard not to get excited about SHIN GODZILLA when it was announced and the images and crew was released. Having one of the directors for the movie be Hideaki Anno, the creator of the iconic NEON GENESIS EVANGELION which featured unstable teens in giant robots fighting equal sized giant monstrosities, was enough to get any American Godzilla fan foaming at the mouth and hoping for a U.S release. Thankfully the fine people at Funimation, who if you were a kid who grew on watching Cartoon Network’s Toonami programming block growing up you know well, are answering our pleas thanks to the success of their other film releases over here DRAGON BALL Z: BATTLE OF THE GODS and DRAGON BALL Z: RESURRECTION F. 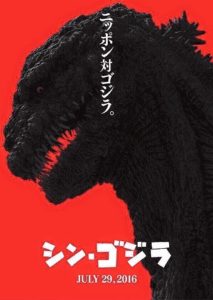 This October, SHIN GODZILLA will be getting a limited release in theaters across the U.S in Japanese with English subtitles, which given how this film seems to be going back to the original style of GOJIRA where Godzilla was more of a destructive monster punishing humanity as opposed to saving it is the way this film should be experienced. The movie is already being hailed as an amazing return for film icon and is known as Japan’s highest grossing live-action film in 2016, even surpassing previous films in the franchise like FINAL WARS and the 2014 Legendary production. It’s been a great time to be a fan of giant monsters as of late, movies like PACIFIC RIM and GODZILLA with KONG: SKULL ISLAND and the long rumored sequel to PACIFIC RIM on their way makes it seem like our love of giant beings destroying cities or each other is being taken seriously. 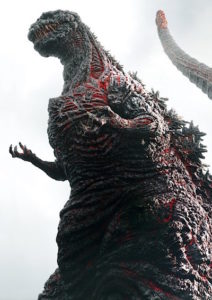 SHIN GODZILLA will be hitting theaters for a limited time October 11th to the 18th. Tickets will be up for pre-order on September 9th.