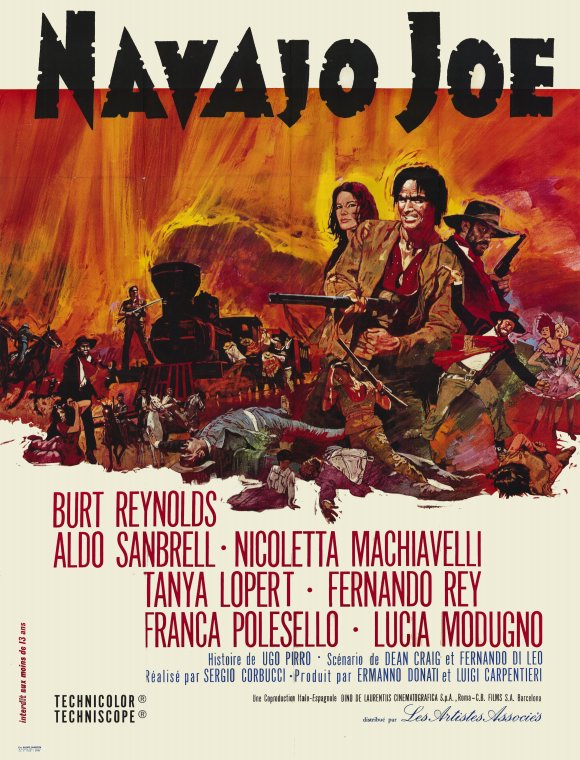 “Some jobs a man can’t do. But the big blonde can do it… maybe.”

1966’s NAVAJO JOE, also known as A DOLLAR A HEAD or SAVAGE RUN, is bizarre, bruising, and fun, a thoroughly under-discussed Italian Western, even among those sorts of cinephiliacs who most often discuss ‘em.  The film begins with a legitimately brutal opening scene, and continues that way throughout, albeit at a slightly less violent pace, with some memorably cool cinematography by Silvano Ippoliti all the way. The pretty pictures are key because they help to spotlight one of the most incredible female faces ever seen in a “Spaghetti” Western that doesn’t belong to Claudia Cardinale or Vonetta McGee – her name is Nicoletta Machiavelli. Really! See…?

Other things to keep eyes and ears out for in NAVAJO JOE: A very recognizable score by Ennio Morricone (going under the name Leo Nichols for some reason) if you’ve seen KILL BILL or ELECTION — Quentin Tarantino and Alexander Payne are very different filmmakers but both are men of fine taste who know their international film history well. The big villain of NAVAJO JOE is played by Aldo Sambrell, whose name you may not know off-hand but whose face you will recognize from Sergio Leone’s “Dollars” Westerns. Oh, and also there’s some guy in the mix called BURT REYNOLDS.

By 1966, Clint Eastwood had only recently broken through as an international star via shooting Italian Westerns overseas, and now with NAVAJO JOE it was time for another star’s shot. Yes, this is an early starring role for Clint’s old buddy Burt Reynolds, and one of Burt’s few straight-up Westerns. One of the great comedy stars, Burt’s pretty serious here, which isn’t what he’s best known to be, but as an action lead, he’s pretty good.  As a Navajo Indian, no less!  (Burt has Native American heritage so it’s not at all as absurd as you may be thinking.) 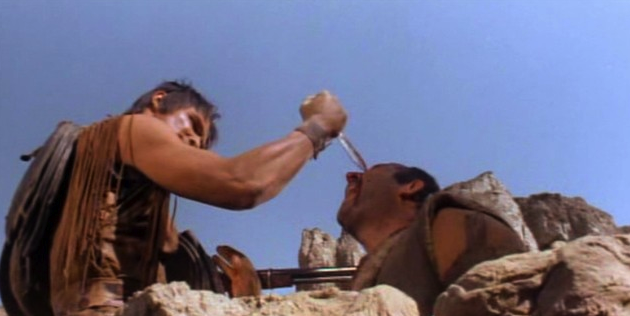 Kino Lorber, God bless them, has made NAVAJO JOE available on a new Blu-Ray. Toss a couple Franklins their way — it’d be money very well spent. 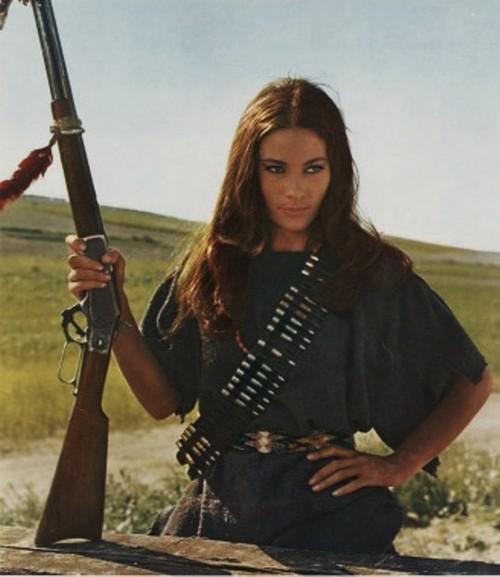