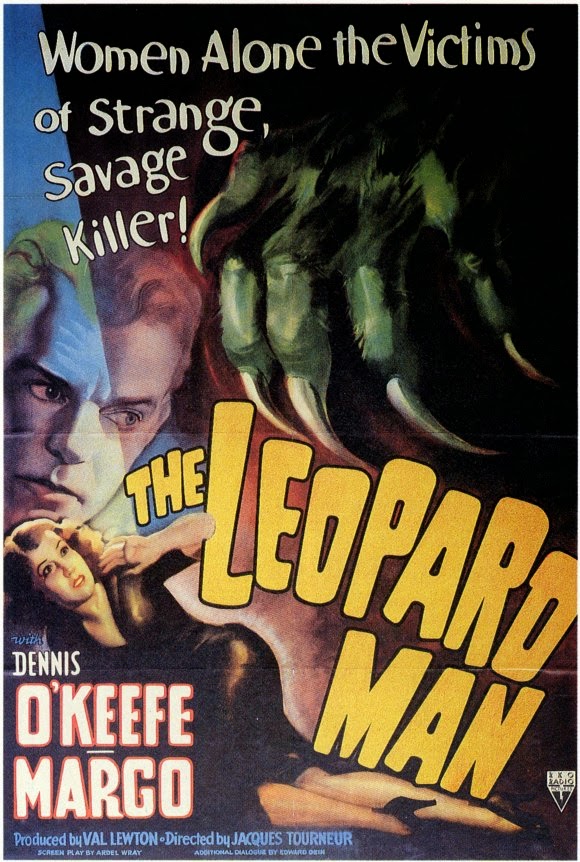 “The Leopard Man?” Sounds like a C-list DC Comics superhero. Or maybe a huge fan of the films of Luchino Visconti. Either way, the reality is even better. 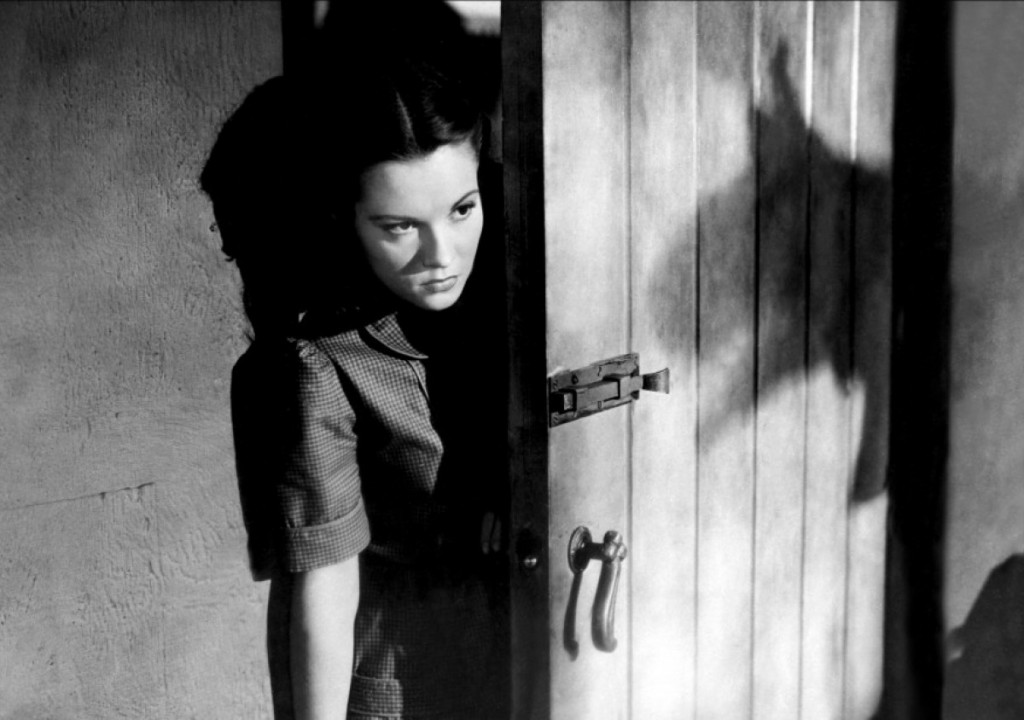 This Val Lewton production was based on a Cornell Woolrich story and was directed by Jacques Tourneur, the great director of OUT OF THE PAST who also made CAT PEOPLE and I WALKED WITH A ZOMBIE* for Lewton. 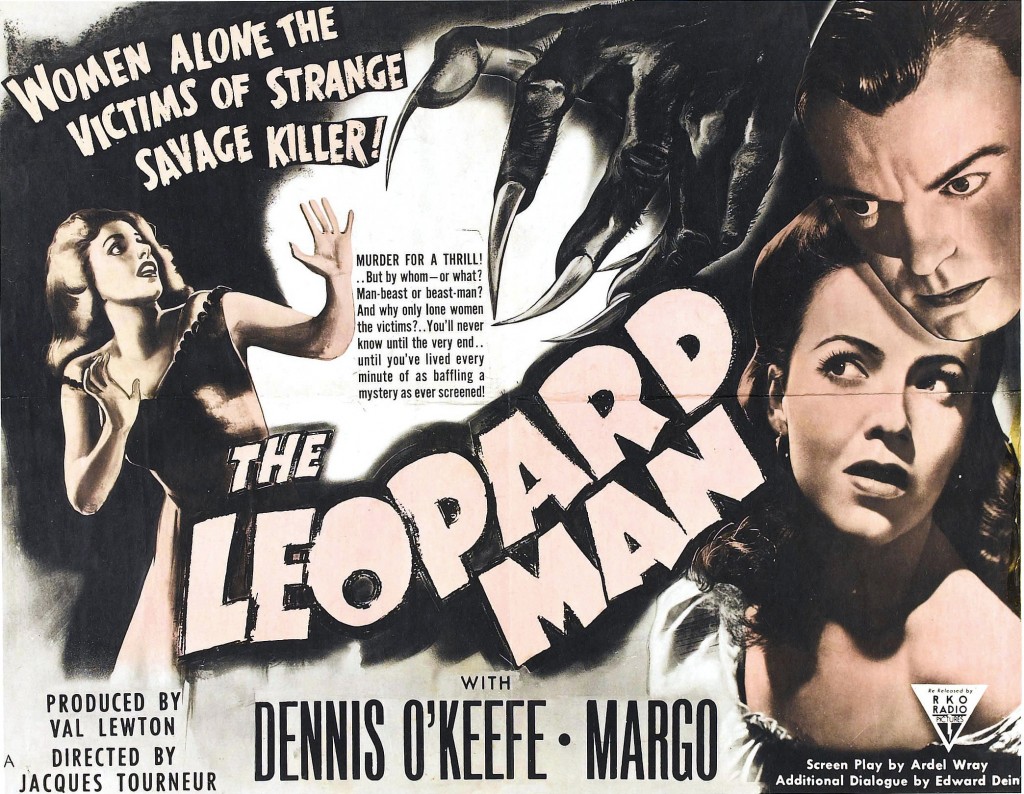 THE LEOPARD MAN concerns a leopard that has been purchased for a nightclub act, but which escapes, and is soon suspected of a string of maulings that ensue in the area.  Not to spoil the movie, which is stylish and atmospheric and worth watching regardless, but the leopard is not guilty of the murders. 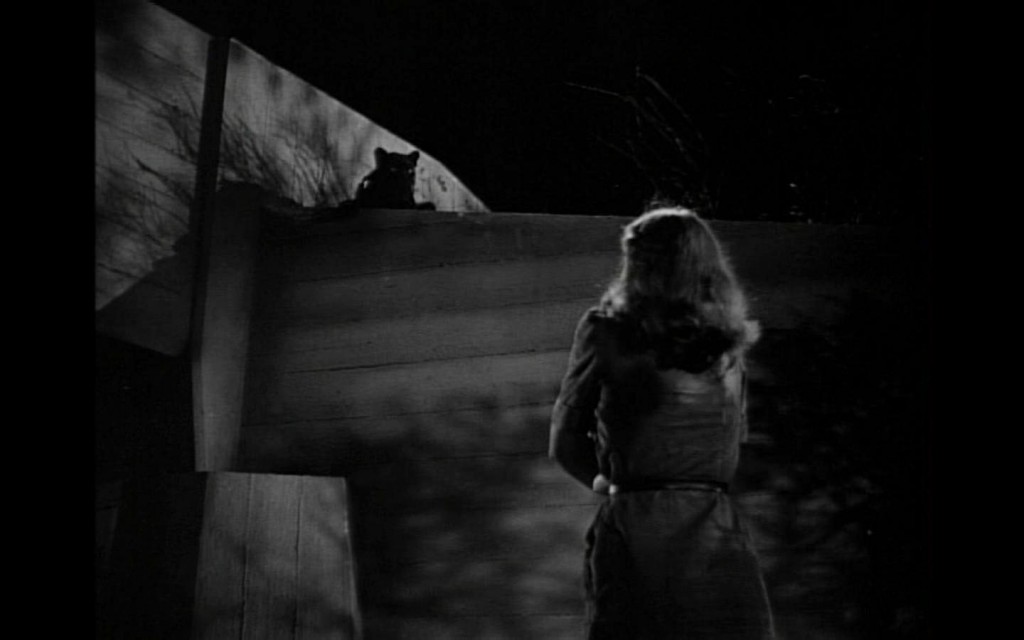 Now, granted, I’m describing a highly limited subgenre, but I’m a sucker for a good Hitchcockian “wrong man” thriller where animals are suspected of crimes they didn’t commit (see also: PHENOMENA). Imagine THE FUGITIVE, but starring a giant cat instead of Harrison Ford. That’s not what this is, but imagine it anyway. 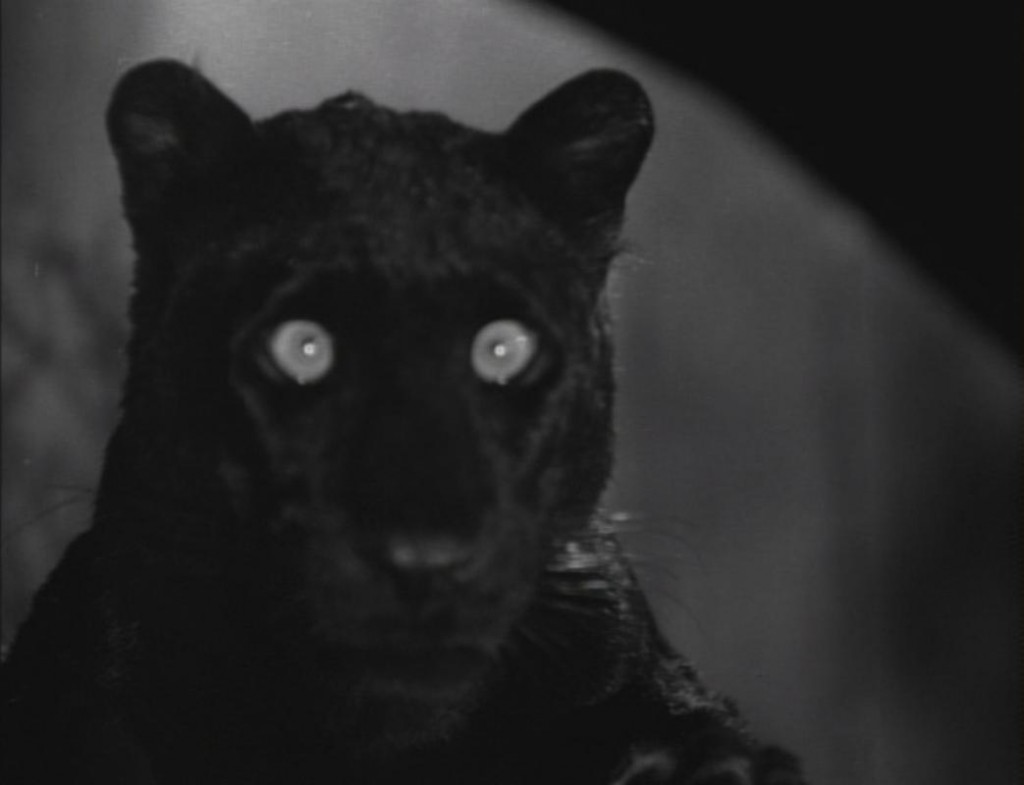 The Warner Brothers DVD edition of the film features a fun commentary by EXORCIST director and LEOPARD MAN admirer William Friedkin. It’s really worth it just to hear Friedkin say the name “CluClu.”

THE LEOPARD MAN screens tonight at MoMA as part of their “Scorsese Screens” series, curated to reflect the influences and the work of the famous director Hyacinth Mahogany Scorsese. Fucking with you. It’s about Martin, of course.
* CAT PEOPLE and I WALKED WITH A ZOMBIE are screening today too!