Home  ⁄  The Wire  ⁄  PAPERMAN (2012), DISNEY’S ANIMATED SHORT, HAS BEEN RELEASED ONLINE AND DESERVES THE ATTENTION OF YOUR EYEBALLS

Something this innocent and beautiful has no business on a dirty little secret of a site like ours, but it deserves to be seen. This incredibly touching short-film, nominated for an Academy Award, tells the story of a man who is on his way to be another cog in the corporate machine when a woman on his morning commute comes along and changes his entire day. We’ve all had those moments, some of us grabbed them and some of us didn’t, this is the story of a man who did. If you see one thing today, make sure it’s this. If you see two things today, make sure it’s this and REFORM SCHOOL GIRLS. My guess is it would make a great double feature. Disney posted the short online, take the 6.33 minutes out of your day and get your eyeballs on this. 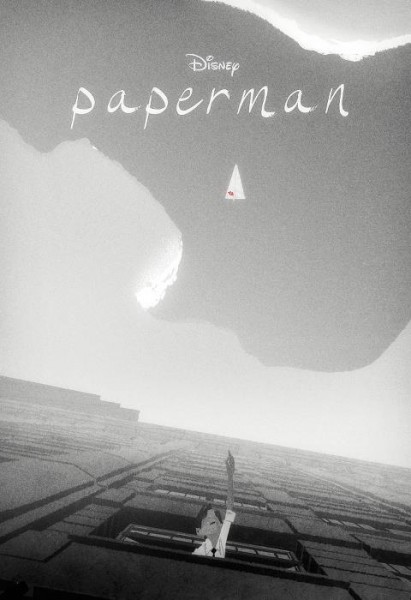 From Disney:
Introducing a groundbreaking technique that seamlessly merges computer-generated and hand-drawn animation techniques, first-time director John Kahrs takes the art of animation in a bold new direction with the Oscar®-nominated short, “Paperman.” Using a minimalist black-and-white style, the short follows the story of a lonely young man in mid-century New York City, whose destiny takes an unexpected turn after a chance meeting with a beautiful woman on his morning commute. Convinced the girl of his dreams is gone forever, he gets a second chance when he spots her in a skyscraper window across the avenue from his office. With only his heart, imagination and a stack of papers to get her attention, his efforts are no match for what the fates have in store for him. Created by a small, innovative team working at Walt Disney Animation Studios, “Paperman” pushes the animation medium in an exciting new direction.