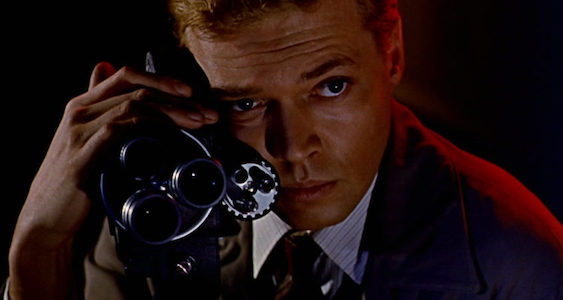 I think we all have a film, or even multiple films, that have had either an important impact, mark some sort of milestone, or are turning point in ours lives. Maybe it’s the first time you saw an R-rated movie (mine happened to be ONE FLEW OVER THE CUCKOO’S NEST at a wildly inappropriate age) or the first David Lynch picture you watched (THE ELEPHANT MAN, in case you’re interested). Honestly, I’m not always good with remembering such things unless it’s really significant, like the two above instances. I couldn’t tell you what was the first VHS tape I bought nor the first DVD. I’m continually amazed to see people are able to answer those Twitter “Questions of the Day” with the first Blu-ray they ever bought. There are those few select films, though, that made such an impact on my life, where they changed the entire way I looked at film or the world, for that matter. One of those was Michael Powell’s 1960 career-derailing but utterly amazing, PEEPING TOM. 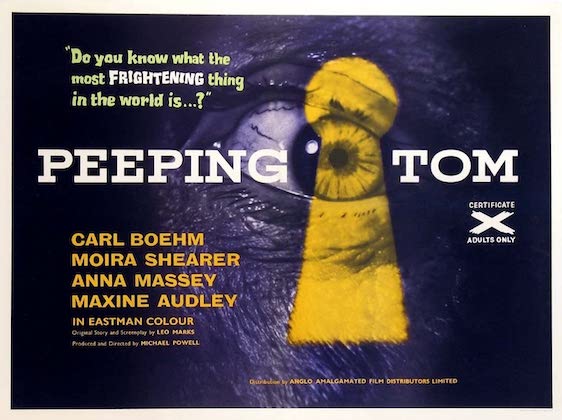 At some point in the early ’90s, I read an article about Martin Scorsese where PEEPING TOM was mentioned. At this point in my life, while I was already in love with film, I was woefully lacking in seeing many of the classics. For example, while I had seen stills from BLACK NARCISSUS in my World Film History textbook, I hadn’t actually watched any movies by the team of Michael Powell and Emeric Pressburger and, to be frank, the very young me wasn’t in any rush to watch them. I know, I know! BUT – reading about 1960’s PEEPING TOM absolutely piqued my interest in watching that film from Powell.

The irony wasn’t lost on me of me longing to watch a movie about a murdering peeping tom. The film has plenty to say on voyeuristic nature of the audience watching a young man murder women with his camera and all the lurid images this entails. Powell’s commentary on this subject isn’t all that different from Michael Haneke’s. FUNNY GAMES (either version) couldn’t be more in your face about showing the audience exactly what it thinks it wants or doesn’t want to see. While I haven’t seen many of Haneke’s films, he absolutely likes to fuck with his audience and isn’t above showing Juliette Binoche doing nothing but ironing for several minutes. 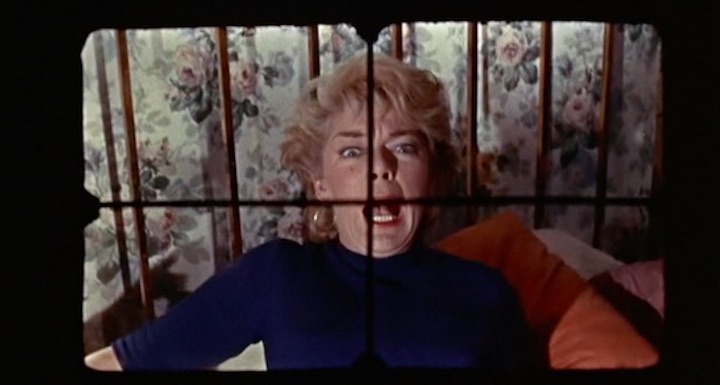 With PEEPING TOM, Powell was one of the first to turn his audience into fellow voyeurs and, boy, did audiences hate him for it. Powell doesn’t go as far as Haneke does, though. Where Powell isn’t necessarily criticizing his audience for being in on the “looking,” Haneke is absolutely haranguing his audiences. In FUNNY GAMES, he’s blaming the audience for what is on the screen, he is saying “You wanted to see this. They wouldn’t be suffering if it wasn’t for you. This is all your fault.” And, like the reaction to Powell, there are many audience members who really do not want that kind of blame shifted onto them.

I finally got to see PEEPING TOM sometime in the mid-’90s and, like Lynch’s BLUE VELVET nearly a decade earlier, the film really knocked my socks off. Both changed the way I looked at film as a whole. A very young me hadn’t experienced something like BLUE VELVET before. It showed me a totally different side to movies that I wanted to become immersed in. PEEPING TOM also showed me something I hadn’t seen up to that point: a British cinema that wasn’t repressed either in its look or its content. Of course, there were plenty of movies like that both before and after PEEPING TOM’s release, it’s just that I hadn’t seen them. 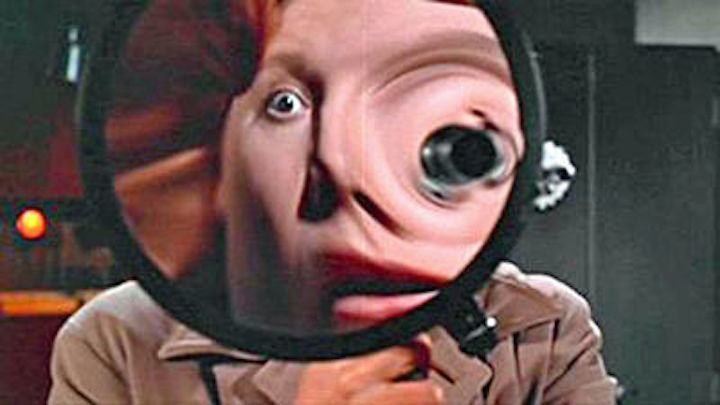 Today marks the 60th anniversary of the release of PEEPING TOM. It is certainly a film that was about 30 years ahead of its time. Written by Leo Marks and starring Karlheinz Böhm (billed as Carl Boehm), follows a young murderer who slaughters women with his movie camera tripod and films the deaths (all tied to an abusive childhood visited on the young man by his father…played by Powell). Luckily, Powell managed to live long enough to see the beginnings of a re-examination of his stunning film. Critics contemporary to the film’s release were vicious to the point of cruelty and Powell’s career was, for all intents and purposes, essentially over. 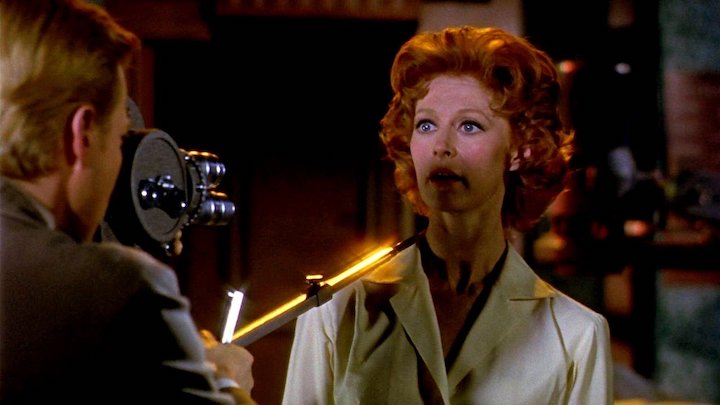 He is, of course, thought of as a masterful filmmaker both for PEEPING TOM as well as his films with Pressburger. Powell’s reputation went from dizzying heights to being flung down straight into the gutter before, eventually through the works of Scorsese and Thelma Schoonmaker amongst others, rising up again… right where it belongs. PEEPING TOM isn’t a title I revisit a lot, like some of my other favorites. It’s one I’ll thrown on to remind myself what made me fall deeper in love with film all those years ago. And if now isn’t the right time to remind myself of that, I’m not sure when would be. 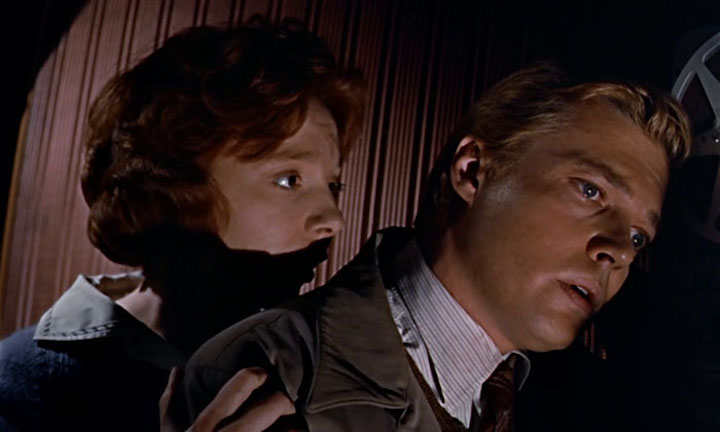