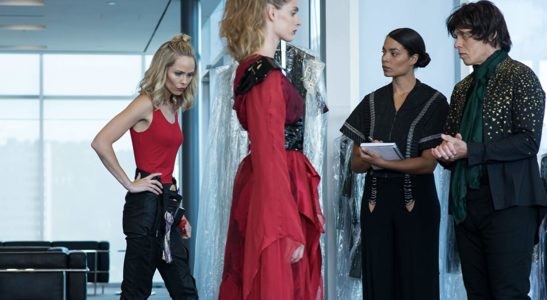 With remakes and reboots abounding in the last few years, it’s become increasingly difficult to retread old waters and breathe life into them that’s both respectful homage and new commentary or content worth spending your time on instead of simply viewing the original. The Soska Sisters’ remake of /homage to David Cronenberg’s RABID, in spite of some foibles, is fortunately one such worthy example. 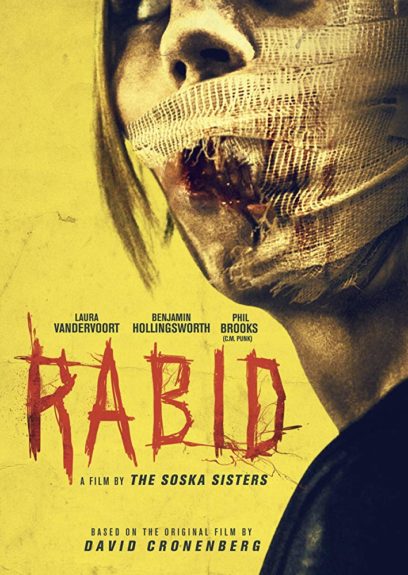 RABID follows a budding designer in high fashion and militant vegetarian, Rose (Laura Vandervoort), who is slightly facially disfigured due to a car crash that killed her parents. Mocked and belittled by her coworkers and boss and pitied by her best friend and surrogate sister Chelsea (Hanneke Talbot), she snaps at a company party and storms off on her motorcycle, only to meet with a more severe accident that destroys her face. Distraught and unable to speak or eat with her jaw wired shut and unable to afford traditional surgery, Rose takes a gamble on an experimental stem cell treatment that miraculously heals her injuries overnight. Now conventionally beautiful, her life starts looking up. Between being sexually desirable and taken seriously by her colleagues, Rose barely notices the rising epidemic of a mysterious illness descending on the city. But horrible nightmares, hallucinations, and intense cravings for meat make Rose wonder exactly what’s become of her body and her sanity. 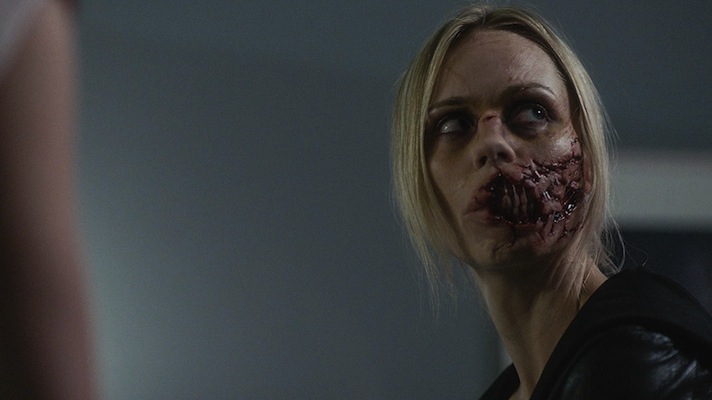 The Soska Sisters are well known for feminist overtones in their work, particularly in films like AMERICAN MARY and their ongoing Black Widow arc through Marvel Comics, this is part of what makes their work so divisive in the genre at large. RABID is no exception. A movie with a thesis on the failings of the American healthcare system combined with the toxicity of conventional beauty standards and misogyny in general will hit hard for some, be blasé and forgettable for others, and be panned as heavy-handed “SJW” nonsense by still others.

I fell into the first category. Anyone who grew up not conventionally attractive from any expression of gender knows the radical change that can occur when you “glow up” so to speak. Professional, social, romantic, and opportunistic doors opened that you never knew existed (or could exist). This, as a fact of life, is historically almost just as horrifying as hyper-strength rabies considering it leads from everything to depression, suicide, acid and disfigurement attacks on women, and swaths of eating disorders across the board. The fact that Rose was ostracized for what amounted to a papercut worth of a scar on her face is both heartbreaking and uncomfortably true. It’s one of the most realistic, logical reasons I’ve seen in horror for someone to go to desperate lengths for a treatment that guarantees results and has a reputation in the fashion community as well. 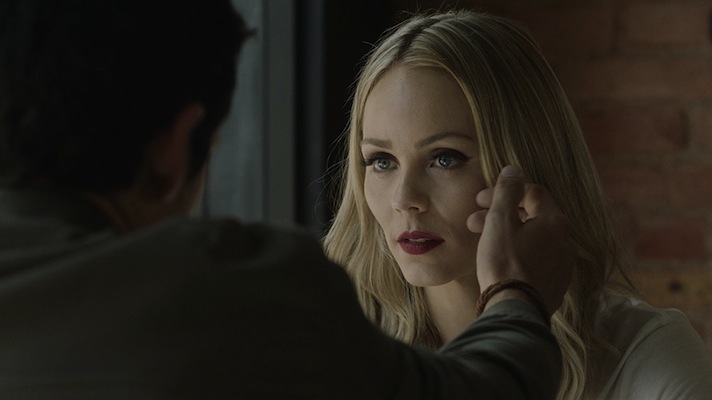 This goes doubly for the issue of American healthcare. Rose explicitly states that she wouldn’t be able to afford the intensive rounds of reconstructive surgery that would be required to fix the damage done to her mouth and face by her accident. The inability to access “normal” medical care for her injuries is what drives her to the clinic in the first place, and can be seen as the crux of her downward spiral and eventual viral outbreak even more so than conventional beauty norms. Even if she didn’t care about or conform to said norms, who wants to walk around with half their teeth and gums exposed? It’s painful, it’s unhealthy, and she wouldn’t be able to afford it anyway, so into the medical test chamber she goes.

Nonetheless, it’s equally heartbreaking on both fronts and Vandervoort’s acting really makes the audience feel for her and root for her to overcome her insecurities and find her confidence both physically and professionally. There’s a lot to be said about the lengths people will go to fit in and her compromising her beliefs in diet and behavior to not feel ugly anymore can definitely resonate with a lot of people. Even if things get a little contrived and femme fatale at times. 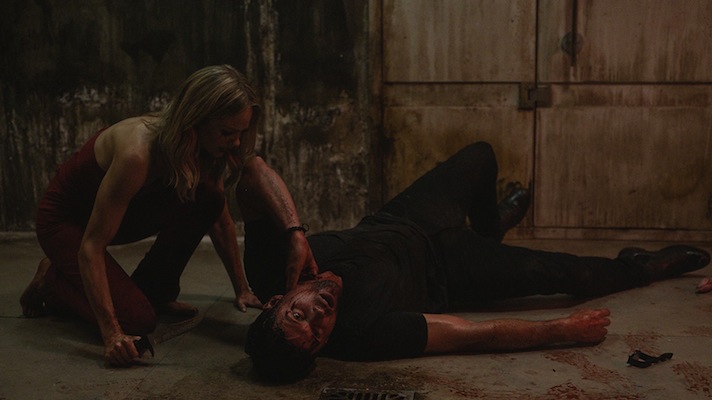 That said, the critique is very grey in shade. There isn’t really a reason for 90% of her viral transmission to be sexual in nature and it can come off as overdone and tired. But also considering her self loathing and her rejection by men throughout, it does make sense that the animalistic rage imparted through the stem cells would manifest as wanting to rip apart the people who she feels hurt her the most.

RABID has been polarizing and muddied for many critics, and it makes sense that it is. Much of the empathy and buy in to Rose and the wider plot asks for a very specific life experience at times, or at least an acceptance of that life experience over the self-conscious rejection of it. But in an age where healthcare as well as the social and aesthetic treatment/expectations of all genders are very much in flux, it does feel like one of the more timely and “on the pulse” horror films I’ve seen this year.

RABID is now available for streaming and in select theaters. 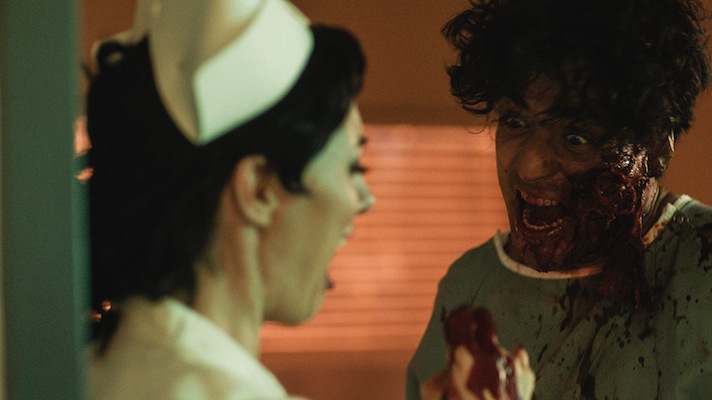