RAISING ARIZONA is playing this evening at Film Forum as part of their Coen Brothers retrospective. Here’s something I wrote about the movie five years ago. (Update: My niece is eight now.)

If you have been reading this page for a while (thank you), then you have noticed that I tend to rhapsodize over the films of the Coen brothers. Believe it or not, there are some Coen Bros. movies that I don’t care for very much. 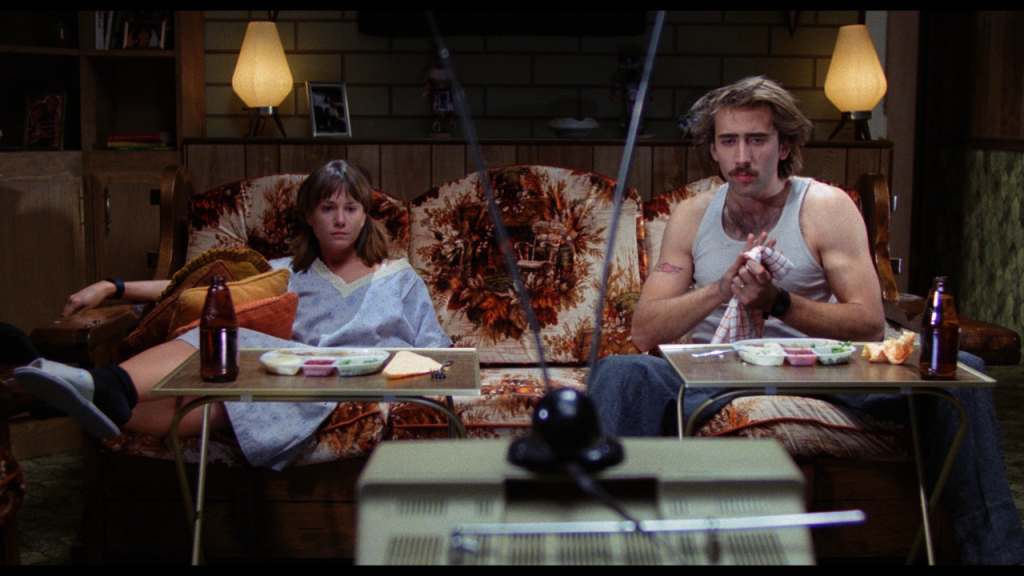 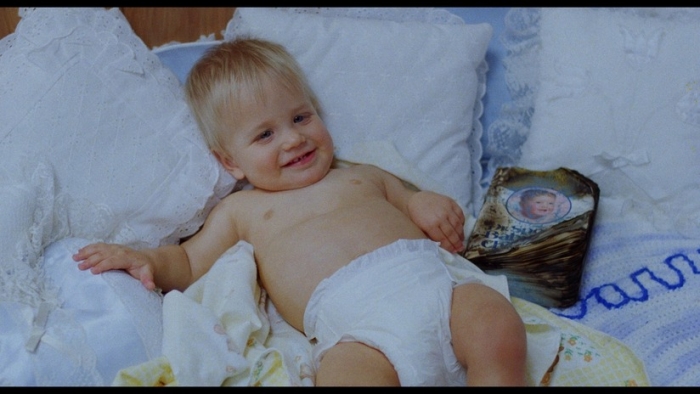 RAISING ARIZONA arrived in 1987, three years after the Coens’ debut, BLOOD SIMPLE.  That same year also saw the release of EVIL DEAD 2. That’s no coincidence. In between BLOOD SIMPLE and RAISING ARIZONA, the Coens worked on CRIMEWAVE with their buddy Sam Raimi. CRIMEWAVE is a hard movie to track down, and one of the few movies in either Coen or Raimi catalogue that I haven’t seen; by most accounts it didn’t work and none of the principles seem particularly rushed to mention it. That’s almost besides the point, though – it’s little surprise that the Coens were co-conspirators with Raimi early on, since they’re all pranksters at heart. They’re also exceedingly capable and distinctive filmmakers, but even with all of the mainstream success and accolades they all enjoy today, their best movies still have that puckish spirit to this day. 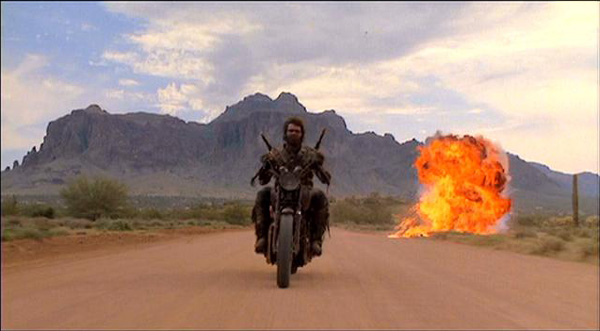 But on RAISING ARIZONA, the similarities have never been so apparent, primarily in the fluid and ingenious yet hyperactive and deranged camerawork (by eventual MEN IN BLACK director Barry Sonnenfeld, who also shot BLOOD SIMPLE and moved on from the Coens after MILLER’S CROSSING).  Look at every single scene that involves the mythic Leonard Smalls (Randall “Tex” Cobb), that whirlwind force of nature who is conjured out of a nightmare and loosed upon the world when Hi and Ed steal one of the Arizona quints – particularly the early scenes, such as the one where the camera roves off-road and into the Arizona household. It’s pure EVIL DEAD 2.  It’s the famous “Dead-cam” – that point-of-view roaming from the woods to the cabin that torments Bruce Campbell so relentlessly. Same thing here, only it’s from the point of view of a mud-crusted bounty hunter on a roaring motorcycle. 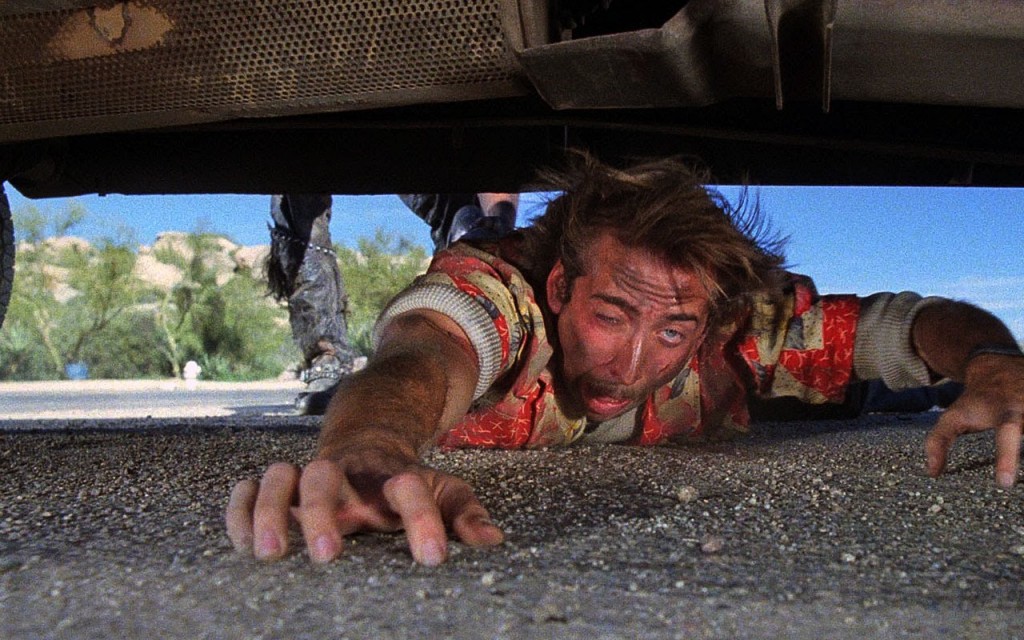 That’s the first thing I focused on during this latest viewing of RAISING ARIZONA.  Another fascinating detail is that star Nicolas Cage was just 23 when he immortalized the role of H.I. McDunnough.  23 – six or seven years younger than co-star Holly Hunter was at the time, yet never less than totally convincing as a partner to her and completely capable of delivering the tricky tragicomic tone. Whenever people crap on Nic Cage for some of his modern-day film choices, I just remember that he gave the world this, and give him a pass. (Nobody ever craps on Holly Hunter, at least – she’s just constantly terrific, and nowhere more so than in this movie.) 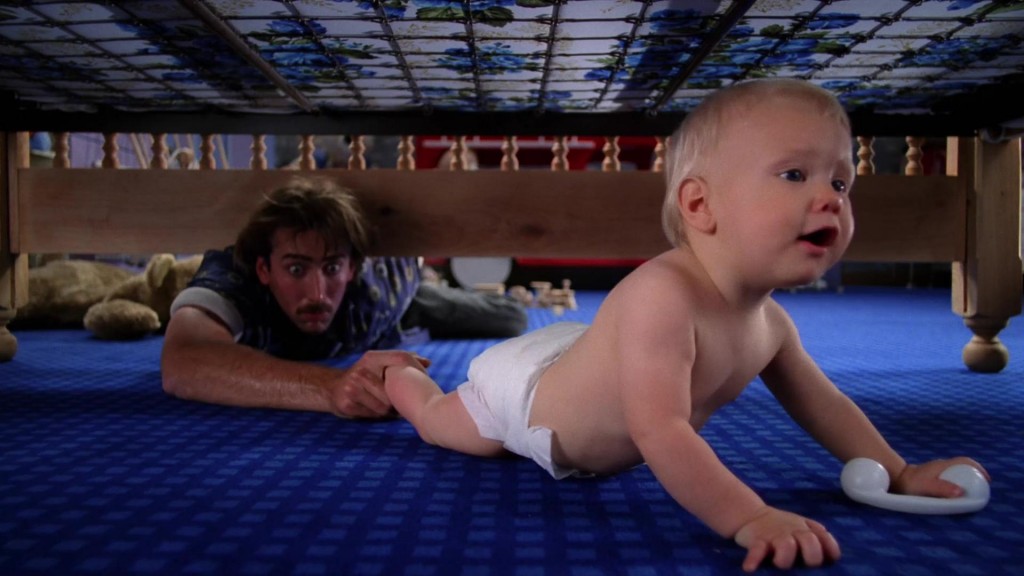 I also checked out some of the reviews of the day. Some of the most important and influential critics, such as Pauline Kael and Roger Ebert, however reliable I might normally find them, didn’t understand in this case the significance of what they were looking at, and either underrated or dismissed what time has proven to be one of the more original and dynamic American comedies to date. 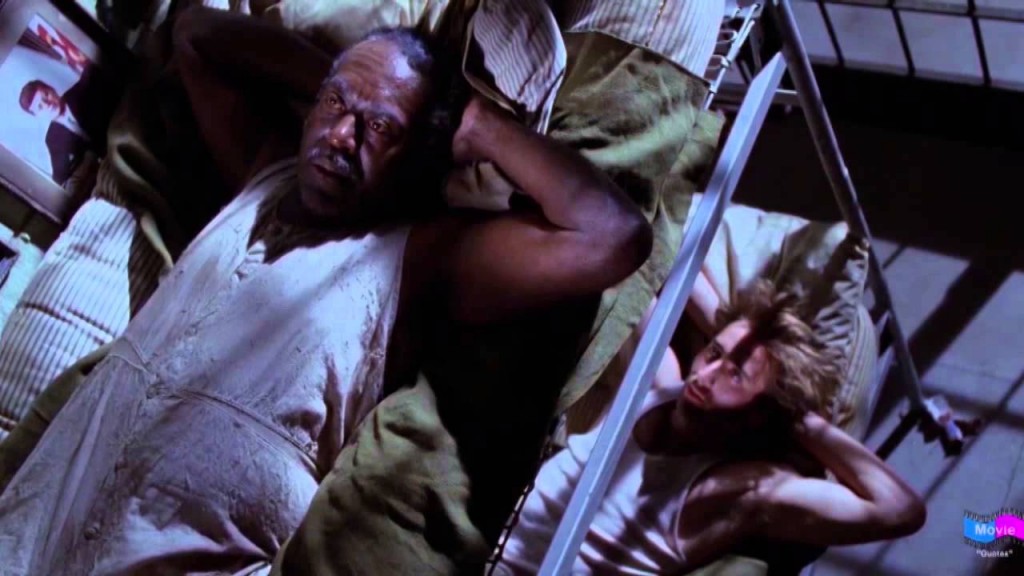 But really, the one thing that sticks with me more and more every time I watch RAISING ARIZONA (which is fairly frequently) is the performance of Trey Wilson, as furniture titan Nathan Arizona. Trey Wilson was a character actor who died at the shockingly young age of 40, two years after he totally nailed this role. What’s so great, and so underrated, about what Trey Wilson does here, is that he needs to be a standard Coen-movie blowhard, a real loud and shouty and slapsticky-character, but then he needs to surprise with his understanding and forgiveness late in the film.  There’s one line in particular, yes the one about how much he loves his wife Florence, that the rest of the movie gives us no great reason to believe, but Wilson’s delivery makes it sound like the truest oath ever uttered. And it’s clear that he’s not just saying it to Hi and Ed, but also to himself. He’s getting across an entire ethos of parenting and marriage and love in one relatively brief scene. That’s not easy business. 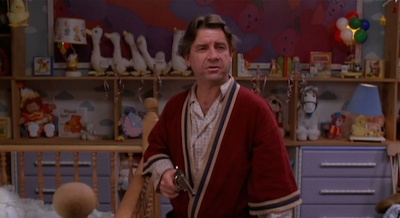 This is one reason that RAISING ARIZONA has always resonated with me. I think the craziest comedies always need that one key scene, which is almost always laugh-free and totally heartfelt. All the best comedies have that scene.  (GHOSTBUSTERS does.) 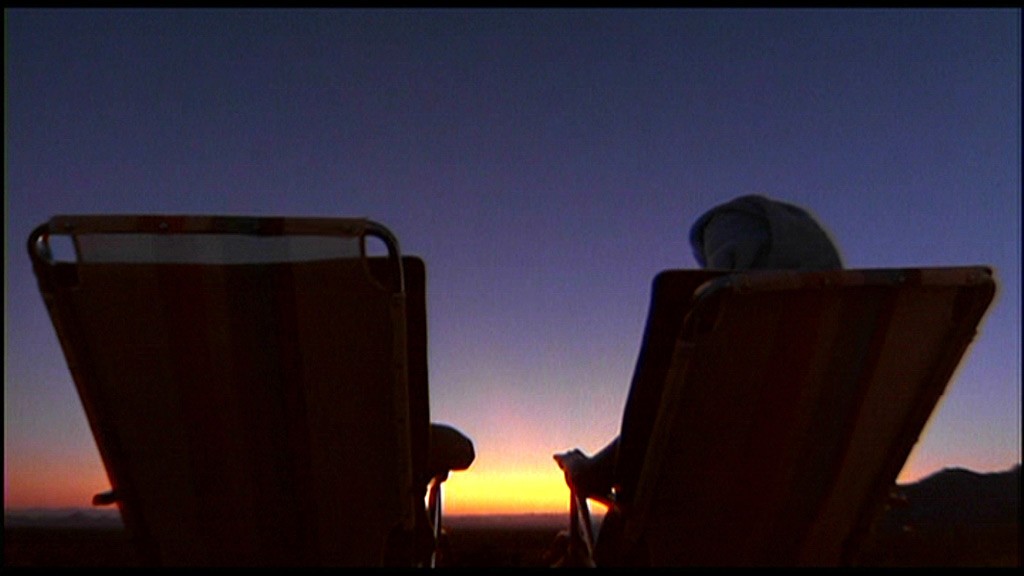 There are more personal reasons for my love of this movie. Longtime Coen collaborator Carter Burwell’s astoundingly great score, built in part on American folk music, uses some Pete Seeger cues that go all the way back to my childhood. (My parents were big Pete Seeger fans.) Even without that personal connection, this is the kind of score that’s impossible to forget, and it lives in your head for days after you’re done watching the movie. 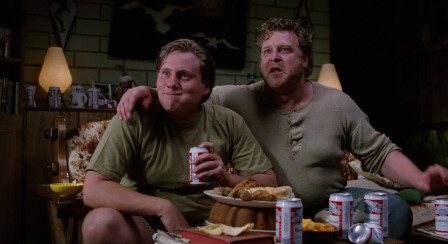 Did I mention that I watched RAISING ARIZONA this time with my three-year-old niece? She really dug it, and later on, she reminded me of the best reason to keep on watching this movie for years to come:

“That was a really funny movie.”

One of the funniest and most quotable movies of the last thirty years, RAISING ARIZONA is one of my true favorites, and I don’t think that anyone can now argue against this movie’s excellence.
Find me on Twitter:  @jonnyabomb 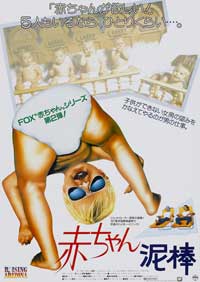 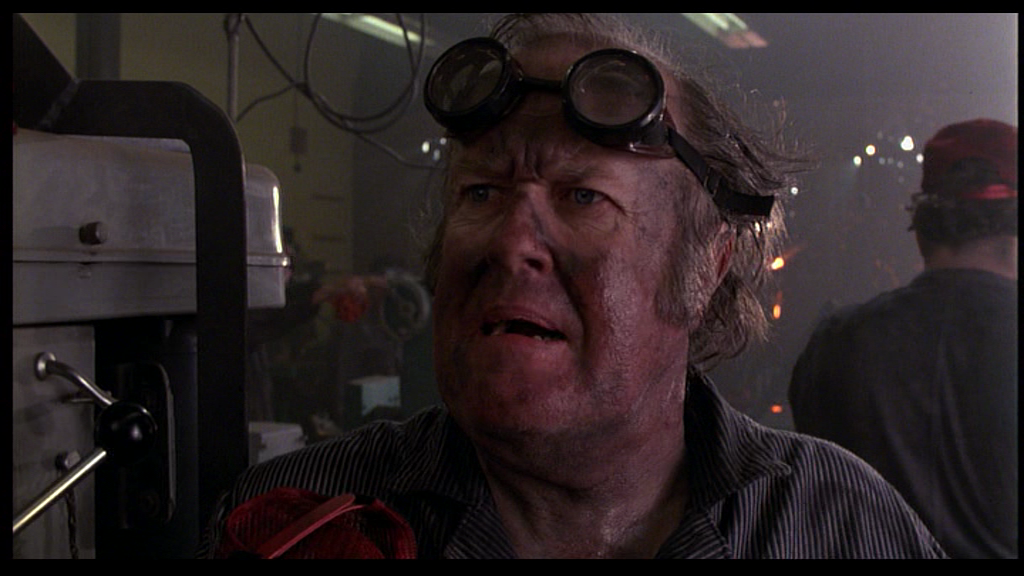