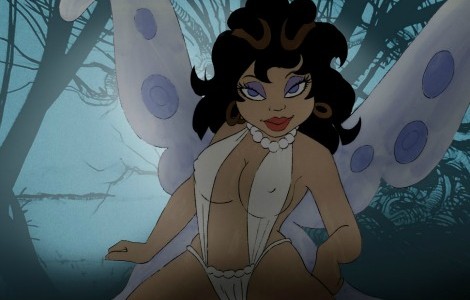 An animated cop, mafia, horror movie probably wouldn’t get my attention. An animated cop, mafia, horror movie set in the tripped out 1960s directed by Ralph Bakshi has both my attention and my money. The director of WIZARDS, FRITZ THE CAT, FIRE AND ICE, and more is back after a long absence that felt like a lifetime to his fans. Bakshi hasn’t really done much since the COOL WORLD debacle, it’s important to note though that the film he made wasn’t really the film we got. The Hollywood machine chewed him and spit him out after that, but he’s back. Ready to push the boundaries of good taste and force us all to take an uncomfortable look at ourselves. Bakshi is turning to crowdfunding for his latest feature film, so he can only take that next step of you take it with him. We’re all over this.

“In my films I have always discussed America: who we are, what we are, for better and worse, and the ridiculous. I’m here on Kickstarter asking for your support for my newest project, Last Days of Coney Island. It’s a series of shorts set against the strange backdrop of Coney Island and all its weird characters: crooked cops, broken hearts, jaded strippers, and singers” wrote Bakshi.

Check out his pitch below, then click here to jump over to Kickstarter and spare some change.