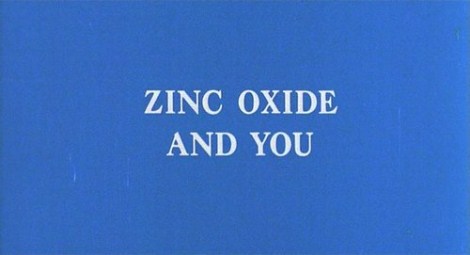 Never mind all that stuff about learning. The concept of satirizing the ephemeral film is almost as old as ephemeral films themselves, but it’s significantly tougher to accomplish. For one thing, while ephemeral films are entertaining only as a secondary motivation, parodies of them actually have to have some wit and cleverness about them. It’s not enough to get just the look of scratched film or some age-appropriate clothing — you also have to match the deadpan editing style and commitment to inform, even if the information is completely wrong.

Below are ten shorts that manage to be both entertaining and manage to pull off the same vibe as the classic ephemeral film, albeit in a variety of ways. And don’t worry, you won’t learn a damn thing.

10. Blood Flows Red on the Highway

Strangely, there hasn’t been much in the way of parodies of the driver’s ed film. The best of them may be the little glimpses we get of BLOOD FLOWS RED ON THE HIGHWAY, a scare film watched by the legally-obligated students in Neal Israel’s mildly remembered comedy MOVING VIOLATIONS, featuring Bill Murray’s other other brother, Jennifer Tilly and the “Where’s the Beef” lady. This clip, thankfully, skips over vast chunks of the film, including Nedra Volz, “Diff’rent Strokes”‘s Adelade, sitting in a urinal.

The folks at Galactica Productions specialize in taking the audio from vintage ephemeral films and the video from cult movie classics, combining them into one smirkworthy little short. This, a tale of dating dos and don’ts featuring the cast of STAR WARS, is one of their best.

Oh, sure, Stephen Colbert is all big and important now, but back in the days of the sketch comedy show “Exit 57,” he was also the voice of Cobalt in a filmstrip of the same name, which starts out helpfully enough, but then gets into a weird area.

You know you’re in knowing hands when the opening credits read “Produced and directed by Dwain Kroger,” a reference to exploitation producers Dwain Esper and Kroger Babb. A Joe Dante-directed segment of AMAZON WOMEN ON THE MOON, RECKLESS YOUTH features Carrie Fisher as a young woman from Iowa who visits doc Paul Bartel in order to deal with the shame of… social disease.

The Germans have to make EVERYTHING gorier, don’t they? FORKLIFT DRIVER KLAUS is basically SHAKE HANDS WITH DANGER, only with loads of gore instead of the catchy music.

I may have mentioned this one before.

4b. School, Girls and You

David Wechtner is an unheralded pioneer in the field of ephemeral parody. His short film GRAVITY is one of the earliest in the field, and still one of the best, as a young girl tries to learn what gravity, in fact, is — at which point things get even weirder than they already are. SCHOOL, GIRLS AND YOU is his follow-up, made a decade later for the anthology TV series “Likely Stories,” comparing what a “good boy” and a “bad boy” do on a date, both of which end up with disappointed and confused ladies. To make things even better, the greasy-haired “bad boy” is Paul Ruebens, and Patrick Macnee shows up to lend a doctor’s advice. Both would actually serve as convincing ephemeral films, at least for the first minute or two – the highest compliment you can give to the genre.

“Look Around You” is essentially the fake classroom film in a TV show format, so it’s not surprising that its creators Popper and Serafinowicz aced an attempt at a solo short. Done as a bonus feature for the Season 2 DVD release of “Look Around You,” BIRDS OF BRITAIN is so deadpan that, if it weren’t for the ridiculousness of the actual words being spoken, it could be mistaken for an actual short film about bird life easily. Confuse your kids today!

2. Meat and You: Partners in Freedom 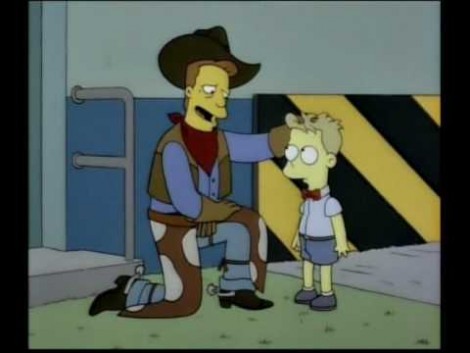 I gave myself the test of only choosing one bit from “The Simpsons,” and it was a tough call. There’s so many options — FUZZY BUNNY’S GUIDE TO YOU-KNOW-WHAT, THE MOON OF EARTH, the promise of the never-seen LOCKER ROOM TOWEL FIGHT: THE BLINDING OF LARRY DRISCOLL — but in the end, I went with the Troy McClure -hosted short on how hamburgers are made from “Lisa the Vegetarian.” There’s not a single wasted frame in it, from McClure strolling nonchalantly across the backs of cattle to the two branding irons that stamp “THE END” across a future burger’s posterior. This was great “Simpsons” writing even when they were at their creative peak, and it takes several viewings just to capture every moment. “Don’t kid yourself, Jimmy. If a cow ever got the chance, he’d eat you and everyone you care about!”

1. Zinc Oxide and You

The ephemeral film parody to which all are compared, this Zucker-Abrahams-Zucker-scripted short from KENTUCKY FRIED MOVIE never gets old no matter how many times you see it. A take on the plot of having a character discover what life would be like without the title item (most fondly remembered by the irritating Coily in A CASE OF SPRING FEVER as featured on Mystery Science Theater 3000), most of why it works is in Nancy Steen’s reactions to the increasingly horrible things that happen to her and her family as zinc disappears from her life. Coupled with Colin Male’s deadpan voice-over work and some perfect comic timing, a life without ZINC OXIDE AND YOU would be worse than losing a leg.