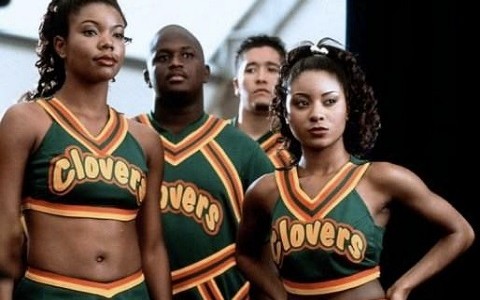 Welcome back to Daily Grindhouse’s weekly list of what’s new and interesting in the world of Blu-Ray and DVD releases. Everything that follows is available to purchase online or in stores as of right now. If any of the following titles catches your eye, please click through the Blu-Ray cover icons to buy them through us — it helps keep the lights on here (literally). Also, I hear it’s a great way to get into Heaven! 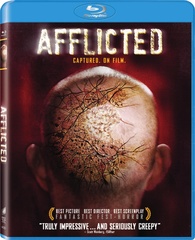 Low-budget horror with a striking poster and solid reviews. Here’s the IMDb summary: “Two best friends see their trip of a lifetime take a dark turn when one of them is struck by a mysterious affliction. Now, in a foreign land, they race to uncover the source before it consumes him completely.” Works for me! 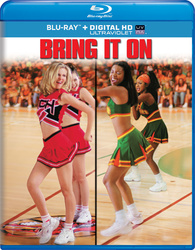 Surprisingly, I’ve already written about this one: It’s a pretty fascinating picture of a man in conflict, so check it out. The movie too. 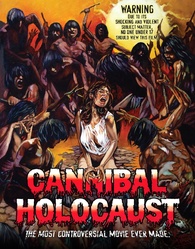 Haven’t been able to bring myself to this one. I know it by reputation. It’s notorious. This is a suped-up release from Grindhouse Releasing, with whom this site has had prior affiliation. So luckily I get to recuse myself! (But Grindhouse Releasing does do a sweet job with its products: biased or not, I treasure my new Blu-Ray of THE BIG GUNDOWN.) 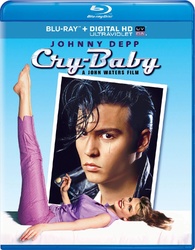 Johnny Depp working with John Waters feels like such an inevitability that it’s still surprising to me to remember it happened at the start of Depp’s film career. I’m not as familiar with this particular John Waters film but I will take the occasion to re-acquaint myself — EVERY John Waters film is worth a look. Factual assertion; I’ve had it vetted by experts. 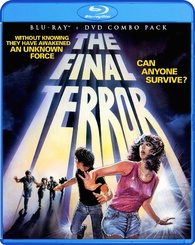 An earlier film from the director of THE FUGITIVE and starring a quintessentially ‘eighties cast, you absolutely need to see this IMDb summary: “A group of forest rangers go camping in the woods, and trespass into an area where a backwoods mama likes to kill people who come onto her turf.” That’s it. Sold. Resistance is futile. 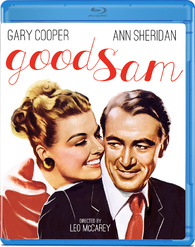 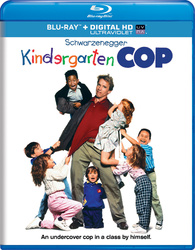 This is probably the most German title of any Arnold Schwarzenegger movie ever. (I know, he’s Austrian. Roll with it.) One of the weirdest things about American film comedy in the late 1980s is that Ivan Reitman stopped making comedy movies with Bill Murray and started making comedy movies with Arnold Schwarzenegger. Ivan Reitman made two of my favorite movies ever (STRIPES and GHOSTBUSTERS) and then he totally stopped doing that before it became a trend. KINDERGARTEN COP isn’t a personal favorite but it did have a remarkably productive second life in sound boards and prank calls, so surely you remember the quotes if not the movie — which is fine, but unexceptional. 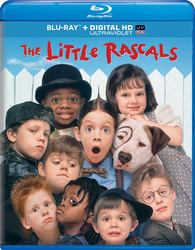 Director and co-writer Penelope Spheeris made THE DECLINE OF WESTERN CIVILIZATION and the first WAYNE’S WORLD movie — this was her next project after the latter, and it’s much better than you may think. It’s a kid’s movie, but a clever one. and a nicely sincere update of the old serials — Buckwheat has dreads now! If you have kids this is a fine movie to watch with them; if you don’t have kids I’m not sure why you’d be inclined to watch this but for slapstick connoisseurs there are several solid comedy gags in it. 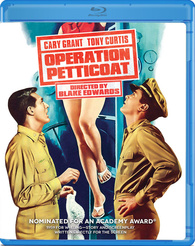 Haven’t seen it yet, but this is Blake Edwards’ first major success as a director, and early Blake Edwards is great stuff. The movie is a romp about an American submarine, at the start of World War II, tasked with transporting a bunch of pretty Army nurses and captained by the squabbling pair of Cary Grant and Tony Curtis. It’s like CRIMSON TIDE, only way more effete! That Academy Award nomination was for the screenplay, and apparently that was one of the last occasions where the Oscars allowed a comedy to get that kind of recognition. (Where’s my sarcasm hashtag?) 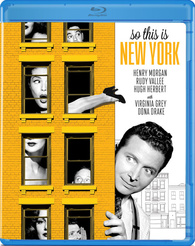 Hadn’t heard of this film before today, but that is some major bizarrely entertaining cover art. 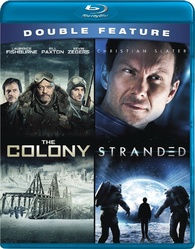 Can’t speak to STRANDED, which was co-written and directed by the man who made BATTLEFIELD EARTH — no commentary on that, just something you might want to know — but THE COLONY is worth a look. I reviewed it here: It isn’t a great sci-fi film but it’s absorbing enough, and powered by two typically fully-engaged performances by Laurence Fishburne and Bill Paxton. For a post-apocalyptic epic that can’t have had too much money to work with, the atmosphere is surprisingly, convincingly dire. Good antidote to summer swelter. 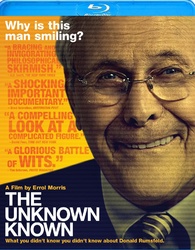 Don’t get me started on this guy. Errol Morris is a tremendous filmmaker and I want to look at everything he does, but I’m not sure I’m ready yet to have to look at Donald Rumsfeld’s face for the duration of a feature film. The only smile I need to see on that mug is a rictus grin. 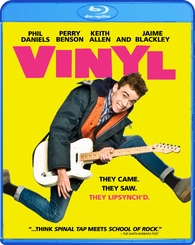 The IMdb summary: “An aging rock group use a young fresh faced punk band to front new recordings to fool the music industry.” I like this premise, and the director is Sara Sugarman, who acted for Alex Cox in STRAIGHT TO HELL and SID & NANCY. That’s fair enough punk pedigree. Only concern is, I haven’t heard of a single cast member in this movie. Before VINYL, Sara Sugarman directed CONFESSIONS OF A TEENAGE DRAMA QUEEN with Lindsay Lohan — now I have an entirely different (and awesome) movie going in my head. 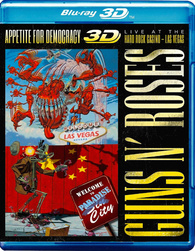 Good God, this thing is a six-car pile-up in the title alone. This is modern-day GN’R, with the Axl-saurus. In Las Vegas. Is there any chance this concert wasn’t a disaster? Pick it up and find out! (And let me know.) 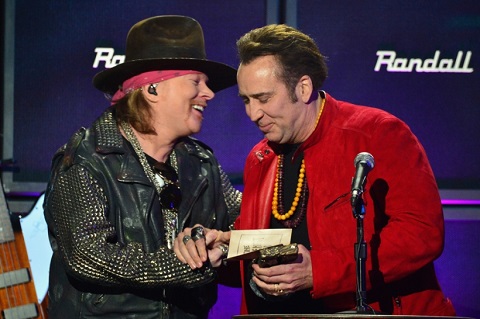 On that note, we’ve reached the end of another week of new releases. Thanks for reading, as always. See you next week!