When actress Arlene Martel passed away earlier this week, most of her obituaries mentioned her most well-known role – that of T’Ping, Spock’s Vulcan bride in the “Star Trek” (original flavor) episode “Amok Time.” But the prolific performer was a career spanning over five decades, including plentiful television appearances and supporting roles in the likes of genre films like Albert Band’s ZOLTAN: HOUND OF DRACULA, Tom DeSimone’s singing genitalia pic CHATTERBOX! and the Tom Stern biker flick ANGELS FROM HELL.

But one of her most noteworthy performances was often overlooked. In 1964, Martel, still using her given name of Arline Sax (she’d switch to Arlene Martel the following year), took a rare center stage role in the obscure psychodrama THE GLASS CAGE in a duo role as a pair of sisters involved in a murderous plot. The film is an amazing showcase for her talents, and a great example of the unique independent thrillers inspired by the earlier film noir cycle being made at the time, B&W gems featuring lesser-known talents that have mostly fallen through the cracks when it comes to modern media, though some, like 1961’s BLAST OF SILENCE and the contents of Something Weird’s “Weird Noir” collection, have maintained some degree of accessibility. 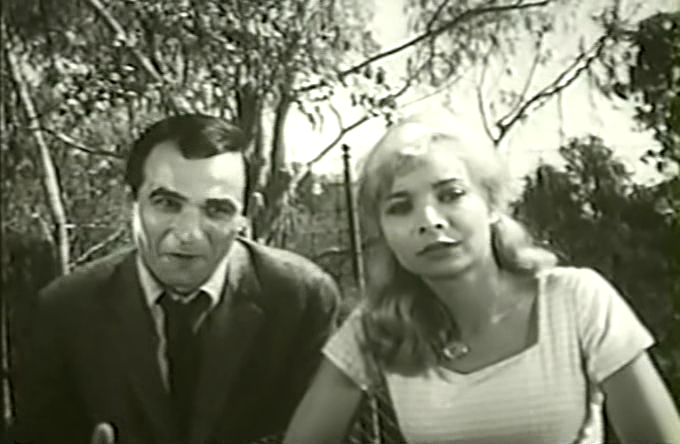 THE GLASS CAGE is the sole directorial effort of Antonio Santean, who would write the screenplay for the cult fave DIRTY MARY, CRAZY LARRY a decade later. The film opens with an attention-grabbing sequence that any thriller would envy, as an unknown man is shot outside an apartment, falls down a flight of stairs and then over a railing to his death. A gloved hand dials the police and reports a prowler, setting the phone down next to a small trinket of a glass lamb in a cage.

Investigating officers Westerman (John Hoyt, who co-wrote the film) and Jeff Bradley (Bob Kelljan, later the director of the COUNT YORGA films) seem to think at first that it’s an open and shut case with young tenant Ellen (Martel) having shot an intruder in self-defense, with Westerman dismissing it as “what every detective needs – -pretty girl, routine cases.” Bradley, however, is suspicious, especially after the busybody landlady mentions that Ellen’s sister Ruth had come by or a visit earlier that night. 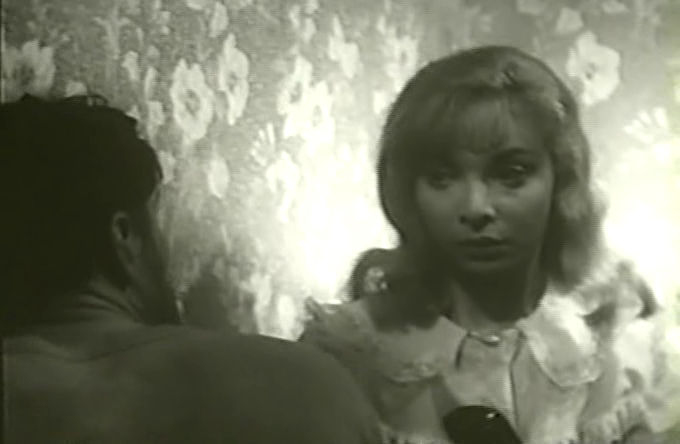 The victim in the case turns out to be a top executive, creating more suspicion that only Bradley seems interested in following up on. The cops visits Ellen, who exudes a shy innocence but admits to shooting him even though her story doesn’t quite match up with the evidence and when her family is brought up, mention of her father leads her into a distant trance that recalls Judith O’Dea’s Barbara in NIGHT OF THE LIVING DEAD. Telling the police only that he’s an evangelist in Tucson and that they are estranged, Ellen is clearly a haunted character, and her relationship with her sister seems even more suspicious when the police go to Ruth’s house and find only an ominous painting of the woman.

Ruth does finally make an appearance, and she’s the polar opposite of the shy Ellen, a bold, sexually aggressive woman who was having an affair with the victim – and affair which even got her a house. Bradley continues to pursue the case, while vaguely courting Ellen, meeting her at the zoo in which they have a discussion about the comfort of cages. “We all need protection,” says Ellen, envious of the animals penned up, and when it’s mentioned that the bear recently clawed a staff member, Ellen defends the animal and its confinement with “I don’t think his keeper loved him enough.” 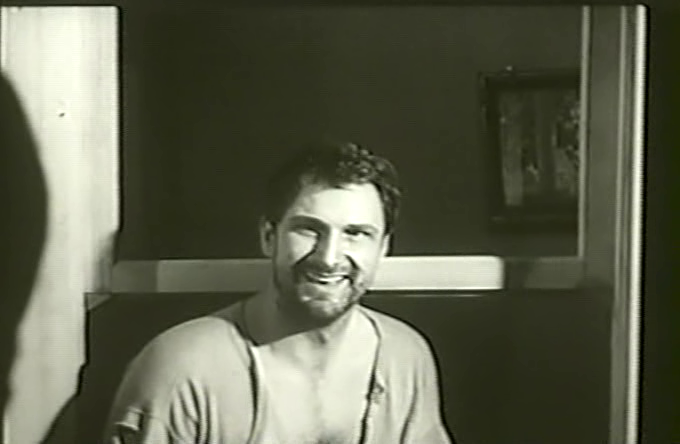 There’s also a standout sequence involving a deranged artist neighbor (King Moody), who finds his advances to Ruth rebuffed after she laughs at a piece of art he created in her honor and responds to Bradley’s comment on his wardrobe of “split that shirt any lower, I’ll run you in for indecent exposure” by just taking his shirt off, and Elisha Cook Jr. shows up as Ellen and Ruth’s father. There’s also a fair share of genuinely odd dialogue, like Bradley’s agreement to go up to Ellen’s apartment for “deviled ham and oatmeal bread,” and Ruth’s ominous comment about Ellen not having a soul “except me, poor lamb.”

The film moves from standard mystery into CARNIVAL OF SOULS territory on occasion, including Ellen imagining that a wound she has is bleeding and a rape-inflicted hallucination sequence (featuring the Bradley Building, so memorably used in BLADE RUNNER) that suggests the influence of surrealism. The climactic reveal isn’t likely to surprise modern audiences, but Santean composes it in such a bold, non-traditional manner, utilizing freeze frames and deliberately off-putting sound that it’s compelling even if the twists have been done plenty of times in the intervening half-century. There are certainly plenty of signs that he film is a low-budget affair – music that cuts off suddenly, stilted performances and boom mikes making so many appearances you’re surprised they’re not given billing – but it’s clearly made with an eye on keeping things interesting even through bizarre, inventive means. 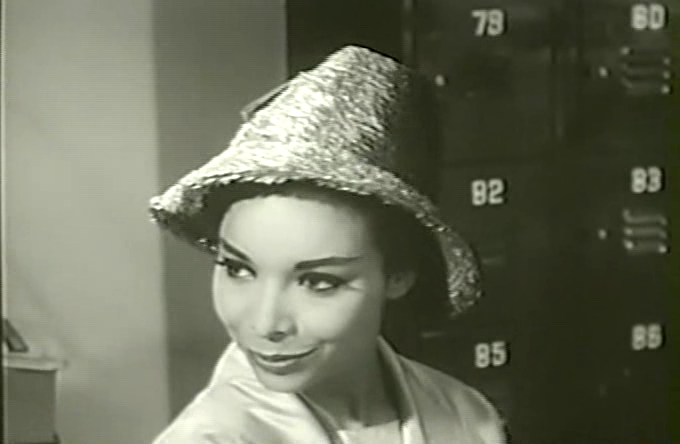 And the heart of it all is Martel, without whom the film wouldn’t work at all, and who gives an amazing dueling identity performance. Ellen and Ruth are completely separate identities, and with THE GLASS CAGE, she gets to be both the Madonna and the Whore, the innocent, confused waif who stares off in the distance and the sexual predator that devours the men around her. Martel is equally hypnotic at playing the vamp or the virgin, a performance that works beautifully with the dream-like nature of the rest of the film.

THE GLASS CAGE doesn’t exactly all come together – it’s like a low-budget blend of CARNIVAL OF SOULS, DAUGHTER OF HORROR and PSYCHO that often doesn’t feel like it’s all part of one film – but it’s a great showcase for Martel’s talents, and a genuine crime film curiosity that deserves to be less obscure than it is. Currently only available on DVD-R from Sinister Cinema in a soft but watchable form, it’s a film that’s calling out for at least a TCM airing, if only to bring Martel’s talents to a wider audience.