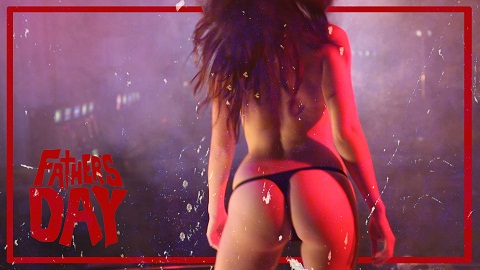 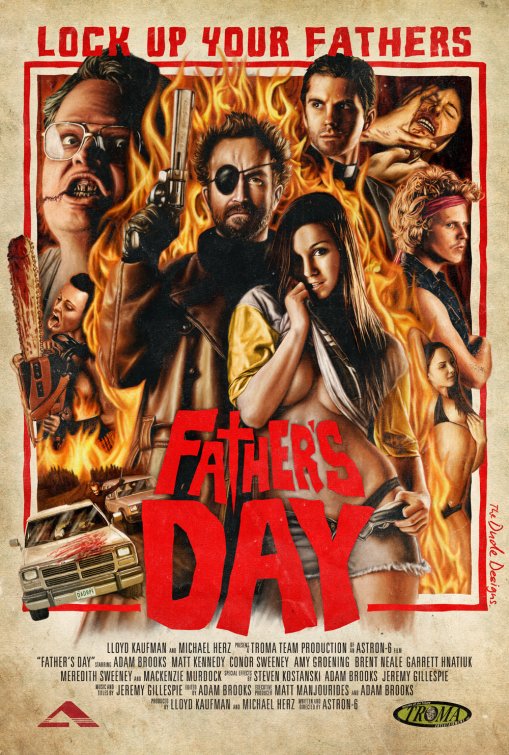 The midnight movie at Brooklyn’s Spectacle Theater is FATHER’S DAY, a neo-grindhouse horror flick about a serial killer who does awful things to fathers, as opposed to the standard lady-murders we’re all so used to seeing on film.  The movie was produced by Troma but made by the five madmen of the Astron-6 collective, who brought us MANBORG — MANBORG!!! — among many other deranged wonders. 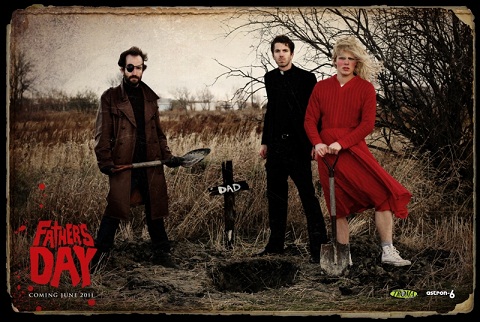 FATHER’S DAY was banned in Australia, which frankly is pretty great news.  I mean, it’s terrible news if you’re reading this from Australia, but if you’re reading this from anywhere near New York City tonight, you’re in luck.    Here is where you can find the details for the Spectacle screening at midnight.  The film will be shown ON VHS! along with the trailer to the notorious Astron-6 epic BIOCOP! 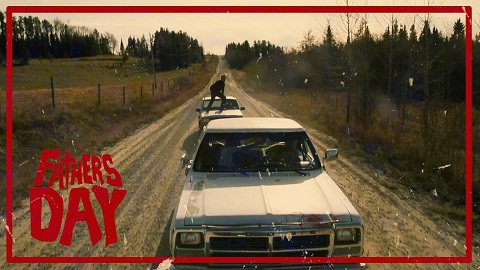 I actually haven’t managed to see FATHER’S DAY myself yet, and yes I do regret that thank you very much, but I have seen MANBORG — MANBORG!!! — several times.  If you click on this sentence, you can read what I think about MANBORG.  Spoiler Warning: I think a lot of good things about it.  The fellas from Astron-6 redistributed the order of duties on this one, but I have zero doubts that no matter who’s directing or starring or composing the music or doing the stunts, any one Astron-6 venture is as entertaining as the many others.  If I had an official seal of endorsement, I’d stamp it here and everywhere else.  I’d stamp your forehead, dude.  I don’t care if you’re nine feet tall.  That’s how enthusiastic I am about this stuff. 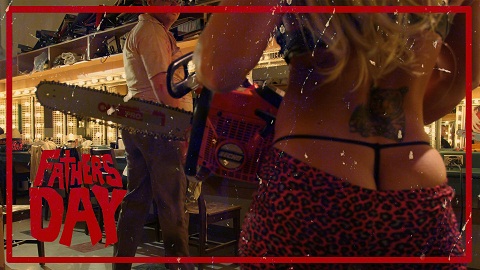 Visit FATHER’S DAY and the Astron-6 crew at the official site and I’ll see you at midnight maybe!