Home  ⁄  The Wire  ⁄  LITTLE MISS RISK’S DUNGEON: EVERYTHING I KNOW ABOUT KINK I LEARNED FROM LIVE-ACTION ROLE PLAY 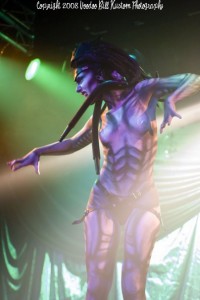 Two summers back, I was invited to perform at Restricted Entertainment’s Lust In Space Fetish Fashion Show. The crew who is behind the most notorious and outrageous fetish parties in Vancouver, BC was throwing a doozy in full-on science friction. I wasn’t walking the catwalk this particular year, though there was a number of very amazing, panty-soaking bodies that were. Designers included Suzee666, Lace Embrace Atelier, Misty Greer, Lillian Luvroc, Hypershine, and Priape. I was there as a performer, backstage and body painted ready to do my Giger-inspired cyberlesque number, and I was pleased to see not only the attractive, delicious packaged bodies around me, I was stoked at all the geek speak. Models and designers chattered animatedly about their favourite sci-fi boners, and it never fails to impress me how many awesome geeks, nerds, and dorks there are. People who can catcall you in Klingon or Vulcan, can tell you what era Storm wore what costume in X-Men, and share the cheat codes for Tekken 3.

For me, I’ve always loved the sci-fi, the fantastic, and the horrific. While most girls were doodling their names with their crushes on what was supposed to be 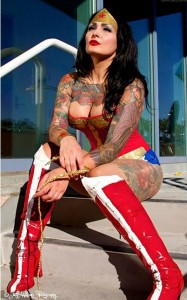 physics formulas in high school, I doodled dragons. Um, lots of dragons. To the point my high school crush nicknamed me “the dragon lady”, but I’m pretty sure he wasn’t being wholly complimentary. So it was no secret that I was CLEARLY attracted to people of the same nature. I wound up joining a vampire Live Action Role Play (LARP) game without really knowing what was going on, other than it was a bunch of people playing dress up (as vamps) and there were lots of guys there. I should probably take a moment to point out I was a) adolescent and horny and b) there was eight girls to ever one guy at my school. Hormones what they are, I was something of a panting, drooling mess for gamer guys early on. Not only did these guys make some effort to dress up (mostly) but they were geeks like me! I learned later about sit down games, figured out how to make a goober girl character, and roll a D20 like a badass.

Fast forward to present day when I’m finding more and more like minded folks. Take San Diego Comic Con, for example. Acres of amazing, talented, fun, and generally hot people there. I tried to describe it to some folks: Comic Con to me is like Burning Man to Crystal Precious. It’s a mecca of your culture, a giant meeting of the like minded… and a chance to dress in some SICK cosplay gear. But as well as being part of our culture as geeks, nerds, and so on, there is a very, very, very important set of lessons I learned from these people that I translated into my life as a kinkster…

Everything I Need To Know About Kink I Learned From LARP 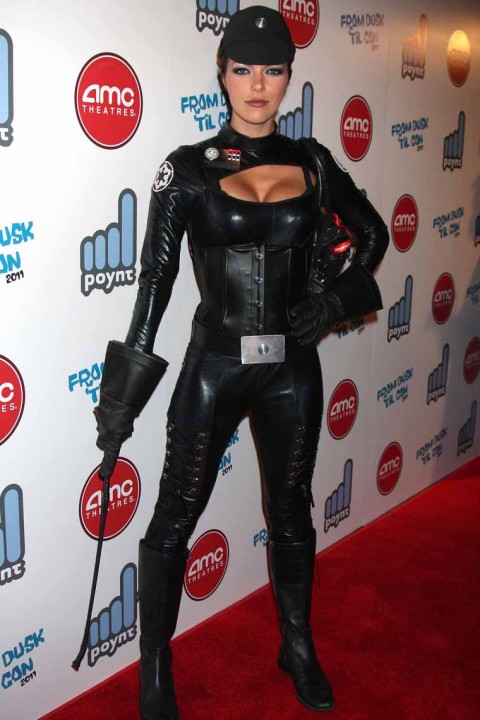 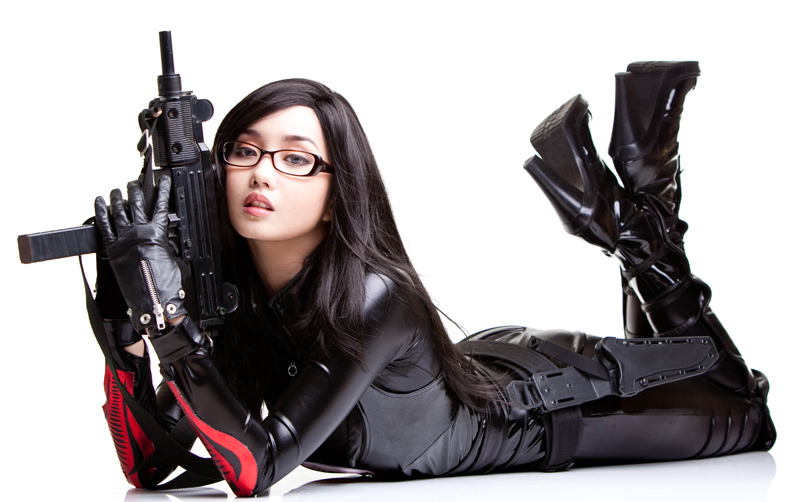 Yes, yes it does. If you think I’m being superficial here, fine. But if you go to a kink party dressed in khakis, it’s not very well received. We are a breed of animals that responds well to pageantry. Even animals from other species are attracted to peacock feathers (cough*BURLESQUE DANCERS*cough) so you can see that a little extra effort to go with that in-character swagger your putting on helps. A guy in PVC pants will always get the eye fuck from me over the dude in the GAP gear. It helps sell the ideal. Being naked is great but in kink a lot of great fetish revolves around the gear: stockings, corsets, gloves, hoods, straps, heels etc. If your going down this road do yourself and your lover a favour to get the full effect of the experience. Unless your Wolverine in jeans and leather jacket. Then denim is permissible. Yum. 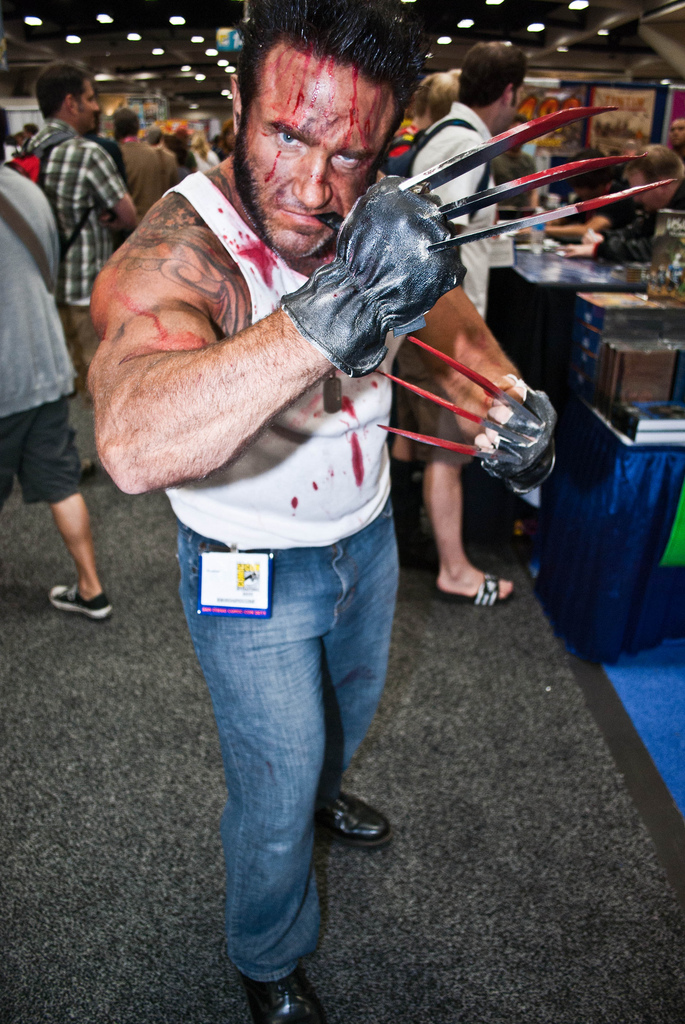 I think it’s pretty interesting kismet that “DM” can mean either “Dungeon Master” around the gaming table or in the boudoir. The foundation for the characters is always the story lines. If there is a good skeleton of one in place, then that gives the characters a chance to flesh it out or your lover to organically follow the flow and see where your creativity takes you. The DM can guide the journey and set an interesting set of tasks and the players and playmates keep their DM on their toes by adding their own challenges for fun give-and-take. While the mission/scene/plan may change, it will no doubt be an interesting odyssey. 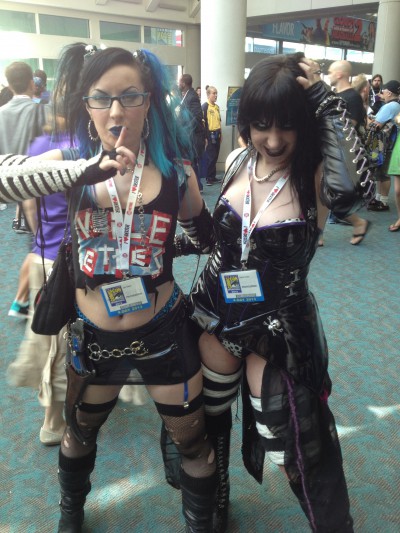 So love your geeks and kinky friends. They are likely some of the most creative people you know, and at the very least, the Shadowrun books are ten times more interesting than 50 Shades Of Grey to the right depraved and dirty brains… So I leave you with this… why if even the allure of potentially kinky in-character sex doesn’t convince you gamers are awesome, this video by Red Fang should: 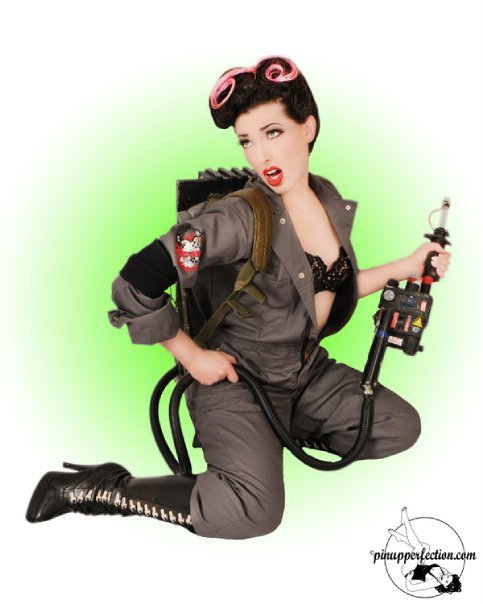