I smell a franchise cooking in the genre kitchen, and if A.J. Bowen (HOUSE OF THE DEVIL, A HORRIBLE WAY TO DIE, THE SIGNAL) is attached to it, you can bet this thing has legs, or worms in this case. This flick had my dollars the second I learned about it. Written and directed by Padraig Reynolds, RITES OF PASSAGE stars Bowen and Anessa Ramsey in a kidnapping film that quickly shifts gears into a monster film featuring a cool new creature called Wormface. Take a look at this trailer, then scroll down for a look at the slimy bastard. RITES OF SPRING will be in theaters and available nationwide on IFC Midnight Cable VOD and digital outlets (SundanceNOW, iTunes, Amazon Streaming, XBOX Zune, Playstation Unlimited) on July 27, 2012. 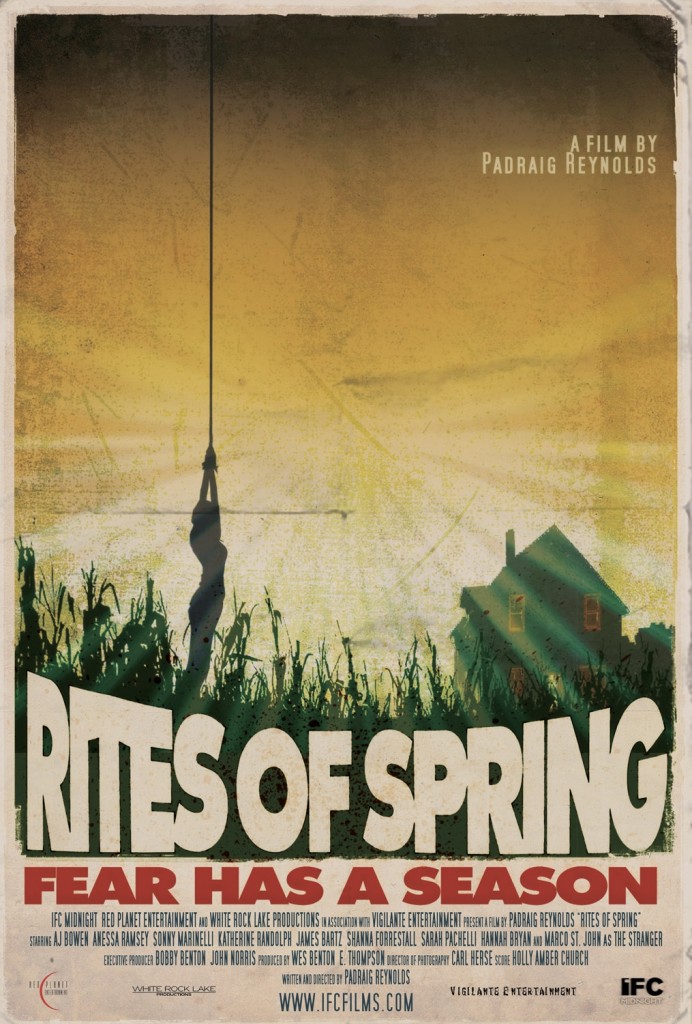 From the press release:
A group of kidnappers abduct the daughter of a wealthy socialite and hide out in an abandoned school in the middle of the woods. But feelings of guilt soon overtake the kidnappers, dividing the group and putting their entire plan in jeopardy. The evening further spirals out of control when their poorly chosen hideout becomes a hunting ground for a mysterious creature that requires springtime ritualistic sacrifices.