Punxploitation is a niche sub-genre of film revolving around exploitation of the punk rock lifestyle. I’d like to fancy myself as an expert on it; but to be an expert one should really know everything there is to know about it—and that just isn’t the case here. It seems almost weekly I find films that fall under the punxploitation umbrella that I have either never heard of or never watched.

BURST CITY is one of these movies. I bought it 15 years ago, when I was obsessed with Asian genre films. I watched it once when I was blackout drunk and didn’t remember anything about it. I recently revisited it, only for it to blow my mind. Punk rock is all about chaos and no film has embodied the essence of chaotic punk rock quite like BURST CITY.

In the not so distant (yet also incredibly bizarre) future, Tokyo has been ravished as the whole world has been thrown into complete disarray. The streets are run by violent gangs of street punks, and while they fight amongst each other over turf and the bands that they follow, the yakuza is forcing them out of their homes so that the government can build a nuclear power plant. 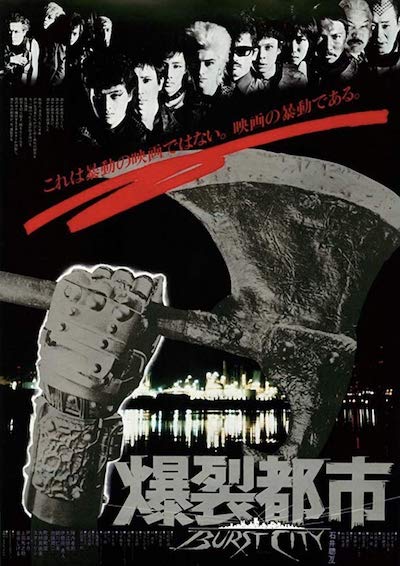 BURST CITY‘s punk rockers are consistently harassed and abused by the brutish police. The poor and working class are also torn from their homes, forced into labor, and beaten into submission by this fascistic force. Mutants, biker gangs, yakuza, punk rockers, and plenty of anarchy keep this mindfuck of a film moving along at a fun pace. 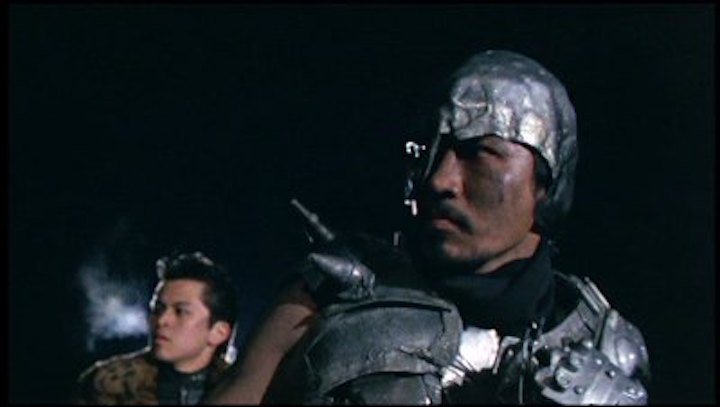 The first thing I noticed in is that none of the characters have a name in BURST CITY. I don’t know if this was done on purpose, or if it was supposed to stand for a more metaphorical statement, but it drove me nuts. This aspect makes it hard to follow the story even though the plot isn’t necessarily the most important aspect of this film. The whole movie comes across as more of an allegory for class rebellion and struggle, and how the working class is always pitted against themselves so that the rich can stay in power. 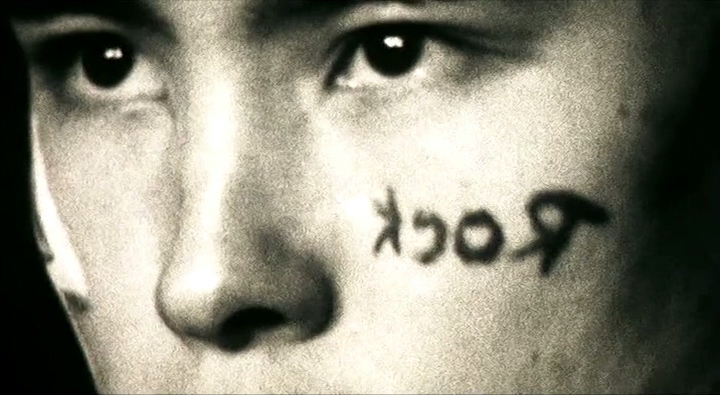 Even in the final battle pitting the punk rockers and workers against the police and yakuza, the punk rock gangs are still fighting against each other and allowing their differences to divide them. This is the sad state of affairs that was prevalent in 1982 when director Gakuryû Ishii (as Sogo Ishii) made BURST CITY and still remains topical in our current political atmosphere. 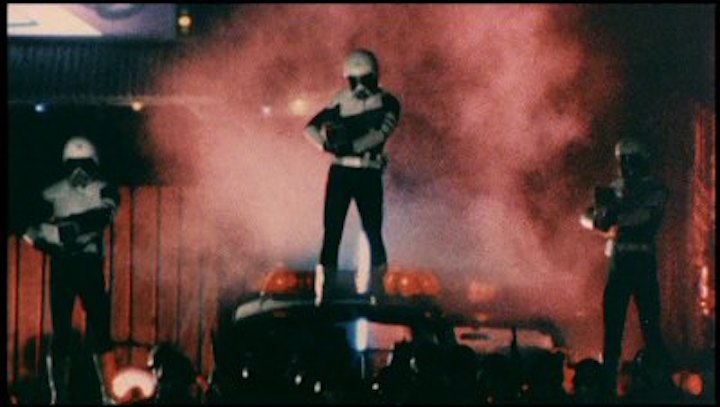 Besides the sociopolitical subtext of BURST CITY, it also serves a sort of documentary of the Japanese punk rock scene in the early ’80s. Yes, this is a post-apocalyptic world, but it also features performances by The Stalin, Battle Rockers, The Roosters, and Inu. These bands are all top-notch examples of how explosive and dangerous punk rock was in its infancy. It was revved up rock n’ roll with subterranean style. Performance art that made you want to pogo.

BURST CITY is a little-known film that I was happy to revisit while sober. It’s easy to see how it influenced several directors, everyone from Takashi Miike (ICHI THE KILLER) to Shinya Tsukamoto (TETSUO: THE IRON MAN). BURST CITY is a lost masterpiece that successfully filters MAD MAX—style imagery through a punk rock sensibility that is a must for any fans of extreme cinema.