Whenever someone asks me the $10,000 question of cult film afficionados — “Which movie that has never been released on DVD would you like to see remastered and revived?” — I have a few answers.  DR. CALIGARI comes to mind, as does THE KEEP and DESPERATE REMEDIES; movies that, with a fresh coat of paint and a new format, would really find a willing audience. But my number one answer? Ulli Lommel’s STRANGERS IN PARADISE, a well-intentioned musical fantasy film that’s halfway between THE APPLE and SHOCK TREATMENT. Nobody is out there championing it at all, and someone needs to spread the word. 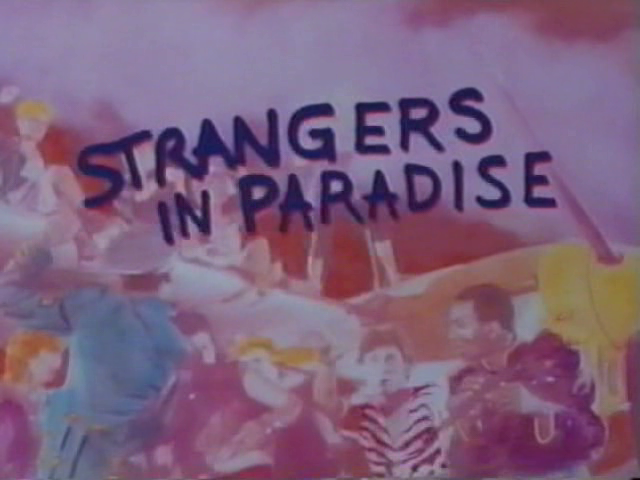 Previous to serving as director, star, and co-writer (with his wife, Suzanna Love) of STRANGERS IN PARADISE, Lommel had a fascinating career. Born in German-occupied Poland during WWII, Lommel started out as an actor in the likes of Russ Meyer’s FANNY HILL, became a protege of sorts of Rainer Werner Fassbinder (starring in SATAN’S BREW and CHINESE ROULETTE, producing WHITY) and then struck out on his own as an arty exploitation filmmaker, directing THE TENDERNESS OF THE WOLVES in 1973. He soon began sidling away from the “arty” aspect of this, and he may be best known as the director of the supernatural slasher flick THE BOOGEYMAN, which spooked up video store shelves for years. After BOOGEYMAN, however, his work started to veer into increasingly cheaper territory, culminating in a series of shot-on-video serial killer films that are, honestly, pretty embarrassing. He sang with Elvis. He hung out with Warhol.  And somehow you never really hear about Lommel in cult movie circles…or any circles, for that matter.

STRANGERS IN PARADISE was shot a couple of years after THE BOOGEYMAN, when Lommel still had enough pull to get his own narrative projects off the ground with a decent budget. He may have even saved money by casting himself in the lead role. It could also have very well been an intentional decision, as STRANGERS puts Lommel and co-writer Suzanna Love’s thoughts on society front and center, and placing Lommel in the lead just underscores their intent. 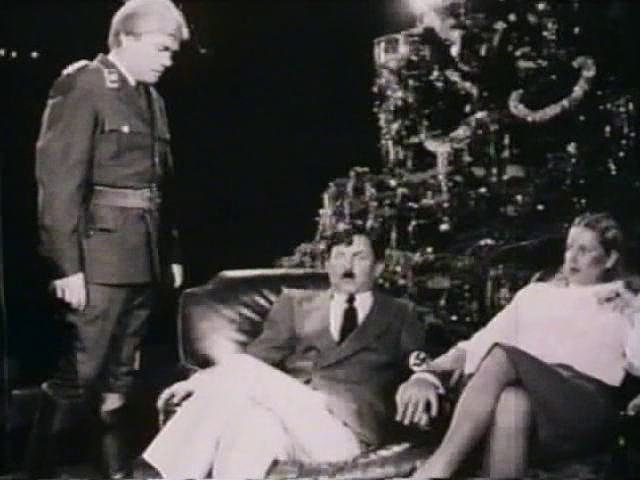 Lommel plays a psychic named Jonathan Sage, who begins the movie evading Hitler’s forces during WWII. Knowing his powers could be used for fascism (Hitler, also played by Lommel, tries to get him to mesmerize the crowds), Sage agrees to be kept in a cryogenic freeze until the world “cools off.”  (There’s also a big-band musical number)

The “cooling off” period lasts until 1983, when a group of busybody concerned parents all over the country (connected via computer) have set up a group determined to rid the world of rock ’n’ roll music, homosexuality, and shocking haircuts. “Take off those black clothes! Why must you always wear black? People in California wear positive colors! Pink! Turquoise!” Their plan is to save the youth via mind control, which they start out with by kidnapping local teen music sensation Sukey (an uncredited Suzanna Love) and the So-Whats and turning them into a good country band. 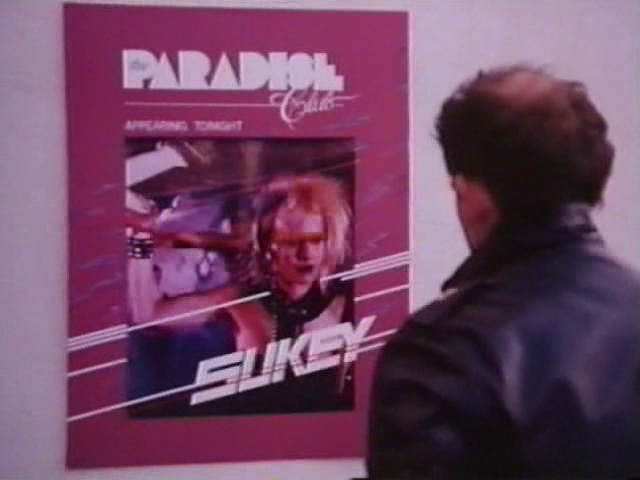 The mind control consists of a device called a “Repentogram,” which mostly involves lots of flashing lights and causing the subjects to have musical numbers that start out with their own ideas and then, as dials are turned, switching to a more family-friendly, heteronormative format. The problem is that it doesn’t last—Sukey, as well as a gambler and a prostitute the concerned parents kidnapped, end up quickly reverting to their own ways by the end of the song.

After a hilarious musical number that includes the lines “We need someone to rid us of gays/They have to learn that decent people are straight/Lock them in their closets and burn them down/Heteros make the world go round,” one of these proto-PRMC brings up Sage—who just needs to be taken off of ice and works for free. It’s a little unclear how they find out about him, but STRANGERS IN PARADISE runs an efficient 81 minutes, so I’ll allow it a few plot jumps. 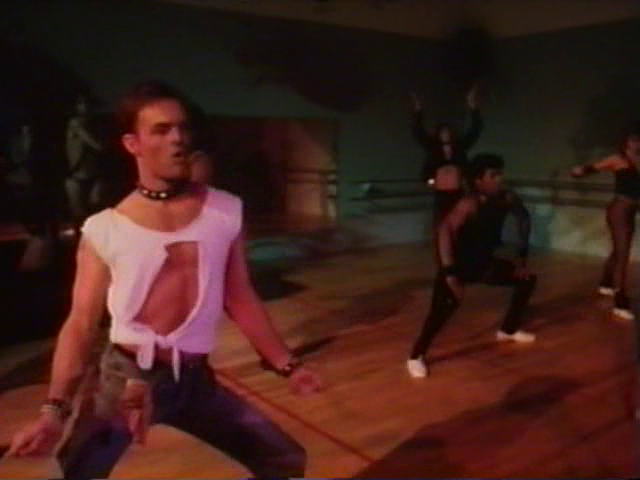 The suburban gang assists the son of the scientist that froze Sage originally (Thom Jones, who plays both father and son) to get the psychic to America in order to help with the defreezing under the condition that Sage helps them with their issues. Two musical interludes later (including the amazing “Doctor’s Orders” in which the team of dancing nurses is implored to “get him up… so he can start getting dowwwwwwwn”) and he’s up and running. But will Sage discover that the repression of youth and non-mainstream ideas is just another form of the same fascism he froze himself to avoid? 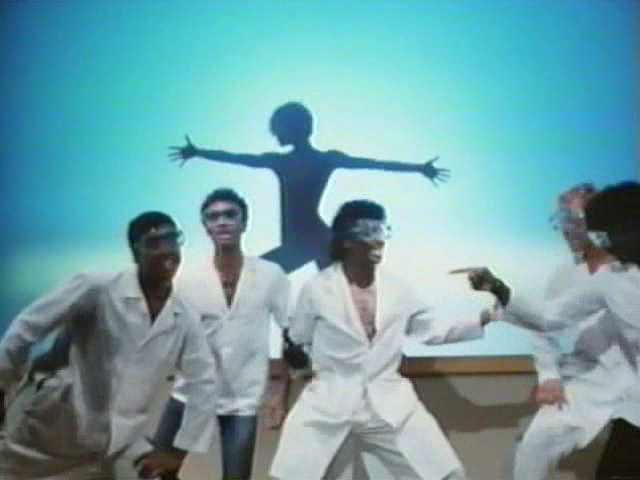 There’s no question which side that Lommel and Love are on: the adults are comically hateful and inept, spouting warnings of their future like how they’ll be “Inundated by a wave of sinfulness! Overrun by a horde of wicked, perverted cretins!” It’s strange that Sage doesn’t figure out what they’re doing immediately, but Lommel lampshades that a bit by mentioning that his brain is still recovering from the freeze. It’s not subtle, but it doesn’t need to be, as the musical numbers are constant and memorable, ranging from the late Beatles-esque, “It’s Magic” (“The phoenix and the centaur appear at my command/Mountain limbs will tremble as I gently raise my hand”), to a song by Doors tribute band Moonlight Drive, whose lead singer croons about the Hard Rock Cafe in full Jim Morrison mode.

Sure, there are shortcomings of the threadbare budget, like the WWII stock footage and how Sage is supposed to be 27 when Lommel was nearly 40 and looked it, and the ending doesn’t quite feel as climactic as it should. These are charms to the film, and it’s clearly obvious that Lommel and Love had their hearts in the right place even if some of the moments don’t ring anything close to “true.” 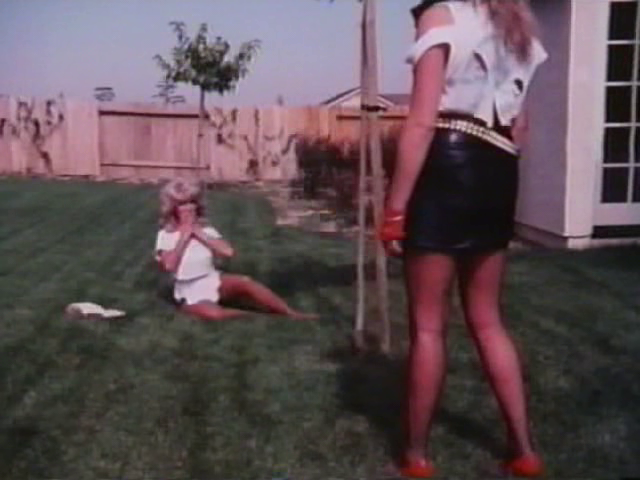 STRANGERS IN PARADISE is both admirably well-meaning and fascinatingly awkward, especially coming from a veteran of the early ‘80s punk scene. It’s an entertainingly angry film that’s way too much fun to allow the audience to get angry with it. It’s satire by an artist who’s not quite sure how to do satire, and it’s all the more fascinating because of it.

So, c’mon, boutique media labels! Get your butts in gear and give a very colorful, energetic film the transfer it deserves, instead of leaving it in a limbo of murky VHS transfers. Resurrect STRANGERS IN PARADISE! Bring Jonathan Sage out of the ice! 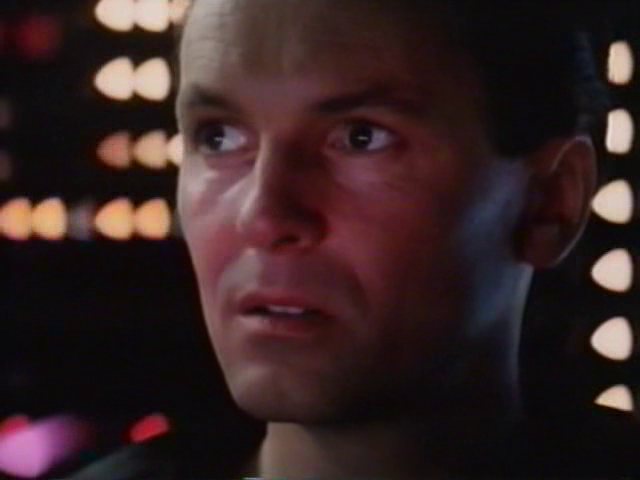