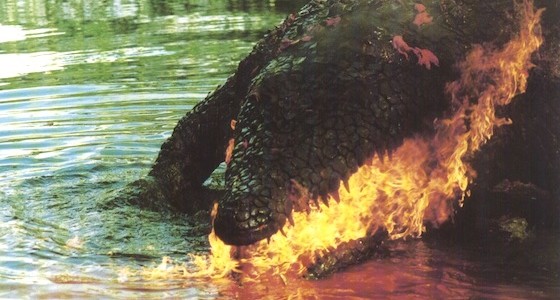 With CRAWL having just hit video from Paramount Pictures, it’s amusing timing that Severin have also recently unleashed KILLER CROCODILE, because really, how often do killer crocodile movies come out? (Okay, CRAWL technically has alligators, but it’s the same damn animal and you know it.) KILLER CROCODILE is an inept Italian curiosity that, were it not inept, no one would talk about at all. For a while now, Severin have excelled at releasing befuddling Italian horror cinema from the ‘70s and ‘80s, including the high watermarks of Italian stupidity, ZOMBIE 3, ZOMBIE 4: AFTER DEATH, and SHOCKING DARK. Some horror fans, especially gore hounds, tout Italian horror above all others, citing it’s willing to go to places others aren’t willing to go. I agree with this, but with one caveat: no one does “oops, it’s stupid!” horror better than the Italians. Between the aforementioned ZOMBIE sequels, or titles like DEMONS, BURIAL GROUND: THE NIGHTS OF TERROR, and STAGEFRIGHT, Italian misfires are magically, stupidly delicious, and, to borrow the current Internet catchphrase, I’m “here” for it. 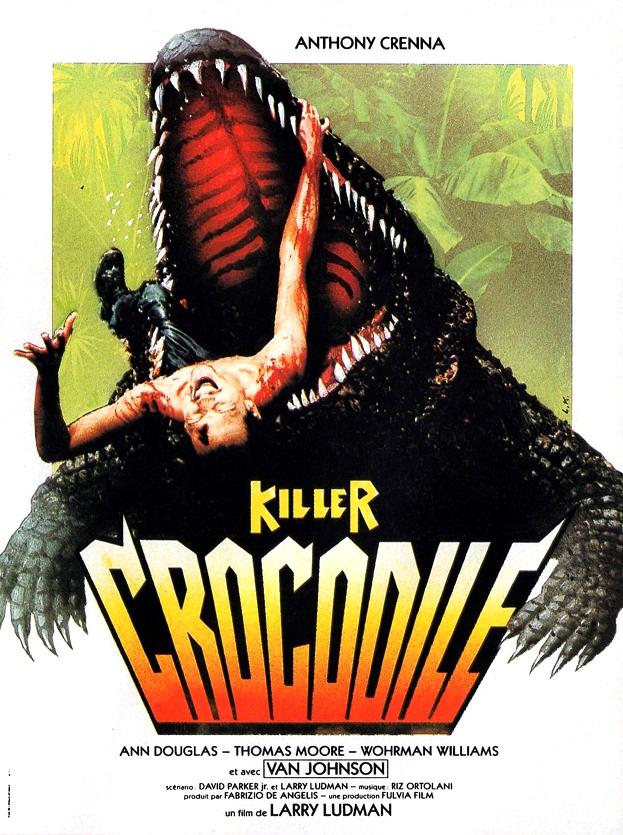 I, badly, wanted KILLER CROCODILE to follow along in this same vein. The makings of it were there, waiting to be plucked: first, it’s Italian; second, the villain of the piece is a gigantic crocodile that’s barely articulated, never blinks, and for the most part, just kinda floats along in the water; and third, it’s still Italian. (It’s worth repeating.) And like all killer animal movies Italian and non-Italian, it’s clearly been made in the shadow of JAWS, right down to the character dynamics and archetypes. You’ve got your Quint, your Brody, and your Hooper. You’ve got your giant-teethed villain. And to borrow from JAWS 2, you’ve got your young people in peril (natch). What you don’t have is a memorable experience, whether or not you’re here for the irony.

To critique KILLER CROCODILE in any meaningful way is silly. It’s not trying to be a real film, nor should we treat it as such. Whenever the titular beast isn’t on screen chomping victims with its gigantic plastic dummy jaws, KILLER CROCODILE is a slog, consisting mainly of people standing around, sweating, and sharing completely unrealistic dialogue with each other. This happens a lot in Italian horror of the stupid kind — moments of glory are often ruined by too-long scenes of people sharing in tepid dialogue and pretending that they’re making a real movie, and not one, say, where Hugo Stiglitz throws a TV at a zombie head and said TV explodes like a fucking bomb. (NIGHTMARE CITY for the win!)

To circle back to the killer crocodile creation, it’s actually pretty impressive, considering the amount of money that was afforded to the flick’s production. Does it look “real?” In sustained shots, no, it doesn’t, but to be fair, neither did the shark in JAWS. The level of detail in the crocodile is meticulous, from its scaly skin to its conical teeth. (But still, it never blinks, and the longer you stare at that unblinking eye, the funnier it becomes.) 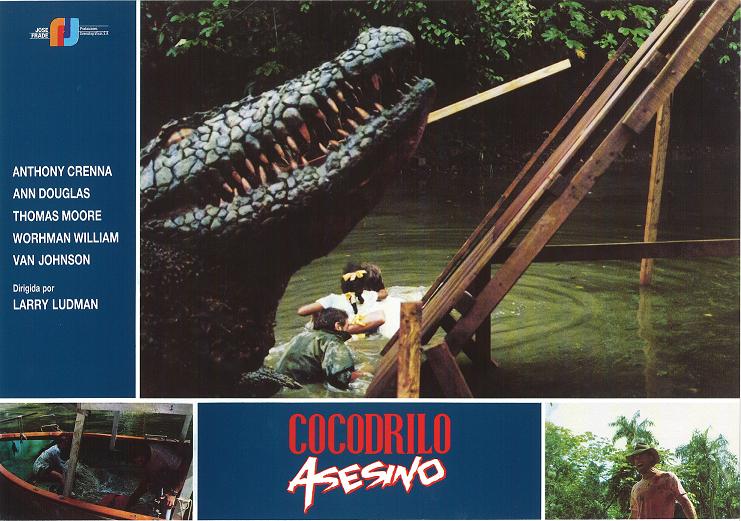 KILLER CROCODILE is Severin’s second release for October, and is thankfully a huge improvement over their other October release, THE WAX MASK. Their video presentation of KILLER CROCODILE is quite good, containing the appropriate amount of grain and actually looking like a movie, and not something shot on digital video last year. There are some errant moments of speckling throughout and some very minor print damage, but nothing to sully the viewing experience. It’s not on the high end of Severin’s previous transfers, but it’s not nearly at the depths, either. Audio is a slightly different story. The default audio presentation is the English track, and except for the awkwardness of Italian post-production dubbing, the track is free of any blemishes or distortion. The Italian audio track, however, contains a weird hum or reverb that kicks on during the late part of the first act and unfortunately remains for a large part of its running time. It’s not unbearable during moments of action, like the various scenes of croc carnage on the river, but during scenes of quiet dialogue, it’s hard not to hear. I’d assume most people looking to KILLER CROCODILE for an ironic good time would likely stick to the English track anyway (as it was the language most of the actors used during their scenes), but those who want the full Italian experience will have to deal with the flaw in the audio track.

As usual, Severin have given KILLER CROCODILE more supplements than it deserves. The most entertaining of these is the interview with Richard Anthony Crenna, the lead hero and son of late actor Richard Crenna (the RAMBO trilogy). His recollections of the film’s shoot covers both his enthusiasm and excitement to snag a lead role in a movie along with the somewhat hellish shooting conditions and the stern personalities of the Italian crew, namely director Fabrizio De Angelis (who used the pseudonym Larry Ludman for this particular production). He shares a particularly amusing anecdote where De Angelis seemed to be having a heated, animated conversation with another crewmember and Crenna asked someone what had happened that had infuriated him, leaving them to respond, “oh, he’s just talking about the weather.”

That’s how Italians do it, baby. 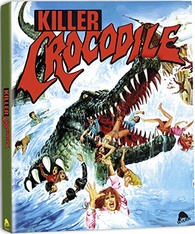 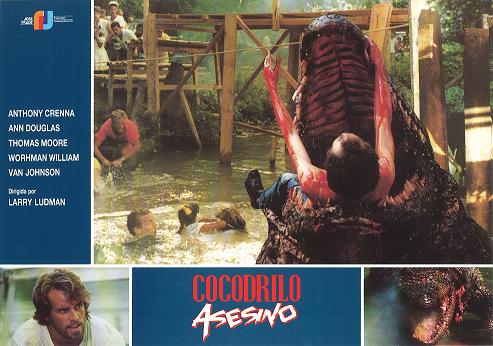 KILLER CROCODILE ultimately proves to be a frustrating viewing experience: not consistently stupid enough to be entertaining, and nowhere close to being a legitimately good film, it’s just kinda there, bobbing up and down in the water like a kinda top. Severin’s presentation of the title, however, is more than satisfactory, and they show love to this title in terms of its PQ and AQ (Italian track aside) and its supplements. Whether or not the film belongs in high-def, somebody had to do it, and it feels right at home in their catalog, anyway. (If you’re feeling adventurous, you can purchase the 2-disc limited edition directly from their website that also includes KILLER CROCODILE 2.) (I’m not feeling particularly adventurous.