Vampire movies have always had an important place in my heart. I was enamored with their disgusting beauty, one that was maintained by taking the lives of others, as seen in INTERVIEW WITH A VAMPIRE and BRAM STOKER’S DRACULA. But I also love the more sadistic children of the night, like the ones from 30 DAYS OF NIGHT, who never try to hide their bloodlust. I love all that is undead, which means I’m always searching for that next good bloodsucker flick. Enter Rob Stefaniuk’s SUCK, a film that takes every fanged trope in the book and puts them into a campy, outlandish package set to the reverberating bass of rock ‘n’ roll. 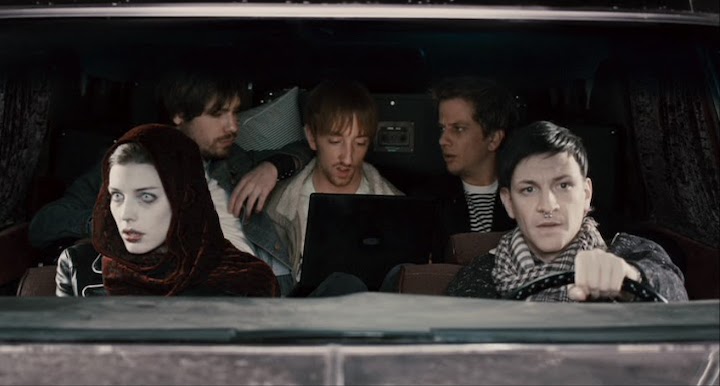 The Winners are a mediocre rock band from Toronto who are searching for their big break. Band leader Joey (Stefaniuk) argues with their alcoholic band manager (Dave Foley) to find some way for the group to keep playing gigs. But the answer doesn’t lie in marketing; it lies in bassist Jennifer (Jessica Pare)—the only female member of the band—being turned into one of the bloodsucking undead by a vampire. Her new look (blue contacts and dark lipstick) fascinate audiences and attract the attention The Winners’ have craved. However, it all starts spinning out of control. Vampire hunter Eddie Van Helsing (Malcolm McDowell) gets wind of Jennifer’s transformation and begins hunting the band to avenge the death of his wife.  It turns out that a vampire in your band isn’t the best PR strategy. 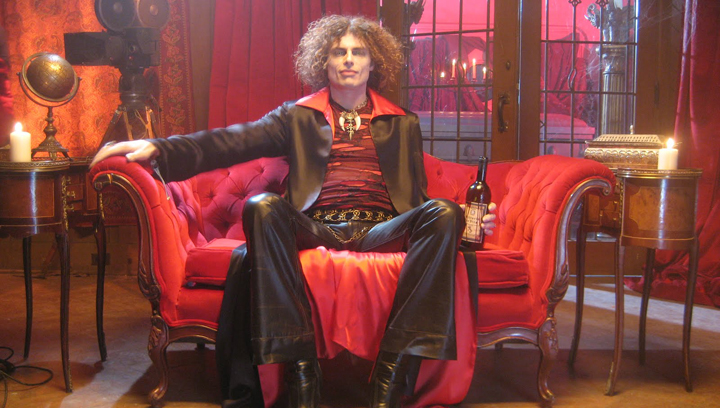 The music of The Winners is the soundtrack and score of the entire film. But SUCK isn’t a musical, per se. There are a lot of musical performances, but they are all part of the film’s diegesis, taking place on dive bar stages or recording studios. The band sounds like the Silversun Pickups without the unique vocals of Brian Aubert or Phantogram without the electronic beats; essentially, they are decent-sounding generic rock that easily blends in with every other band trying to land a record deal. But that doesn’t extinguish their passion. They drive to their gigs in an old smelly hearse, crammed together and snacking on junk food as you do when on the road. This isn’t just a movie about their music, but about what it means to be a band.

On top of the score, SUCK features numerous cameos of rock legends, despite the film’s budget. Alice Cooper is a bartender who appears in Joey’s dreams to confront him about the path he’s taking. Iggy Pop plays a disgruntled audio producer who warns Joey about “Quebecois bloodsuckers.” Henry Rollins is dirtbag radio jockey Rockin’ Roger. Moby is the skeezy Beef who Jennifer quickly devours. Canadian punk rock icon Carol Pope briefly plays a club bouncer. Iconic figures of music history pepper the film, making it feel even more like an homage to rock and the people that made it so important. 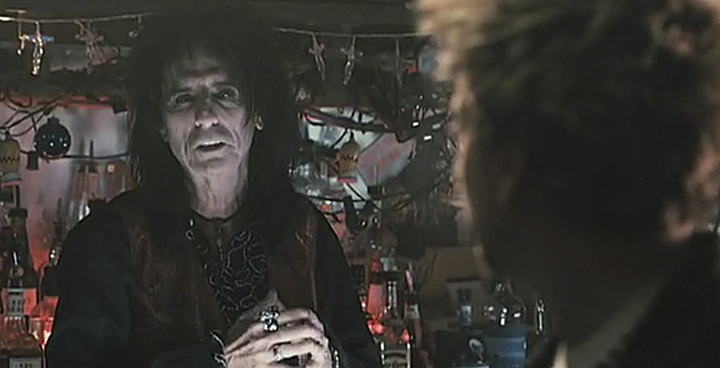 While music lovers will enjoy every rock reference Stefaniuk throws their way, vampire lovers will cheer at the allusions to the lore around the undead. Band member Hugo (Chris Ratz) becomes a slapstick version of Dracula’s Renfield. Yes, he even eats flies as he descends into madness, which here means stress from loading and unloading gear. McDowell plays an eye-patched Van Helsing who runs around bars carrying crossbows. The list goes on and it will delight anyone who knows anything about vampire movies. 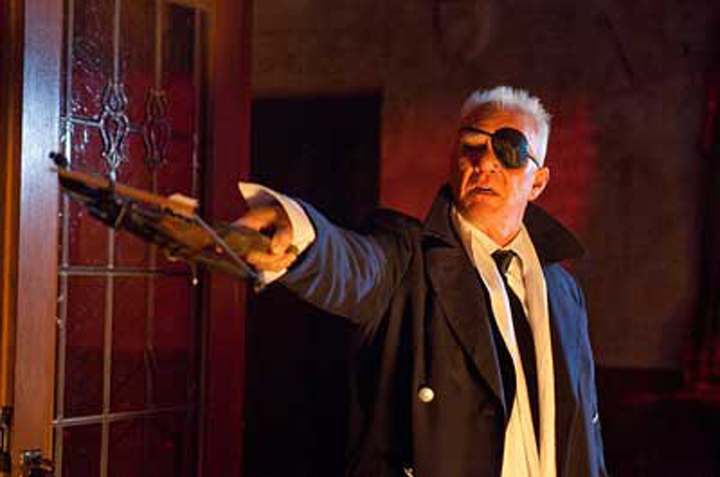 One of the film’s best qualities is just how obvious it is that characters are undead fiends and how people don’t seem to notice until the creature is caught covered in blood. The film opens on a creepy vampire with bright green eyes, pasty white skin, and obvious fangs walking into a bar as The Winners perform onstage. Band members remark on how creepy the guy looks but never really intervene or say anything. They just think he’s another weirdo. Then, when Jennifer comes back to them with bright blue eyes, over-lined lips, and completely new hair, they ask if she’s done something differently when getting ready. It isn’t until she’s caught munching on a human arm that they finally realize something is actually wrong. It’s a delightfully groan-inducing gag.

SUCK knows exactly what it wants to do and that’s to create a fun horror movie about loving music and drinking blood. There are no illusions of grandeur here; Stefaniuk just wanted to make a ridiculous vampire movie that takes the tropes that seem to have turned cheesy and push them to their extreme. SUCK is a film for lovers of rock music and the living legends who represent the genre. Pair it with some scenes of gore, and you’ve got a campy classic on your hands. And remember the words of the late and great Iggy Pop: never trust a vampire.