When it comes to less-than-good movies with nearly perfect soundtracks, we all have our personal favorites. Whether it makes the film more bearable, or contains sentimental resonance, music has the potential to transform an otherwise insufferable movie into an undeniably good time, leaving one to revisit its soundtrack time and time again. Among the best examples of this is 2002’s QUEEN OF THE DAMNED, directed by Michael Rymer and (very loosely) based on Anne Rice’s novel. Visually, the film is loaded with characters clad in leather and mesh, and its soundtrack can be considered the exact aural translation of that — a track listing produced by Korn’s Jonathan Davis of nu-metal anthems that would soon become synonymous with the film. 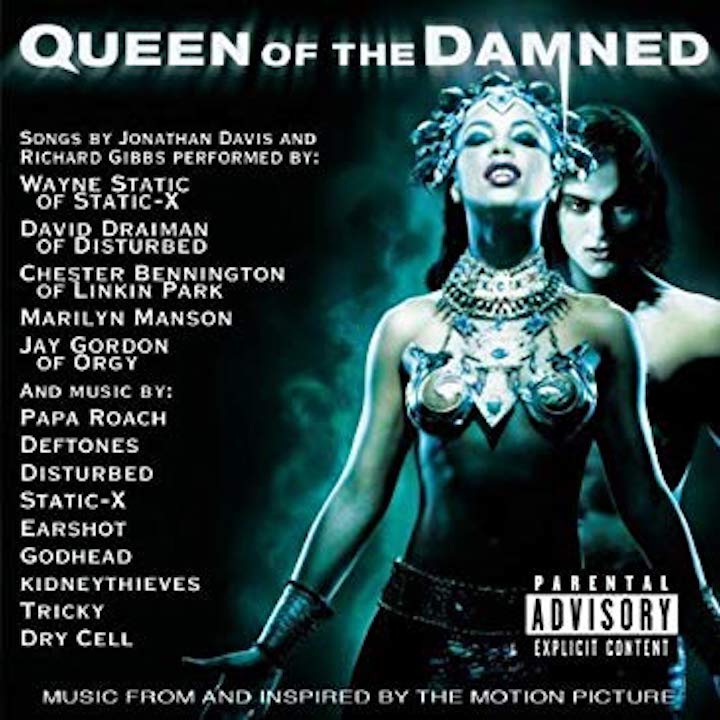 Make no mistake, this is not an endorsement of the film on its own, as the acting is among the worst I’ve ever seen (Aaliyah being completely exempt of this criticism, of course), it looks like it was made for television, and it’s just laughably bad by pretty much every other conceivable criteria. Still, there is something to be said about how well the Davis-produced soundtrack works for QUEEN OF THE DAMNED. It almost becomes an omnipresent character — as if there is no way this movie could have otherwise developed a tone without it. A particular scene that would have completely fallen flat for me without its music is the love scene between Akasha (Aaliyah as the titular Queen) and Lestat (Stuart Townsend) in a tub of roses set to “Change (In The House of Flies)” by Deftones. The actors lack even a modicum of chemistry throughout the rest of the film, and it’s safe to say that this scene would have suffered from the same incompatibility between characters had it not been aided by such an incredibly sexy song. There are also scenes (some of my favorites) inside of a literal vampire nightclub called The Admiral’s Arms which anyone would have assumed was just a regular everyday nu-metal club had they not known better. 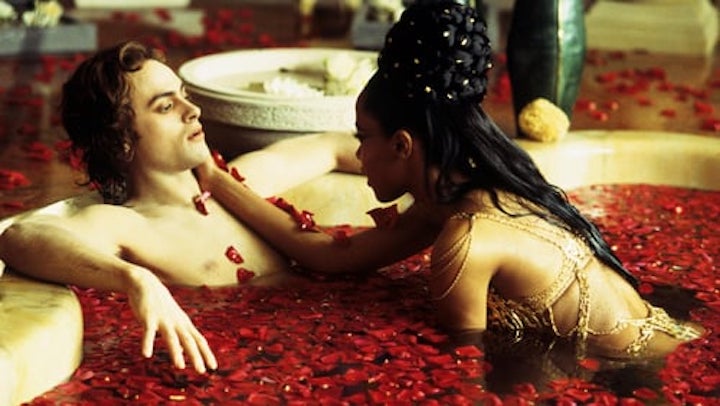 The reason I mention this is because I do think it’s extremely impressive for the film to have established a new aesthetic for the vampire through the team effort of music and set design, in these scenes particularly. The leather clad vampire had certainly been done before in films like NEAR DARK and THE LOST BOYS, but Rymer’s vision feels a lot more metallic than that, owing much of that accomplishment to its track listing. I mean, the entire plot of the film itself revolves around vampire rock stars and its climax occurs at a literal nu-metal concert where Lestat performs angst anthem “Slept So Long!”

There is, arguably, no other reason for the aforementioned scene to have been so long besides needing a reason to put more nu-metal in the film. It’s almost as if QUEEN OF THE DAMNED understands it would be nothing without the music. 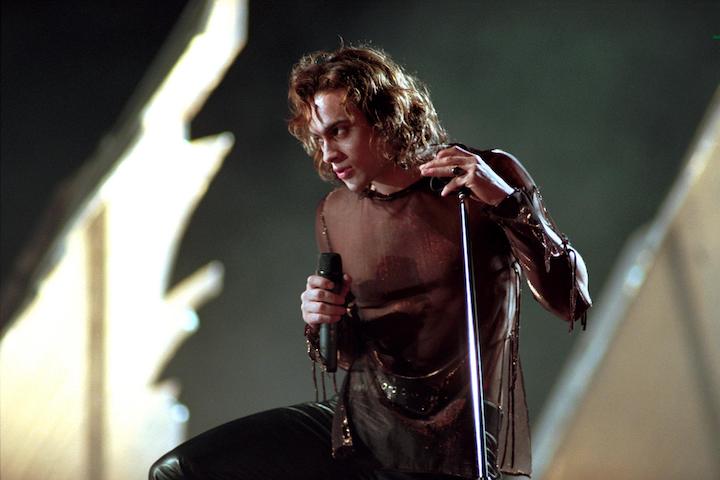 This isn’t meant to dismiss the film itself as unwatchable, because that isn’t the case; it’s a good time to laugh with friends and there is value in some of its visual aesthetics. Still, there is nothing better in QUEEN OF THE DAMNED than its music. I eternally thank the film for introducing me to so many incredible artists — Marilyn Manson, Korn, Deftones, and even Disturbed! And, whether intentional or not, the mastery with which some of the needle drops in the film are executed are indisputable. 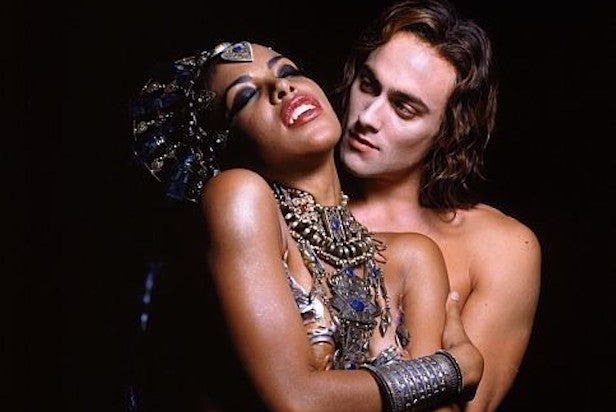 For these reasons, I can’t help but revisit this beautiful mess every Halloween season, and am proud to call it one of my favorite “bad” movies with exceptional soundtracks. 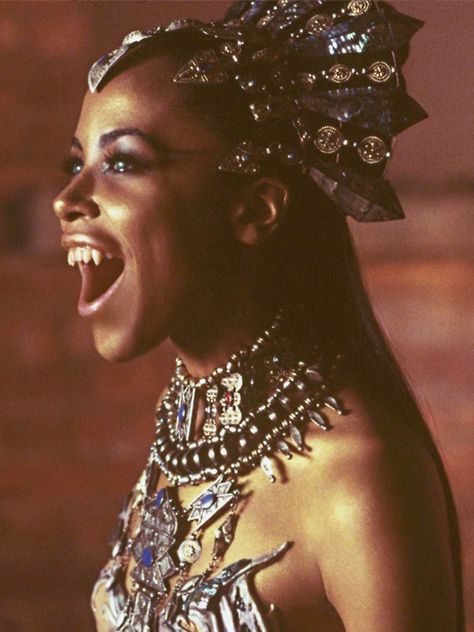 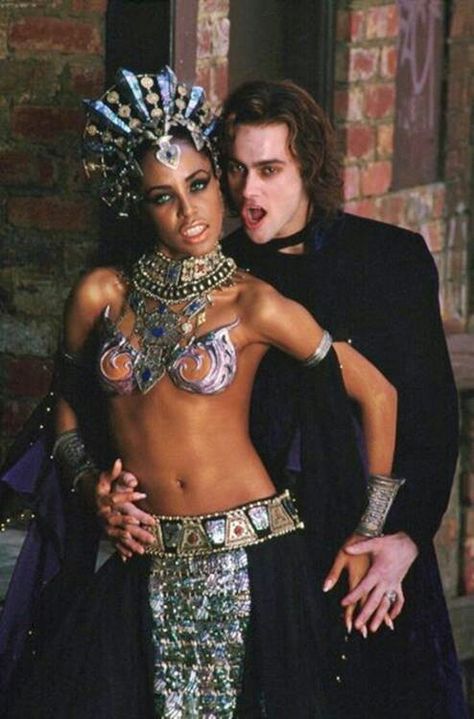 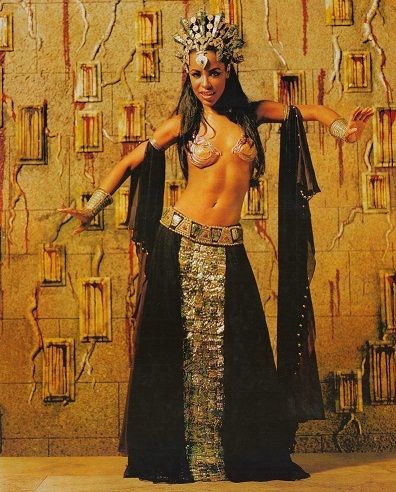