Disney isn’t really known for horror, but when they go for it, they tend to get it right. The “Night on Bald Mountain” section of FANTASIA (1940) was so intense that the studio paired with “Ave Maria.” The Horned King’s undead army in THE BLACK CAULDRON terrified enough children in 1985 that it didn’t get a home video release until 1998. On the live-action front, while RETURN TO OZ was marketed as a fantasy family film, Dorothy’s nightmarish experience at the asylum, Mombi’s collection of severed heads, and the (shudder) Wheelers were undistilled nightmare fuel.

And then there’s the Headless Horseman of Sleepy Hollow. 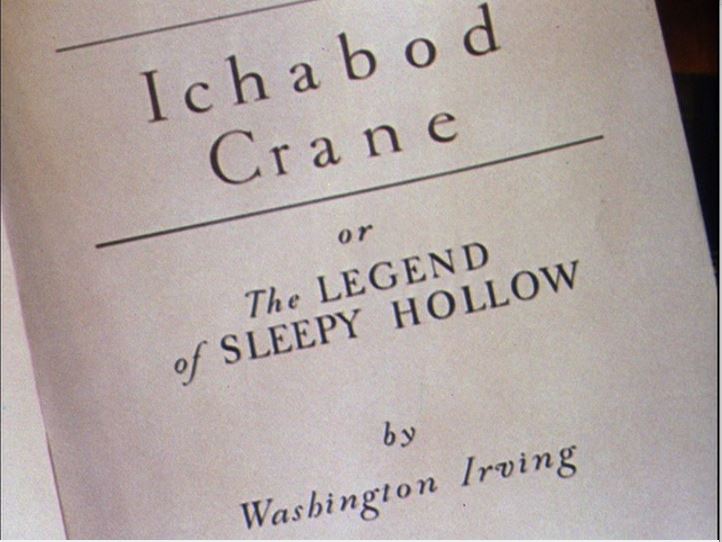 The plot of THE LEGEND OF SLEEPY HOLLOW is based around a love triangle. School teacher Ichabod Crane is new to Sleepy Hollow and is immediately smitten by comely young Katrina Van Tassel and the fortune she stands to inherit from her father. Ichabod’s main competitor for Katrina’s heart is local ruffian Brom Bones (there’s no malice in his mischief, per Der Bingle). Katrina, for her part, plays the two against each other. We never find out who she prefers because she never speaks. But then, neither does Ichabod. Or Brom. Or anyone. 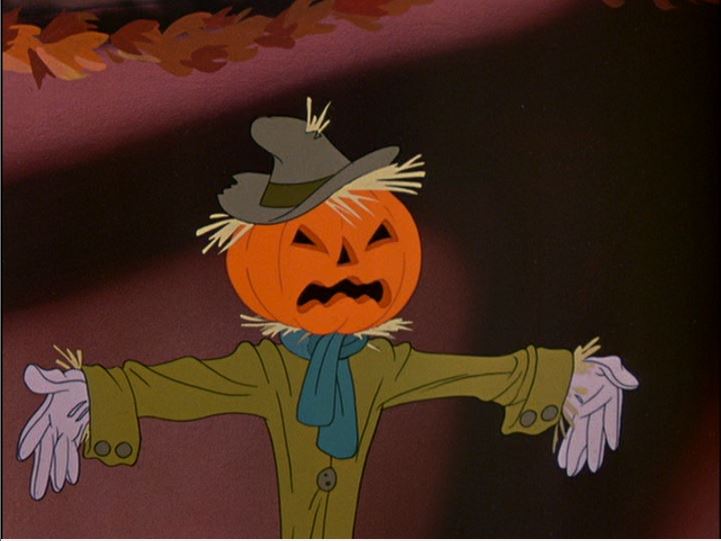 As stated, THE LEGEND OF SLEEPY HOLLOW is narrated by Bing Crosby. But Crosby doesn’t just narrate. He tells the entire story and sings all of the songs. Aside from a couple of incidental outbursts, the only voice you hear is Crosby’s, with the group The Rhythmaires providing musical back-up. Crosby does provide the voices of both Ichabod and Brom, but only when they’re singing. Because Crosby’s voice is so distinctive and powerful, it feels like Ichabod and Brom are borrowing his voice, instead of Crosby lending it to them. It’s a neat trick. 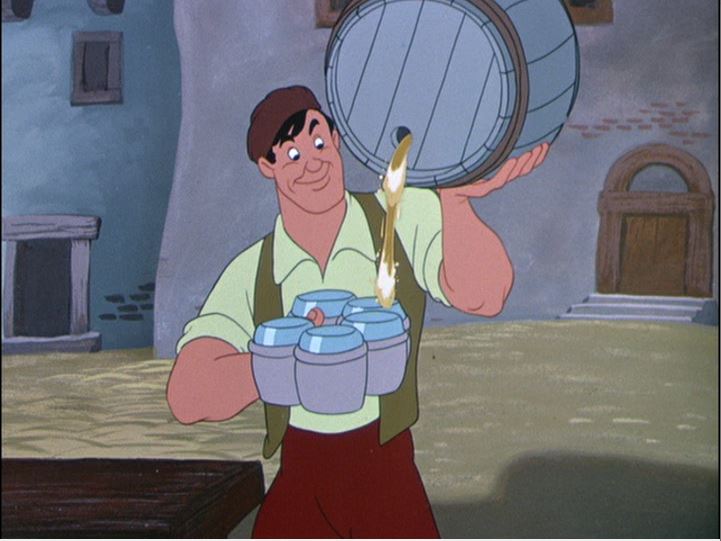 The songs are by Gene de Paul (music) and Don Raye (lyrics). De Paul would go on to write the scores for SEVEN BRIDES FOR SEVEN BROTHERS and LI’L ABNER. Raye’s songs include “You Don’t What Love Is” (with de Paul), “Boogie Woogie Bugle Boy,” and “Beat Me Daddy, Eight to the Bar.” Their songs here are lovely. With “Ichabod,” the entire town reacts to the presence of the odd newcomer in Sleepy Hollow (very much like “Belle” introduces Belle in BEAUTY AND THE BEAST). In “Katrina,” Crosby gives voice to the collective thoughts of the young woman’s suitors with a lilting ballad. But “The Tale of the Headless Horseman” is the showpiece. 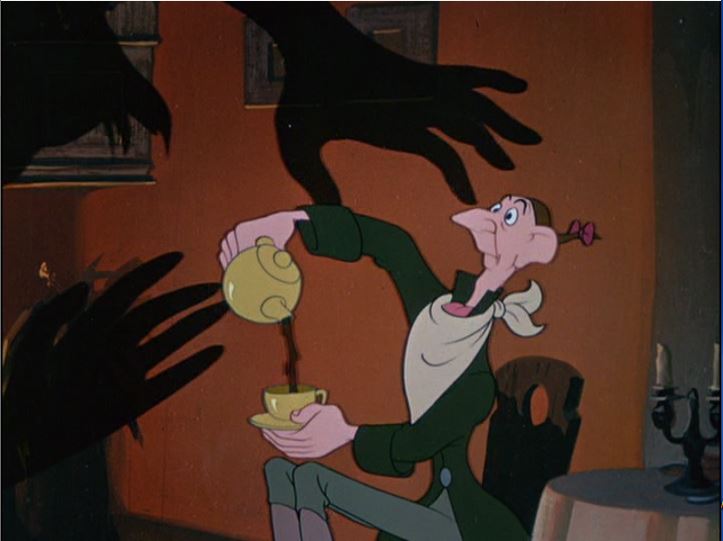 When Ichabod and Brom are both invited to the Annual Van Tassel Halloween Frolic, Brom takes advantage of Ichabod’s superstitious beliefs and regales everyone with “The Tale of the Headless Horseman.” The lamps are dimmed so that the only light is coming from the burning fireplace, casting long shadows over the room and the guests—and especially Ichabod. Brom acts out the tale of a headless horseman who rides one night each year,

With a hip-hip
And a clippety-clop.
He’s out looking for a top to chop!
Don’t stop to figure out a plan,
You can’t reason with a headless man.

There’s no attempt at period accuracy. The music is jazzy, the lyrics are slangy, and Ken Darby’s vocal arrangement is…spirited. 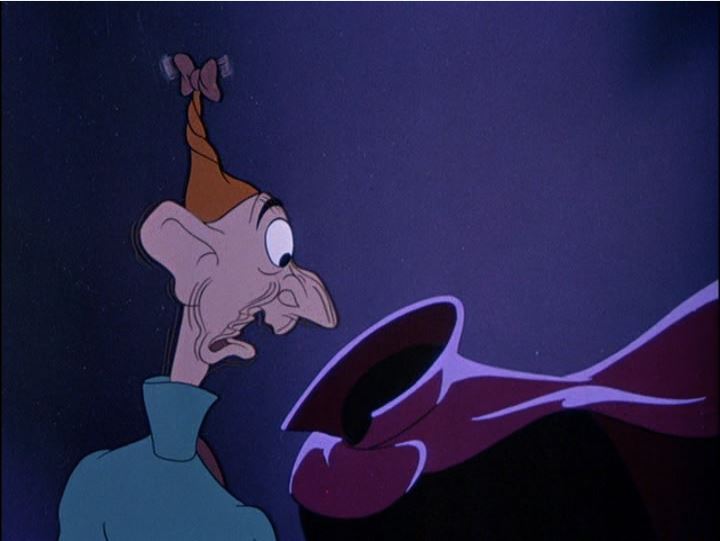 Thoroughly spooked, Ichabod leaves the frolic on his borrowed horse to face the long, dark, ride home. To describe this sequence in any further detail would mean spoiling the scary fun. The animators play up Ichabod’s imagination in a way that’s reminiscent of Disney’s version of Snow White’s terrifying journey through the dark woods. As he and his horse slowly make their way home, there are sight gags, pratfalls, jump scares, red herrings, moments of ingenious farce, and genuine terror. It’s wonderful. Watch it with your kids. But don’t tell them it’s scary. Just say you’ve got a Disney movie you think they’ll like. That’s what my mom did to me. And I turned out great! 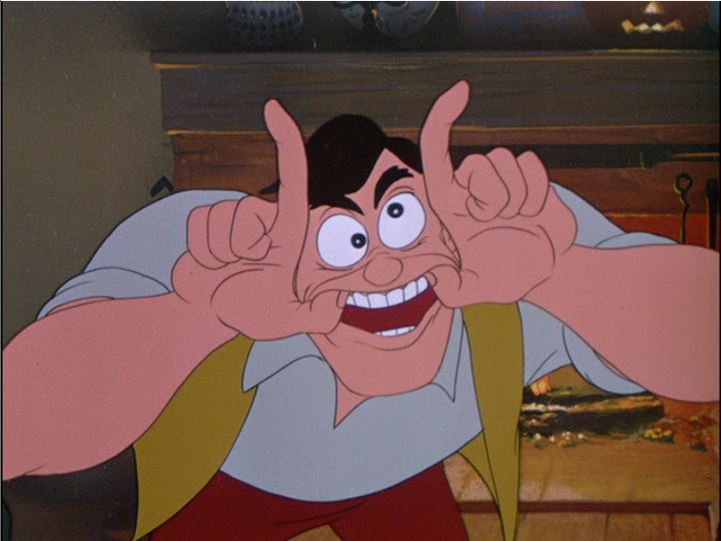