Vinegar Syndrome has been releasing some great stuff from the 1970s era of adult film, but most of their releases so far have covered smaller independent filmmakers. Their latest releases, however, cover two major names: Roberta Findlay and Bob Chinn. His collaboration with John Holmes on the “Johnny Wadd” series set a new standard for adult feature films, and were the inspiration for Paul Thomas Anderson’s BOOGIE NIGHTS (with “Dirk Diggler” standing in for John Holmes and “Jack Horner” for Bob Chinn). Chinn’s career as an adult filmmaker lasted into the 2000s, and spanned dozens of feature films. Vinegar Syndrome presents two of his features from the early 1980s on their latest Peekarama disc: SADIE and THE SEDUCTRESS. 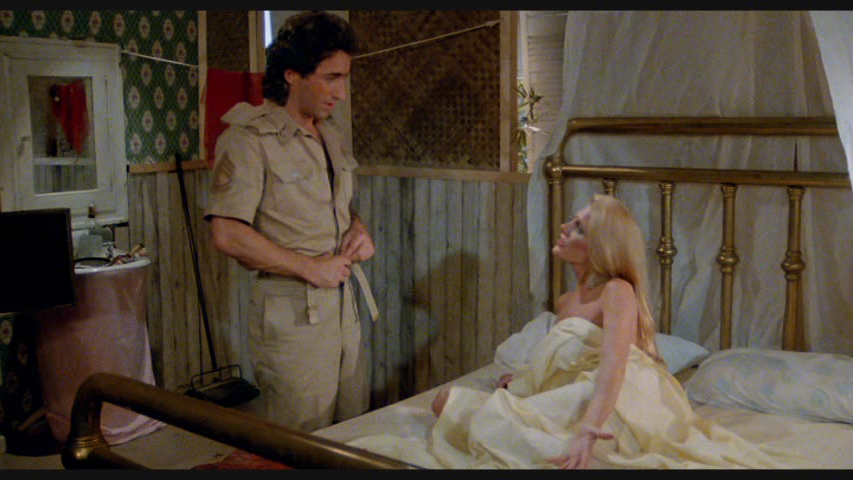 SADIE feels like a clear bid for respectability: based on the Somerset Maugham short story “Rain” (adapted for film a number of times), SADIE features only five sex scenes across its 71-minute running time, only one of which is entirely superfluous to the film’s action. Chinn updates the specifics for contemporary audiences: Sadie Thompson (Chris Cassidy) is a call girl brought to a small bar and inn in Borneo where she has unknowingly been sold by her pimp Harry (Larry Price) to the local Rajah (Rick Ardon, in some deeply unfortunate brownface). At the inn, she meets and falls in love with Jock (Jerome Deeds), a U.S. soldier on R&R. Also staying at the inn is Senator Daniels (Joseph Darling), ambassador to Borneo, and his severely repressed wife (Deborah Sullivan) and virginal stepdaughter Honoré (Diana Holt). 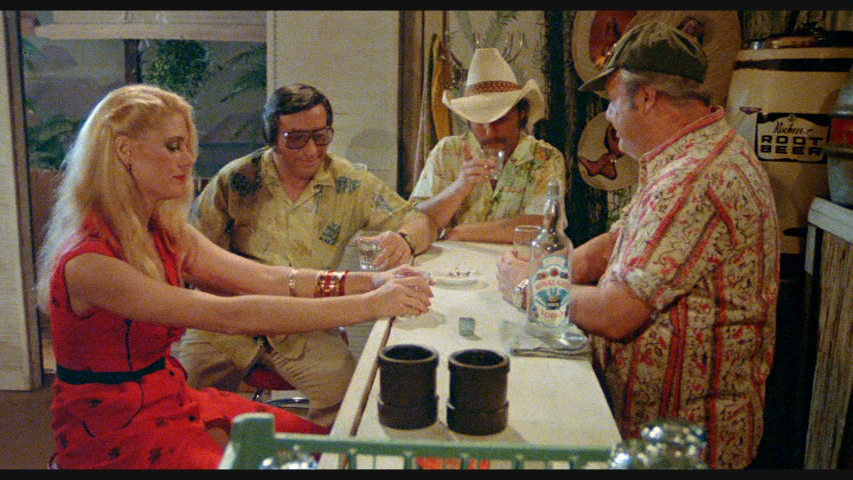 Senator Daniels takes offense to Sadie’s loose morals and rock and roll music, and while Mrs. Daniels wants Sadie booted back to wherever she came from, the Senator is determined to save her soul. Harry runs into some trouble with the local authorities and has to skip town, while Daniels comes up with a plan to bring Sadie to Jesus. Meanwhile, Honoré gets an eyeful of her native roommate Bella (Lisa Loring, though not the former “Addams Family” actress) having sex with another soldier on R&R and shortly thereafter strikes up a relationship with Jock’s horny soldier friend Bear (Gary Eberhart). Jock is sent away as part of Daniels’ plan, and when he returns he finds Sadie has rejected her worldly ways after spending some time in the Rajah’s service. Will these two seemingly star-crossed lovers end up together? 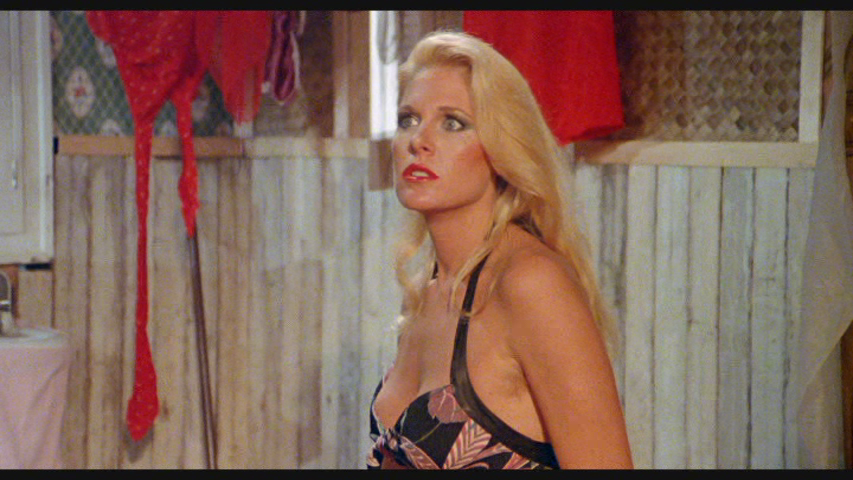 SADIE is much different from much of its contemporaries in its focus on character and storyline. It puts its few simple sets to good use, and even features some simple but effective camera moves. The biggest problem with SADIE, unsurprisingly, is the acting. Jerome Deeds is pretty good as the male lead Jock, but Chris Cassidy as Sadie has to make some major character shifts and unfortunately doesn’t quite sell them. The rest of the cast is mostly fine in their undemanding parts, the standouts being the surprisingly convincing relationship between Honoré and Bear, and Deborah Sullivan as the miserable Mrs. Daniels. SADIE is an interesting look at a porno filmmaker trying for something with a little more depth than a simple sex picture, and worth a watch for that alone, even if it is not entirely successful. 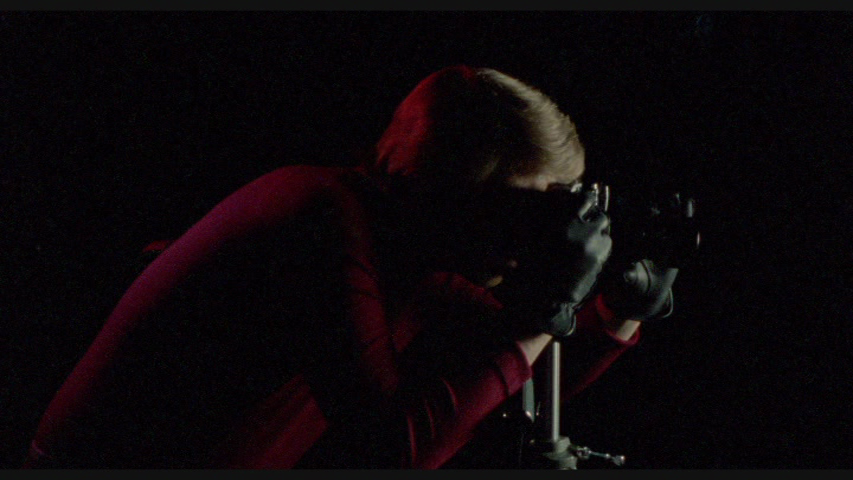 THE SEDUCTRESS, the other half of this disc’s double feature, is much less concerned with such things. Opening with a photo montage of couples having sex under the opening credits, THE SEDUCTRESS sets up what seems initially to be a simple storyline: George (Damon Christian), a photographer, hides behind a mirror and takes pictures of hooker Renee (Lee Carroll) having sex with various men for blackmail. George and Renee have posed as private investigators for Cindy Anderson (Lisa De Leeuw), who hired them to get pictures of her husband Richard (Richard Reynolds) cheating so she can get a divorce. This plan seems to go fine until Renee decides she wants out and blackmails Cindy into taking her place at the next hotel room sting. 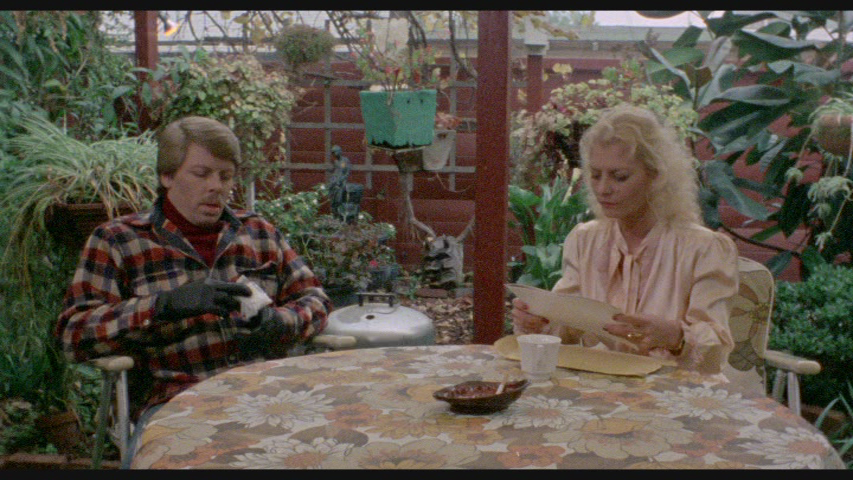 From here, things get really complicated. After the incriminating foursome, Cindy informs her john, er, John (Billy Dee) that his wife probably hired George to take pictures so she could get a divorce. John heads home and confronts his wife Rose (Kathy Harcourt), who has no idea what he’s talking about. George meets up with somebody higher up the food chain and they determine that Renee is out of control. John and Rose—who takes the news that her husband cheated on her with two women in the same night extremely well—hatch a plan to catch the guy they think framed John with his pants down. At some point the audience learns that a bunch of these guys work on some sort of fire safety commission, and then the film inexplicably ends with a couple of minutes of news footage of the 1981 Hilton hotel fire in Las Vegas. THE END. 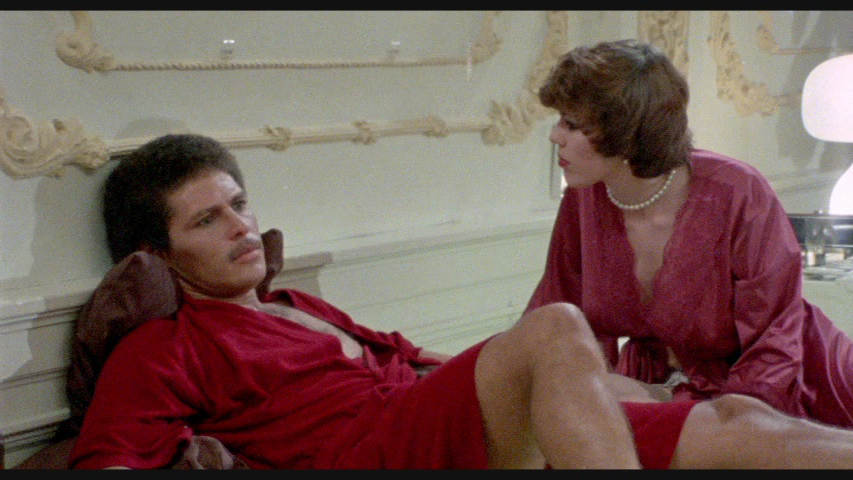 What exactly happened in THE SEDUCTRESS is anybody’s guess, but here the focus is much more on the sex scenes than the dramatic intrusions between them. That said, the lengthy scene between Billy Dee and Kathy Harcourt, which includes a hilarious exchange about his “weenie,” has a disarming charm, with the two characters talking to each other a lot leading up to and during the scene. They really sell the idea of a happily married couple, even if it is stretching credulity a bit that she wouldn’t be a tiny bit upset with his infidelity. Similarly, Lisa De Leeuw and Richard Reynolds are convincing as a couple on the opposite end of the spectrum and at the end of their rope. Still, this is a sex film first and foremost (and on that level it certainly delivers), so anyone looking for SADIE’s level of drama would do well to look elsewhere.

Vinegar Syndrome presents both films in 2k digital scans from the 35mm internegative (for SADIE) and the 16mm camera negative (for THE SEDUCTRESS). Both films look fantastic, and as a bonus the disc includes the original theatrical trailer for each film. As usual, this is a solid release for anyone looking for a way into the imposing world of 1970s and 1980s adult feature filmmaking, perhaps better than most of Vinegar Syndrome’s previous releases thanks to these films’ heavier focus on story and character.