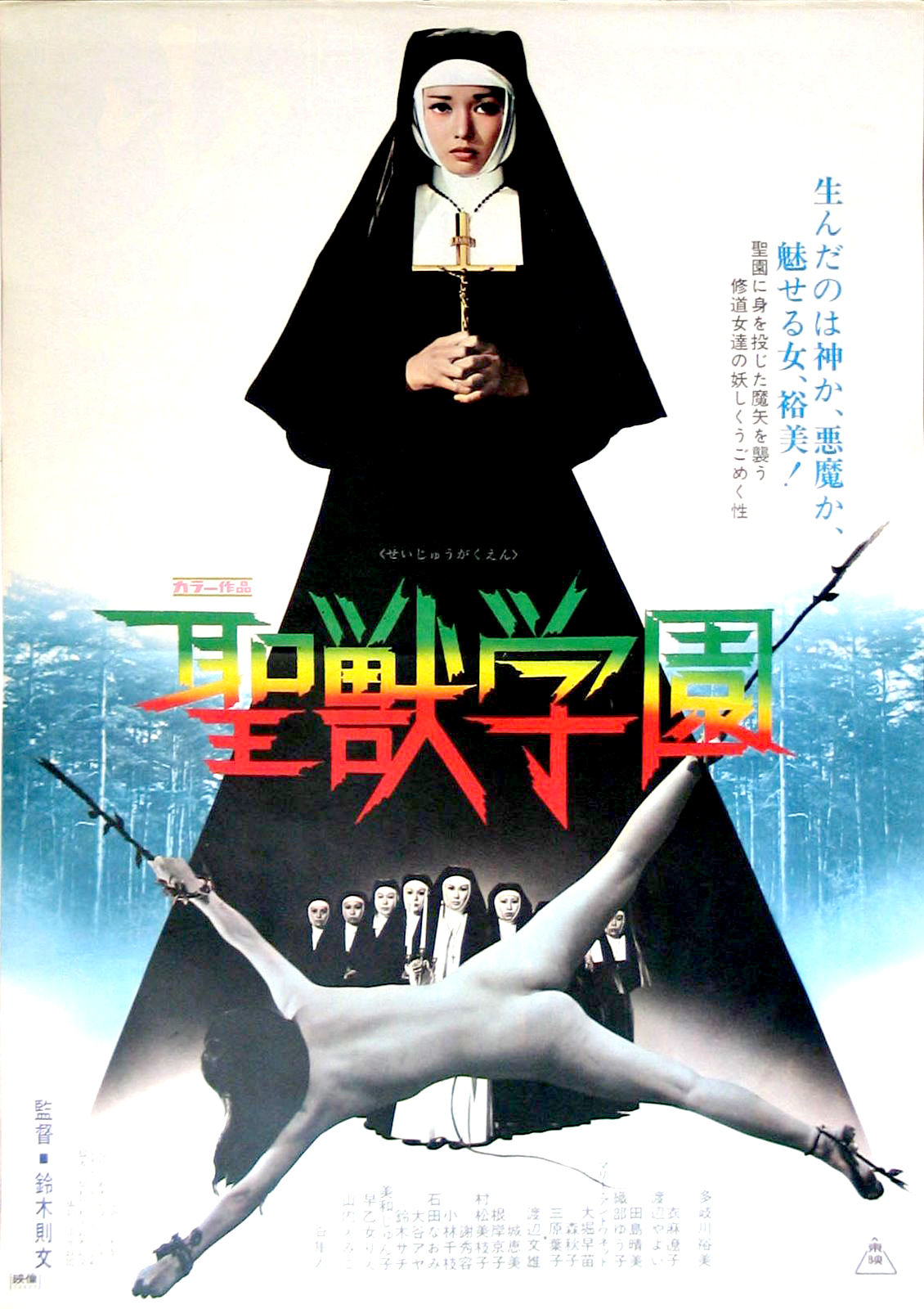 You know that moment when you’re watching XTRO and you forget about the bad movie it’s supposed to be and you get caught up in how competently shot the film is? If your answer is no, then please avert your eyes temporarily. If your answer is yes, then please continue while I butcher the written word and wax poetic on a pile of sleaze and tease from the nunspoloitation genre.

Yumi Takigawa in her big screen debut (she would go on to star in Sonny Chiba’s THE KARATE BEAR FIGHTER and the sequel THE KARATE BULLFIGHTER), plays Maya Takigawa a quiet but curious nun at the Sacred Heart Convent who’s trying to figure out what happened to her dear ol’mum. Her investigation leads to all kinds of nunsploitation staples from the Mother Superior who likes to bump bellies and the Archbishop who likes young nuns, to the S&M torture of naughty nuns which will produce nightmares of flogging (hot as fuck flogging, but flogging none the less).

Directed by the maestro of Pinkie-violence Noribumi Suzuki (SEX & FURY, SUKEBAN GERIRA), SCHOOL OF THE HOLY BEAST is a film that knows how filthy and godless it is and it couldn’t be happier. It rolls around in blasphemy like a pig in shit and produces ample screen time to offend just about everyone who’s looking to get offended. Suzuki was a director for Toei throughout the 60s, 70s, and early 80s and created a smooth style, each frame of film is a portrait: sometimes violent, sometimes innocent, sometimes camp and trash, but always compelling. Just like SCHOOL OF THE HOLY BEAST. Trash never looked so good.