Sometimes, good shit gets past us. And this, well this is the very best of shit, and it ran past us like fat man walking into a buffet. THE TAINT is coming to Blu-ray on 3/12/2013! That’s right, the film that made even Martin Scorsese want to shoot a POV shot from a vagina (that may or may not be true) is coming to bring all kinds of crazy to 1080p. The film that embraced bad taste and worse acting and quickly became one of our favorite no-budget films around. We watch this almost as much as THINGS… almost. We came across news of the Blu-ray over on Diabolik DVD so get to get’n and pre-order now. Trust us, you don’t want to be the only asshole on the block without this. Here’s more from the press release: 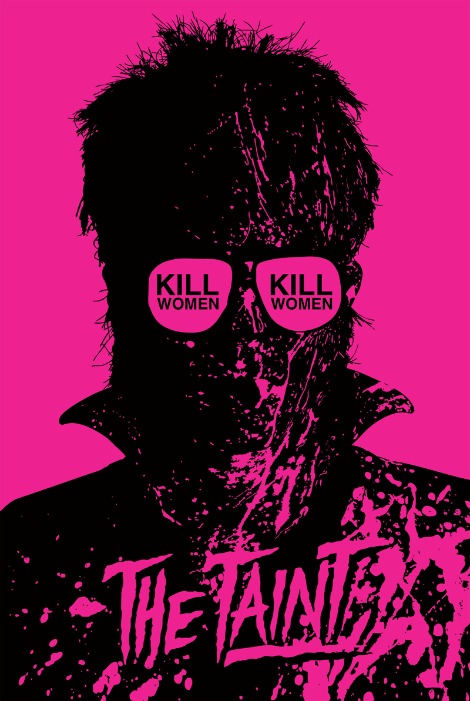 The water is tainted. THE TAINT poisons the minds of men. It turns them into raging misogynists: monsters who want nothing more than to KILL WOMEN. When society is transformed into a land of sadistic violence and horrible brutality, it is up to Phil O?Ginny and his female friend, Misandra, to combat the horrible evil that is “THE TAINT”.

THE TAINT is an intellectual experience. It is an violent and misogynistic film about violence, misogyny, and entertainment. It features sadistic violence, gratuitous sexual content, and scenes of spellbinding dramatic interest. It also contains more cock explosions than any other movie ever.

THE TAINT was directed by Drew Bolduc (creator of THE GODENING!) and Dan Nelson. Drew described the film as, “The ultimate sexually-frustrated-male-nerd-emotional-masturbation-release film, done in the style of an 80?s horror-comedy.”

The low-budget independent film was made in Richmond, VA with the help of many incredibly talented local artists and Virginia Commonwealth University students. It is a testament to guerilla style filmmaking and a great example of what can be accomplished outside of the studio system with very little money.

THE TAINT is a completely original cinematic experience. It is a work unlike any other. David Bow of the Portland Mercury put it best,
“someone else should see it, just to confirm for me that it’s real.”